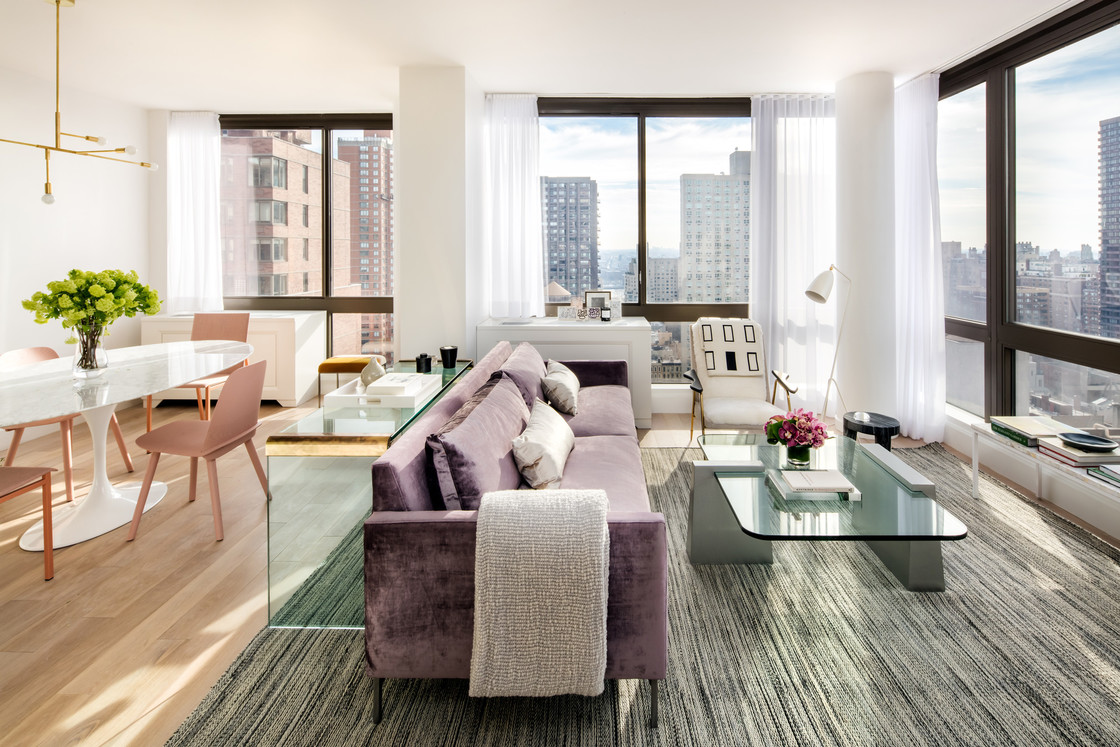 Magnum drawing buyers to Yorkville with luxury for less

Developer Magnum Real Estate Group, headed by Ben Shaoul, is finishing up one of its latest projects in Manhattan, a conversion on the Upper East Side where they are promising more for less.

The building, 389 E. 89th Street in Yorkville, was built in 2002 as a rental. Magnum purchased the building in late 2014 and decided to go condo, gut-renovating the entire building and hiring Australian architect-designer Paris Forino to design the interiors.

Forino’s firm is also designing the interiors for a 50-story Miami apartment building, as well as a 10,000 s/f West Village townhouse that was once owned by publishing magnate Malcolm Forbes.

“We were able to buy a great basis, which allowed us to be able to build an not astronomical numbers,” said Josh Krat, a principal at Magnum. “Most people can’t do that anymore because of the cost of land and materials, and I don’t see things going down. It’s going to be tough for builders to do what we’ve done with this price.”

What they’ve done is paired ultra-luxury finishes and amenities with a lower price tag – in an established neighborhood of the city. The 33-story building has 156 units, ranging from studios to three-bedrooms. The smallest apartment, a 528-foot studio, is listed for $770,000, while the most expensive unit, a 1,582 s/f three-bedroom, is listed for $3.11 million. Two bedroom, two bathroom units start at $2.25 million.

Most of the units are one bedrooms, something that was very much planned by the development team.
“That was important to us because we saw the shift in all of these high-priced luxury units starting not to sell,” said Krat. “We were just seeing that there was none of this product available. There weren’t one bedrooms reasonably priced that you could be attached to – people could actually have a one bedroom in Manhattan and afford it.”

Building amenities include a full-time doorman, concierge, bike storage and additional storage available for purchase, and a landscaped roof deck on the 34th floor with 360-degree views of the city. The building will also offer a children’s playroom on the third floor amenity suite, where there will also be a resident lounge with a full kitchen, screening area with wifi, a fitness center, and an additional terrace equipped with barbecue grills.

The gut renovation began over a year ago, with sales launching in mid-February of this year. Interest has been high and a large chunk of the units have sold so far, with 56 units now in contract, according to sales manager Shannon Boudreau, of Corcoran Sunshine.

“There’s been a huge draw from people all over the city now looking further east and at our building because the subway is opening,” said Boudreau.

The Second Avenue Subway, which after years of setbacks and delayed construction timelines finally has an opening date for Phase 1 of the project this December, will provide much-needed subway service to the Upper East Side. A new subway station at 86th Street and Second Avenue will be just a few blocks away from Magnum’s new building.

“The Upper East Side has always been a great neighborhood, very established, and we’re not really having to convince people about the neighborhood,” said Boudreau. “Especially not with the transportation that’s going to open around the corner.”

Boudreau said once the MTA confirmed that Phase 1 of the project would be completed this year, it drew more potential buyers to the building. But it’s not just the good neighborhood and improved transit that is drawing buyers, it’s the product as well.

“I think in this price point the only things that will be available will be resales that probably need work, so I think it’s much more appealing for a buyer to buy something that’s actually turnkey where you don’t have to change all the materials in the bathroom or redo a kitchen or anything like that,” said Boudreau. “To be able to get this kind of elevated product for what we’re selling at is unusual.”
Krat said the building’s sales so far have exceeded the firm’s expectations, and that it points to a demand that other developers have not been able to tap into.

“I think that area is poised for a comeback, and even if it just continues to improve, I think it’s a great first home for a lot of people, a great pied-a-terre for a lot of people,” said Krate. “We just sold a unit on one of the top floors to an older couple w ho have been on the Upper East Side for the last 30 years, and that’s where they want to stay.”

Donald Trump’s boyhood home in Queens on the market for $1.65M