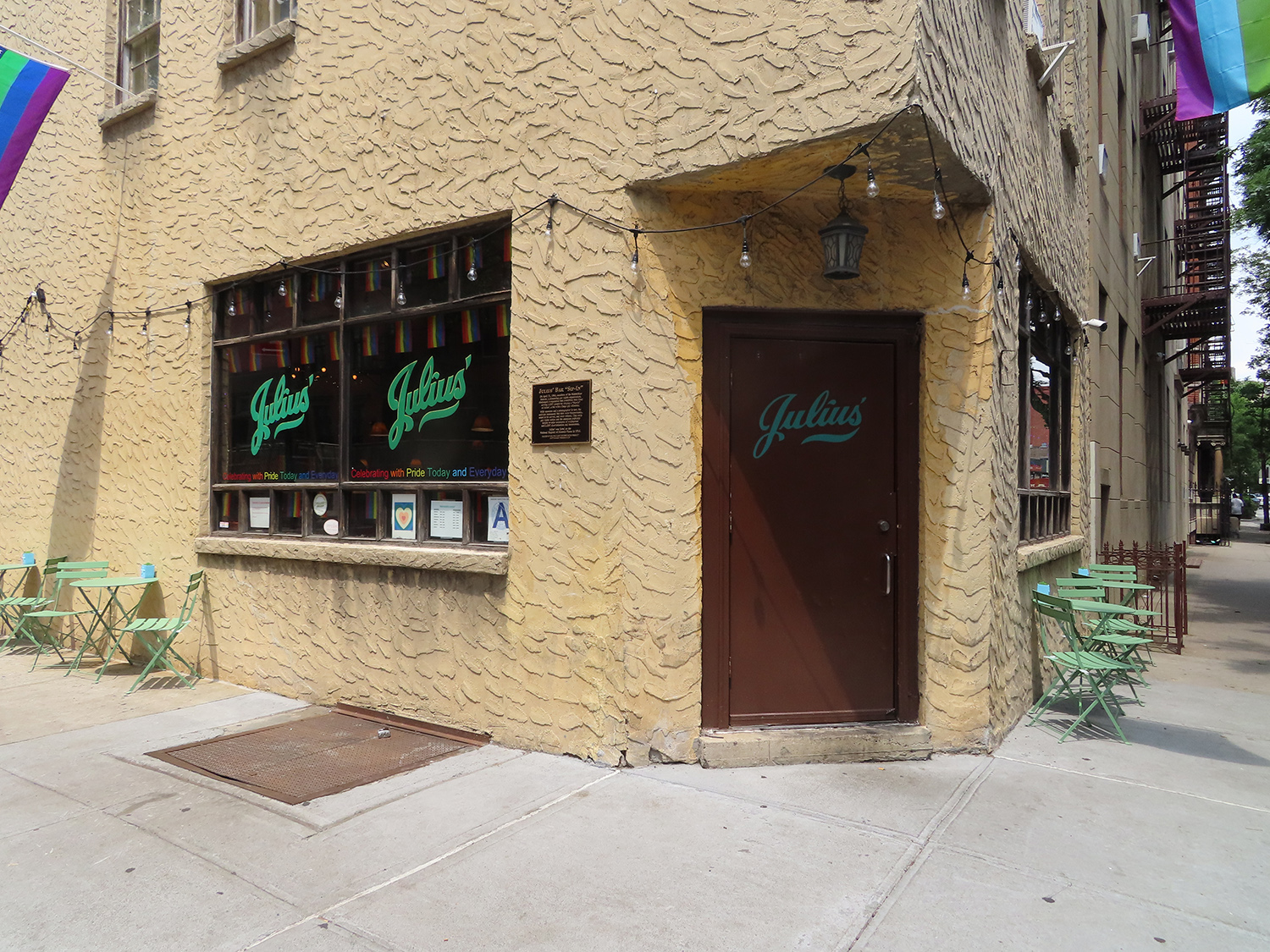 Today, the New York City Landmarks Preservation Commission (LPC) designated the Julius’ Bar Building as an individual landmark. Julius’ Bar is one of the city’s most significant sites of LGBTQ+ (Lesbian, Gay, Bisexual, Transgender, and Queer) history for the role it played in advancing the rights of gay and lesbian New Yorkers.

“The ‘Sip-In’ at Julius’ was a pivotal moment in our city and our nation’s LGBTQ+ history, and this designation today marks not only that moment but also Julius’ half-century as a home for New York City’s LGBTQ+ community,” said New York City Mayor Eric Adams. “Honoring a location where New Yorkers were once denied service solely on account of their sexuality reinforces something that should already be clear: LGBTQ+ New Yorkers are welcome anywhere in our city. Let this designation serve as an important reminder to everyone that LGBTQ+ history is New York City history and that, like Julius’, the City of New York will always serve as a safe haven for LGBTQ+ people to be safe and feel safe.”

“The Commission’s designation of the Julius’ Bar Building today recognizes and protects the site of the 1966 “Sip-In,” an important early protest against the persecution of LGBTQ+ people that drew vital attention to unjust laws and practices and paved the way for future milestones in the fight for LGBTQ+ rights,” said Landmarks Preservation Commission Chair Sarah Carroll. “This building represents that history and has remained an important place to commemorate it.”

“While New York City is known for its skyscrapers, the story of its people and their diversity are no less important to tell,” said Deputy Mayor for Economic and Workforce Development Maria Torres-Springer. “I thank the Commission for designating Julius’ Bar as a historic landmark and recognizing the trailblazing spirit of the LGBTQ+ rights leaders of the 1960s who made this establishment an icon today.”

The Julius’ Bar Building is located at 155-159 West 10th Street in the Greenwich Village Historic District, just a few minutes’ walk from the Stonewall Inn, designated as an individual landmark in 2015. As with Stonewall, the site of the 1969 rebellion that catalyzed the LGBTQ+ rights movement, designating the Julius’ Bar Building as an individual landmark officially recognizes its importance to the history of the movement and cements the moment of a crucial protest as its period of significance.

Three years before the Stonewall Rebellion, in 1966, activists—including three men who would become major figures in the city’s LGBTQ+ rights movement—carried out a demonstration at Julius’ to protest the closure of bars by city and state authorities simply for serving gay people. These efforts were led by the Mattachine Society of New York, the country’s largest gay-rights organization at the time. The event has been known ever since as the “Sip-In.” A signature event in the battle for LGBTQ+ people to gather, socialize, and celebrate openly in bars, restaurants, and other public places, it exemplifies the new eagerness, within the movement at that time, to confront society’s persecution of LGBTQ+ people head-on, embracing direct action modeled on the Civil Rights movement and anticipating the activism of Stonewall and the Gay Liberation movement.

Today, the Julius’ Bar Building, recognized as a monument of pre-Stonewall LGBTQ+-rights activism, appears much as it did at the time of the Sip-In. The building’s presence and appearance are an important reminder of the history it represents.

LPC has been working to identify and designate places that reflect the important role New York City played in moving the LGBTQ+ civil rights movement forward. Earlier this year, LPC announced the launch of Pride: Celebrating LGBTQ+ Landmarks, an interactive story map highlighting individual landmarks designated for their association with people and organizations that made significant contributions to the LGBTQ+ cultural and civil rights movements. Through narrative text, photos, maps, and multimedia content, the public can learn more about the important history behind these landmarks. The site includes places like the Stonewall Inn, one of the most important sites associated with LGBTQ+ history in New York City and the nation, places associated with important groups who fought for equality and provided support like the Gay Activists Alliance Firehouse, the Women’s Liberation Center and the Lesbian, Gay, Bisexual & Transgender Community Center, and the residences of two of the nation’s most important African-American writers and civil rights activists – James Baldwin and Audre Lorde – whose literary work presented honest depictions of bisexual and same-sex relationships.

“As a gay man who enjoys countless freedoms that were unimaginable in their time, I owe enormous debt to the activists who made Julius’ Bar the site of their protest.” said Council Member Erik Bottcher. “Landmarks should tell the history of all New Yorkers, including those from marginalized communities. I want to thank Chair Sarah Carroll and the Commission for their action today and Village Preservation for their longtime advocacy on behalf of this site.”

“We have been proud to support this landmarking initiative and want to offer our sincere congratulations to everyone who worked so hard to make the designation of Julius’ Bar a reality. We are honored to be stewards of this critically important landmark in the history of the LGBTQ+ rights movement,” said a representative of Waverly & Tenth Realty LLC.

“The NYC LGBT Historic Sites Project is thrilled that the Landmarks Preservation Commission has designated the Julius’ Bar Building as an official landmark. One of the first initiatives that the Sites Project undertook after its founding was the completion of the nomination that succeeded in getting Julius’ listed on the National Register of Historic Places for its significance as the site of the so-called “sip-in,” at which three courageous gay men sought to challenge the New York State rule that a bar could not serve a known homosexual. We applaud the Landmarks Commission for its commitment to recognizing sites of historic significance to LGBT history and look forward to working with the Commission on future designations,” said Andrew Dolkart co-director of the NYC LGBT Historic Sites Project.