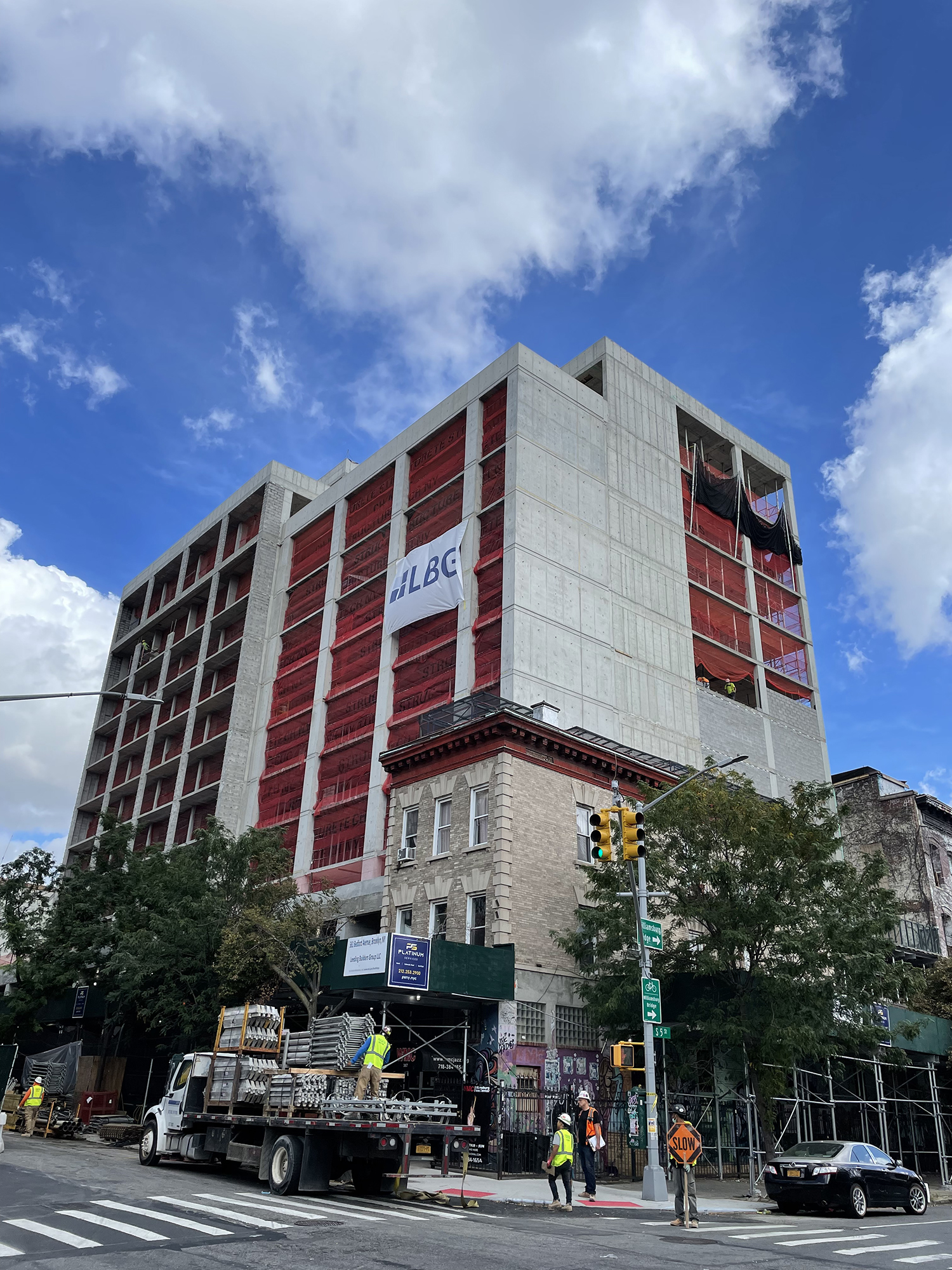 Lightstone  announced the topping out of construction of two Moxy hotels in New York City.

Located at 145 Bowery Street, between Grand Street and Broome Street, Moxy Lower East Side reached its pinnacle at 18 stories.

“We are excited to be expanding our New York Moxy Hotel portfolio with these two dynamic properties,” said Mitchell Hochberg, President of Lightstone. “The success of our first three Moxy’s in Manhattan underscores the demand for our trademark style of hospitality. The timing is also perfect, as New York City makes its dramatic comeback from the past year. We are proud to be part of the city’s renaissance.”

Located just over the Williamsburg Bridge, less than ten minutes from Manhattan, Moxy Williamsburg will feature 216 hotel rooms. Stonehill Taylor is the architect while Basile Studio s designed the interiors. The hotel will have touchless check-in, coworking spaces and two adjoining meetings studios, and a fitness center. It will feature a main-floor bar, café/restaurant, and cocktail lounge. Crowning the building will be an indoor/outdoor rooftop, with a terrace. Leeding Builders Group is managing construction of the project.

Moxy Lower East Side and Moxy Williamsburg are complemented by three additional New York properties including: the 612-room flagship Moxy Times Square property that opened in the Fall of 2017; the 350-room Moxy Chelsea that opened in February 2019; and the Moxy East Village, a 286-room hotel that opened in September 2019.

By the end of 2022, the company‘s portfolio will feature seven Moxy properties in total.