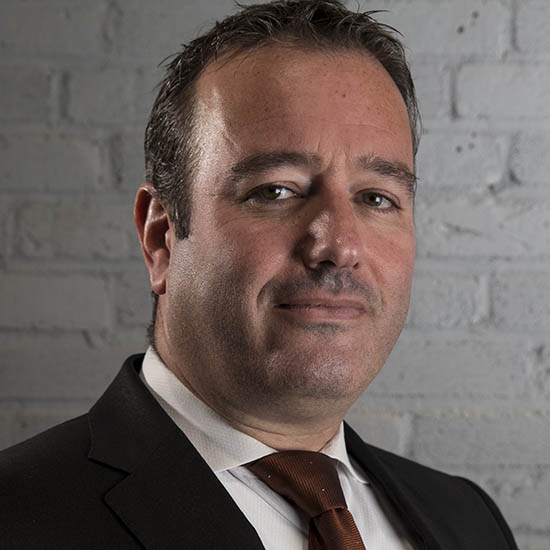 Less is more for Mickey Roth

Galleria Group’s newest location, nestled between 5th and 6th on the fringe of Union Square, more closely resembles a day spa than a brokerage.

The grey and black brick walls are offset by a contrasting rust-colored border and an eclectic collection of rugs dot the hardwood floor.

The bullpen holds residential brokers clad in designer jeans and button-downs instead of suits and ties. They are talking to each other just as eagerly as they talk to their clients.

Under the watchful eye of former Douglas Elliman power broker, Mickey Roth, the army of agents works as a cohesive unit, with teams splitting commissions and responsibilities instead of individuals slugging it out for a pay day.

In a few short years, Galleria Group has gone from a handful of agents in a small office to around 80 employees working out of two city facilities.

In the four years since the company launched, the team has moved more than $1 billion worth of real estate in New York City.

“By building a system that is efficient, you create less need for overhead or people and you can do more things in the way that they are supposed to be done,” said Mickey Roth, founder and principal broker of the Galleria Group.
His goal is simple, yet seemingly impossible.

Roth wants to produce the same numbers as the city’s most powerful brokerages with a fraction of the staff.
No single location in his expanding network will hold more than a couple of hundred brokers. Less is more, if less works together, according to Roth.

“I’ll give you an example,” said Roth. “If one agent is as successful as he can possibly be. If he is working on a transaction and does everything on his, there is a limit to how much they can do.

“If you have two listings and you get a call for one listing, you want to make an appointment. But five minutes later, you get a call from someone who wants to show the next listing at the same time. What do you do? You can only be in one place at one time.”

By deploying a team where each member specializes in a specific stage of the purchasing process, such as negotiations or showings, Roth believes that a squad of brokers can turn over more listings in a shorter time span than the city’s largest entities.

It was this philosophy that earned Roth a reputation as a broker that rarely turned down the opportunity to move a listing, regardless of the size.

According to him, the traditional practice of placing one broker on a given unit severely hampers the ability of both the firm and the individual to make money.

Roth also feels that having more people involved on each sale reduces the risk of a client not receiving the expertise that they require.

“If you don’t love real estate, you cannot do it. It is very tough, it’s very demanding, you have a lot of responsibility,” Roth said. “It’s not like you sold someone a bad TV. They will be mad, but they won’t remember you. If you do something wrong with an apartment, they’ll remember you forever.

“You have to want your clients to remember you forever, but for the right reasons not for the wrong reasons.”
Roth believes that he has those “right reasons” down to a science, and that is why he prefers to hire rookies instead of veteran producers from other companies.

“I want to teach them the right way,” said Roth.

While Galleria’s reach is growing, with plans to open another office location by the end of 2014, it would be understandable if Roth had opted to remain a top producer at one of the most lucrative operations in the city instead of launching his own firm.

“Yes, of course,” said Roth when asked if he had been tempted to remain a company man at Elliman and forgo the pressures of being an owner.

“Douglas Elliman was a good place for me to work, I enjoyed every day. I created and maintained relationships with a lot of people from the company. Of course it’s tempting, but I have other things that I want to build.

“I wouldn’t feel that I fulfilled myself and my dreams. Not only money-wise. Money-wise it probably would have been smarter to stay there, at least for the beginning. But when I am done, it will make sense.”

Roth began formulating his strategy as a 14 year-old boy, learning the family trade under his father in Israel before branching out on his own.

“Tel Aviv is pretty much the same as New York. It’s a metropolitan area but it’s also international. It’s not like a typical Israeli city. You learn a lot about working with different types of clients, different needs, and different approaches.”

Right now, Roth said business across the city is brisk, although the Financial District has him particularly excited. Roth said it offers New Yorkers the opportunity to experience a Tribeca neighborhood without the Tribeca prices.
Galleria is also high on Brooklyn and plans to open an office in or near Williamsburg soon.

While Galleria has yet to enter its fifth year and Mickey’s growing empire is in a formative stage, Roth made it clear that he is already living his dream.

“For me it’s very easy. I believe in it, I think real estate is a smart investment.