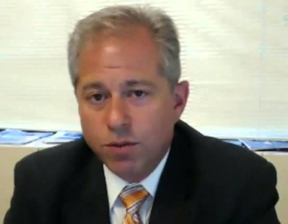 Kevin Swill settling in as big man on crowdfunding campus

Over his 30-year career, Kevin Swill says he has gone “full circle” on all sides of a real estate financing deal.

As a young bank executive, Swill originated CMBS loans. He then switched to Kushner Companies and the borrower side, arranging the financing for its acquisitions. Most recently, Swill has joined investment banking and advisory firm Carlton Group, where he intermediates between borrowers and lenders.

“It’s been a natural progression. I started on institutional side, so I understand everything lenders look for. This made it a lot easier for me,” Swill said.

For his latest venture, Swill is entering uncharted territory. As Carlton’s chief operating officer, he is charged with overseeing the company’s new crowdfunding platform. Its launch in April was a big step for the crowdfunding industry, as Carlton the first established firm entering a field hitherto dominated by startups.

But it was also part of a larger adjustment in the company’s strategy.

Since its inception in 1991, Carlton has dealt exclusively in real estate investment banking, advising clients and arranging financing for deals. But last year, Swill explained, Carlton’s founder Howard Michaels decided to start investing his own money through the company. The crowdfunding platform is part if that new business line, which Swill calls the “principal side” of the company.

The real estate investments advertised on Carlton’s crowdfunding website — some valued at more than $100 million – will be 70 to 80 percent debt-financed. 90 percent of the remaining capital stack will be financed with equity raised through the crowdfunding platform, with a minimum individual investment of $1 million. The remainder will be financed with Howard Michaels’ money.

Swill hopes that by investing its own money in the crowdfunded properties, Carlton will assure other investors of their profitability.

So far, the company has crowdfunded the purchase of a property in Ohio for more than $10 million. Investments currently advertised on the website — only visible to the roughly 2,700 registered users — include a retail center in the Tri-State area for more than $60 million, Swill said, declining to add specifics.

For Swill, running a crowdfunding platform is a genuinely new experience after a career in which he has dabbled in almost all aspects of real estate finance.

After growing up in Smithtown, Long Island, he attended Muhlenberg College in Pennsylvania, where he studied international finance and politics. In his final year, he became President of the student body government and sat on the college’s board of directors as a liaison. This role ended up getting him his first job.

“I became friendly with most of board members, and one of them happened to be vice chairman of Citicorp. He suggested I come for some interviews, and upon completion of approximately 22 interviews at various divisions, I got a job in the Latin American investment banking group at Citicorp,” he recalled.

During the Latin American debt crisis, cash-strapped governments offered U.S. lenders real estate as a substitute for loan payments, which is how Swill got his first introduction into real estate. Later, he switched to Citicorp’s U.S. real estate division, and then to Merryll Lynch, Deutsche Bank and finally CIBC, where he originated CMBS loans throughout the booming 1990s.

During his years at Deutsche Bank, he also worked on loans for Kushner Companies and built a relationship. When Charles Kushner decided to found a new finance arm for the real estate development firm in 2001, he hired Swill to run it.

Swill’s years at Kushner were far from easy. Although he considers his time there a great success, Charles Kushner’s legal troubles soon began to hang over the company. In 2005, Kushner was convicted in a federal court of witness tampering and illegal campaign contributions, and had to leave the company.

“We had to go on a roadshow and prove to everybody that they could still do business with us,” Swill recalled of the time following Kushner’s conviction.

Although some lenders would no longer work with Kushner Companies, many others bought his pitch that Charles Kushner’s troubles were personal and had no effect on the company. Swill said he was able to refinance 22,000 single-family homes.

In 2008, Swill left Kushner Companies following a contract dispute and began a short-lived stint as president and COO of the small public REIT, Wilshire Enterprises, before setting out on his own as an investor buying residential properties and golf courses in Florida.

His other connection to Florida is his 20-year-old daughter, who is a student at the University of Miami.

Around Christmas last year, Howard Michaels called him to offer the job at Carlton. Now Swill, who lives in Bergen County with his wife Lisa, a divorce lawyer, and their 17-year-old son, is back in the business he knows best: real estate finance.

“Real estate is in my blood,” he said. “This is what I was raised to do.” взять займ онлайн

Big money going off the grid