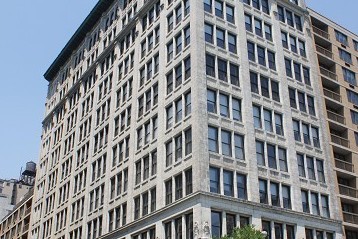 Dennis Someck, principal, and Justin Myers, executive managing director, arranged a 10-year, 9,300 s/f lease on the sixth floor of 19 Union Square West for company that builds technology designed to make moving easier for the 45 million Americans that relocate every year.

The new lease represents an expansion of the company’s current 9,300 s/f space on the 12th floor, which Someck and Myers leased in 2016.

“Adjacent to New York City’s Silicon Alley, Union Square has provided the perfect base for Updater’s offices over the past two years,” said Someck, who represented the tenant. “They have been very happy with the building, which overlooks Union Square, and it has been an easy transition to add this new space for their growing workforce.”

The landlord, 17-19 Associates LLC, was represented by Charles Conwell and James Caseley of ABS Partners Real Estate. Updater will take occupancy on the sixth floor in the summer of 2018.