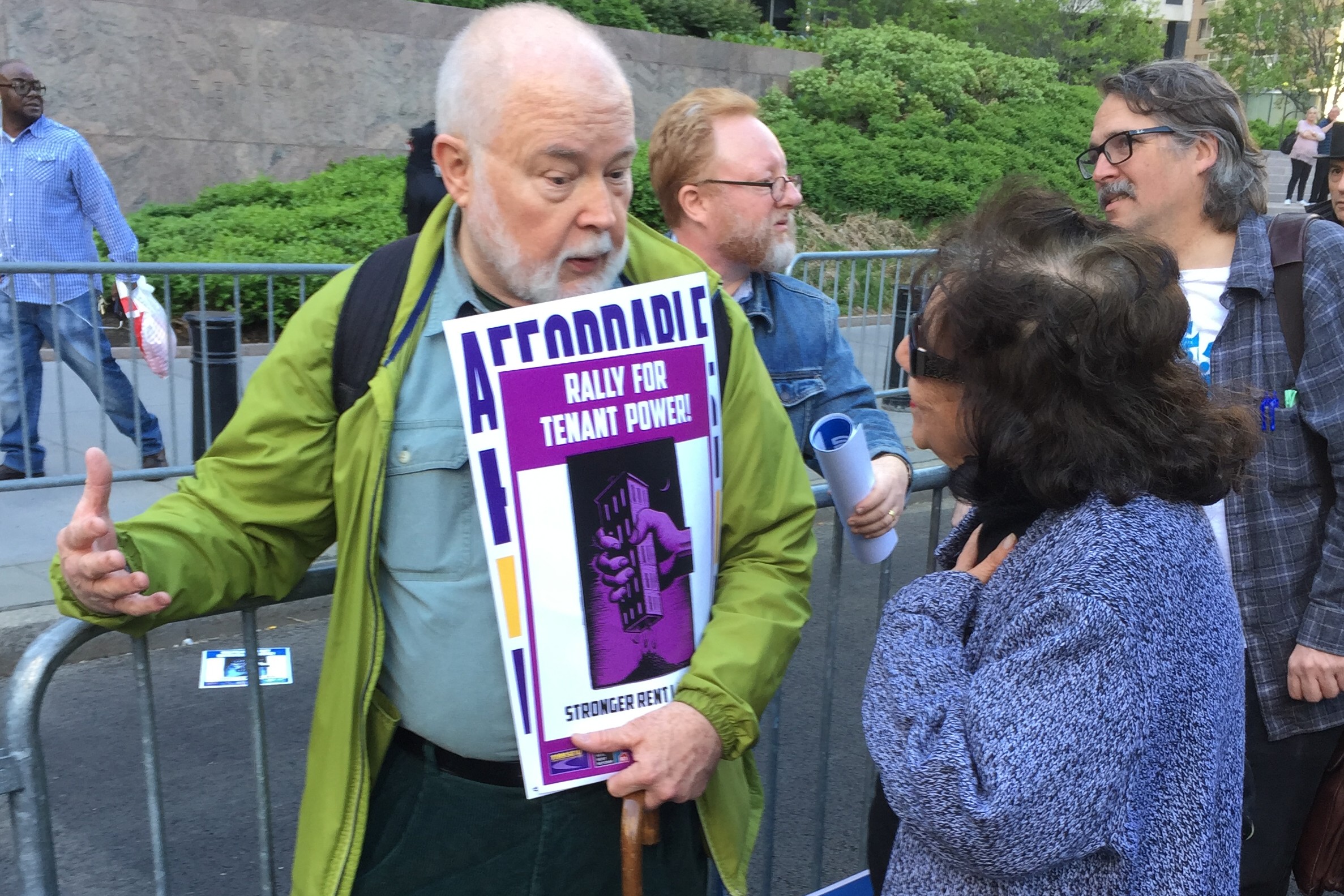 According to the RSA, McKee accused the group of bribing three Democratic senators to vote against tenant legislation.

Now it wants $20 million in damages in a move the RSA believes will “send a message.”

“You just can’t allow statements like that where the allegations are breaking the law, campaign finance laws and bribery,” said Anthony Dougherty, an attorney with Tarter Krinsky & Drogin who represents the RSA. “I don’t understand what he was thinking when he was making these statements.”

According to the lawsuit, McKee, who is treasurer for Tenants Political Action Committee and a member of the Real Rent Reform Campaign and the Metropolitan Council on Housing, made the comments during a May 2 City Council Housing and Buildings Committee meeting.

According to the suit, he told the meeting that the RSA “went to three Democratic senators and promised them $150,000 in campaign funds if they promised to vote against two of our bills that came to the floor.”

The lawsuit added that McKee made these remarks during a longwinded response to Council member Richie J. Torres’ question on vacancy decontrol. McKee allegedly continued to dump on the RSA saying it “did indeed follow through on that pledge to give them $150,00 each.”’

Syracuse senator David Valesky is the only one of the three politicians McKee referenced in his remark to be named in the lawsuit.

Dougherty called the alleged statements “egregious,” adding, “He said we bribed three senators and named a dollar amount $150,000 if they vetoed in favor. That’s just not true.”

Noting that statements made during City Council meetings are recorded and kept in a video archive, Dougherty said he was confident in the merits of the RSAʼs case.

McKee declined to comment to REW, although he told The Real Deal, “This is just sheer harassment. Bring it on.”