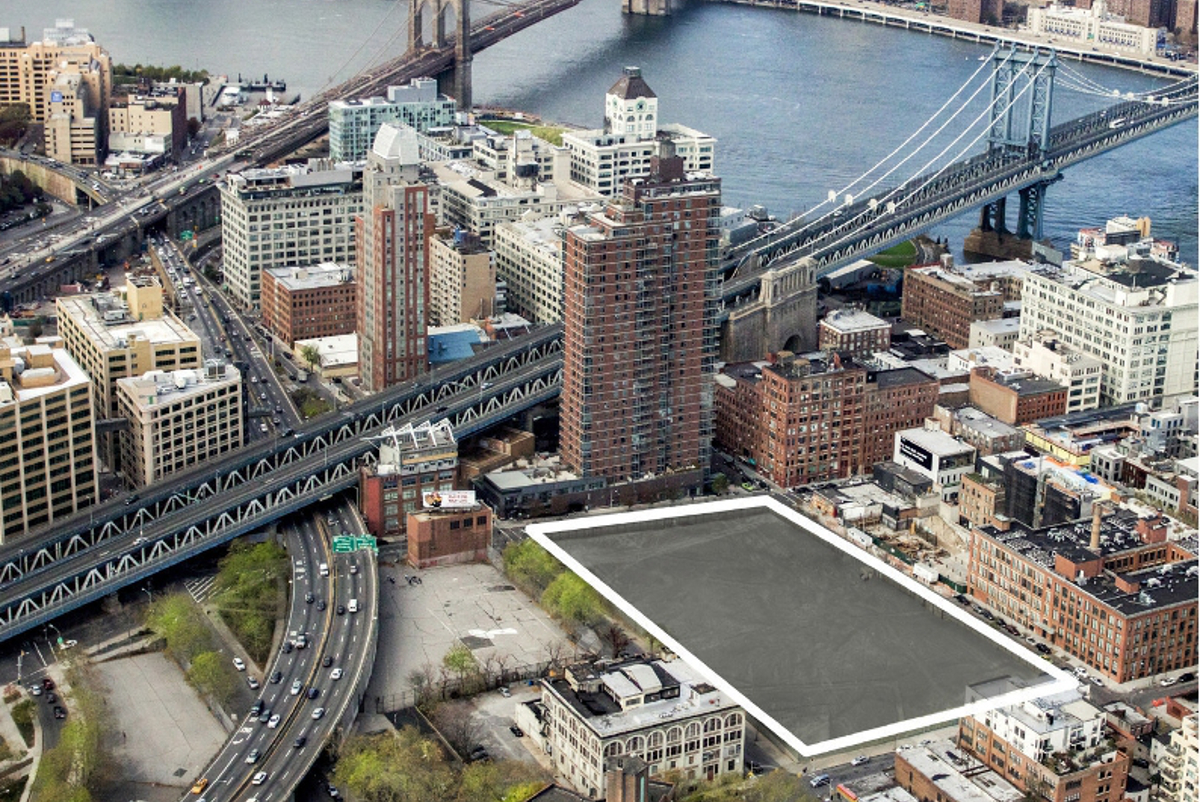 A joint venture of CIM Group, Kushner and LIVWRK has acquired 85 Jay Street in Brooklyn from Watchtower Real Estate for a reported $345 million.

The parcel is currently a 135,000-square foot parking lot in the Dumbo neighborhood, and the partnership is planning a mixed-use project.

“This is a rare opportunity to acquire a substantial property that has by-right development potential for a mix of uses,” said Shaul Kuba, co-founder and principal, CIM Group.

“The site is well-located near transportation, thriving neighborhoods and desirable amenities, making it attractive for a variety of uses catering to residents, businesses, retailers and the needs of the community.”

“85 Jay has tremendous upside, and we’re eager to begin its transformation into a dynamic project just steps from the Dumbo Heights office campus and Brooklyn Bridge Park,” said Laurent Morali, president of Kushner. “We’re excited to continue our work in Brooklyn with the CIM/LIVWRK team.”

“We feel fortunate to be co-developing this game-changing project together with CIM and Kushner,” said Asher Abehsera, Founder and CEO of LIVWRK. “85 Jay Street has long been the hole in the Dumbo doughnut. We aim to introduce a world-class project to the vibrant waterfront district.”

The acquisition comes on the heels of the partnership’s August purchase of 25-30 Columbia Heights, the historic Brooklyn Heights headquarters of the Jehovah’s Witnesses, from Watchtower Real Estate. The 739,000-square foot property set on 2.3 acres includes five addresses: 25, 30, 50 and 58 Columbia Heights and 55 Furman Street.  The partnership intends to renovate and reposition the property into a world-class office campus.

Kushner also partnered with LIVWRK, along with RFR, to acquire the nearby Dumbo Heights campus from Watchtower Real Estate in October 2013. In less than three years, the partnership has undertaken a more than $100 million gut renovation to transform the 1 million-square foot site into a cutting-edge creative office campus in Brooklyn. And Kushner partnered with CIM Group on two notable acquisitions and repositionings in Manhattan that have been sold: 2 Rector Street in the Financial District, and 200 Lafayette Street in SoHo.

In the late 1980s and early 1990s, the block included several decaying buildings. When the Witnesses purchased the site, they intended to develop the property to accommodate their expanding printing operations. The Witnesses opted instead to move their printing, binding, and shipping operations in Brooklyn to their facility in Wallkill, New York.

More recently, the Witnesses relocated their world headquarters from Brooklyn to Warwick, New York, and over the past several years, have been selling their real estate holdings in the Brooklyn Heights and Dumbo neighborhoods.

Richard Devine, a spokesman for the Witnesses, said: “Properties like 85 Jay Street don’t become available every day, especially in view of its size, location, and potential future use.”

The 10 most valuable multifamily deals of 2016