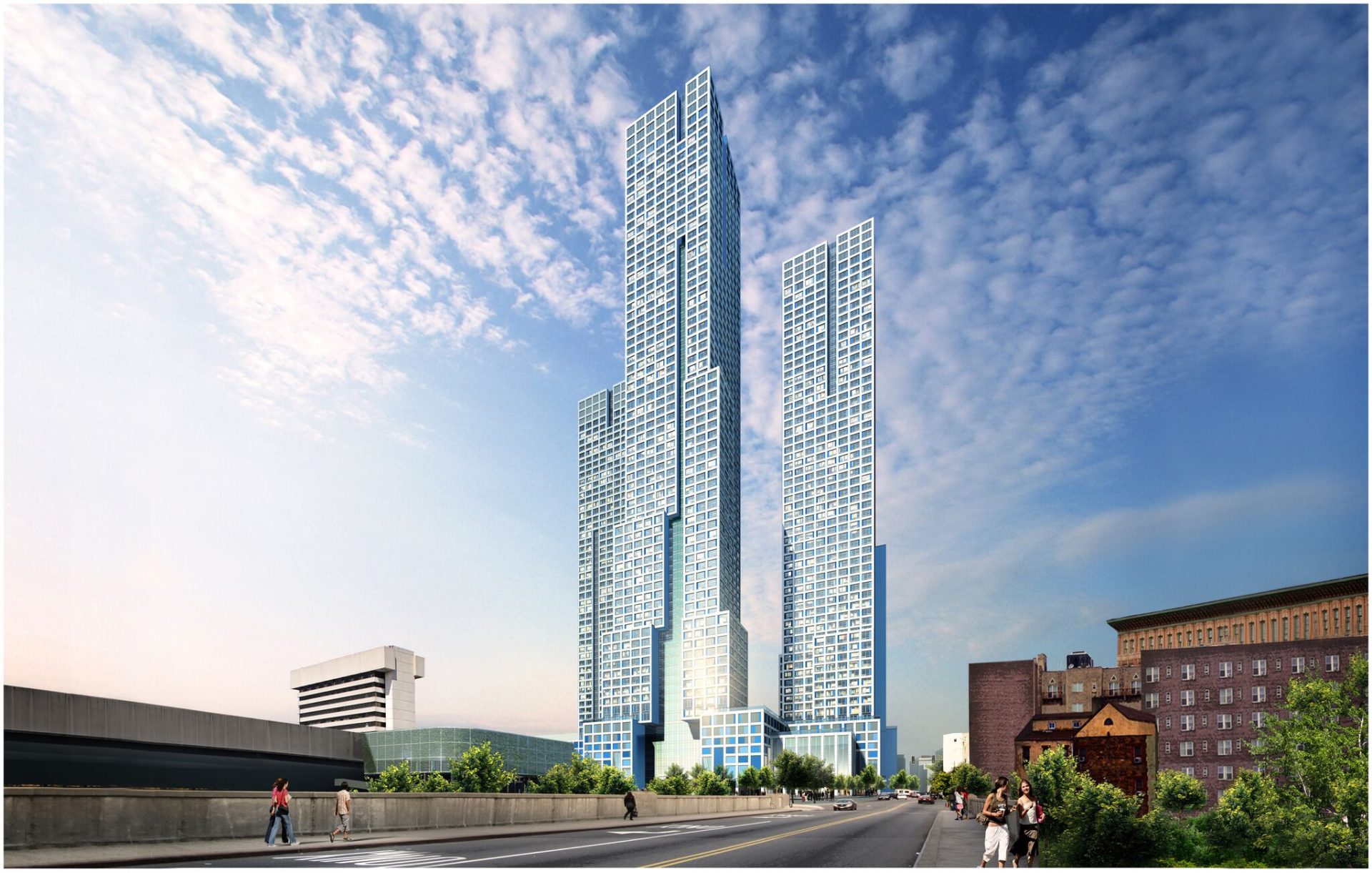 “The closing of this loan signifies another important milestone for the Journal Squared development, which will continue to bring much-needed housing to this transit-centric neighborhood,” said Jonathan Kushner, President of KRE Group. “Construction of the second tower is already well underway and we look forward to bringing it to completion in 2021.”

“This financial commitment lends further credence to the vibrant revitalization underway in the Journal Square neighborhood and lays the foundation for continued growth in the decades ahead,” said Jeff Kanne, President of National Real Estate Advisors.

Designed by Hollwich Kushner and Handel Architects, Journal Squared will include three buildings, and bring a total of 1,840 rental residences to the area.

KRE and National broke ground on Journal Squared’s Tower Two in Spring of 2018. Slated to top out in 2019, Tower Two, a 71-story building, will rise to 754 feet, making it the tallest of the three towers. When finished, it will include 704 residences and a collection of modern amenities.

Clad in aluminum panels and standing at 563 feet in height, Tower One was completed in 2017, making it the neighborhood’s tallest building to date and the third tallest building in Jersey City. The 53-story building’s 538 apartments, ranging in size from studios to three bedrooms, were fully leased within 10 months of launching leasing efforts.

Journal Squared will add 36,000 s/f of retail and restaurant space, including the café, WHEALTH, as well as a new pedestrian plaza known as Magnolia Landing, which leads to the adjacent transit hub.

Since its grand opening in the summer of 2017, Magnolia Landing has served as a venue for farmers markets, seasonal activities and community events.