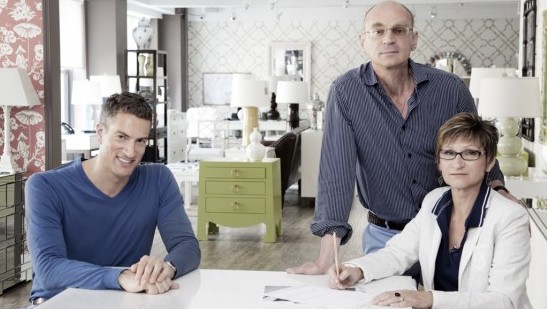 Koeppel Rosen, the leasing and management agent for the Rosen portfolio, has made quick work of filling a boutique Flatiron building owned by the family.

The deal leaves just the ground floor retail space to fill at the property, which has proven to be a touchstone to a creative tenancy that includes UK tech superstar MPB, the Batali & Bastianich Hospitality Group, a marketing center for Toll Brothers new Gramercy condo and the women-only co-working space, The Wing.

Reiss said Bungalow 5  – a furniture design company run by a group of architects and designers – fell for 45 East 20th fast.

“Given Bungalow 5’s outstanding growth in recent years, the search for a new showroom was focused on two principal upgrades: location and exposure,” said Reiss. “The second floor at 45 East 20th Street is not only central between Union Square and Flatiron, it also offers over-sized windows that face 20th Street. And, given the caliber of building and ownership, it quickly surfaced as an obvious choice.”

The location of the 12-story Frederick C. Zobel-designed building was a big draw for Batali & Bastianich, which operates the nearby Eataly, and Toll Brothers found it convenient to its new project at 122 East 23rd Street.

The Wing —founded by Lena Dunham pal Audrey Gelman – had its space at the Rosen building designed by Leong Leong, with interiors by Chiara de Rege and Hilary Koyfman of CDR&Co. Gelman told Curbed she wanted the 5,000 s/f to feel homey with plenty of light and air.

The building’s location within the Ladies Mile Historic District presented ownership with special challenges when updating the property following the departure of a long-time light manufacturing tenant who shut up shop after the owner retired last year.

Goodkind said minor renovations were done in adherence with landmark guidelines, but added, “There was no magic formula to leasing up the building. The property itself and the location are just perfect for the demand that’s out there right now.”

The 5,000 s/f floor plates and high ceilings at 45 East 20th Street proved to be a sweet spot in the market for up-and-coming firms who put Goodkind, and his ownership, in the enviable position of being selective about tenancy.

“We brought in good tenants in terms of both credit and fitting into the whole vibe of the building,” said Goodkind. “These are exciting companies that bring a lot of color to the building and energy to a neighborhood that is very hot right now.”

Six months and four new tenants into his assignment, Goodkind is now turning his attention to the 3,369 s/f ground floor retail space which also has a 2,537 s/f basement.

Already, he said he’s turned away potential tenants. The neighbors include some of the hottest restaurants in the country right now, including  LA sushi star Sugar Fish, which opened this week, the above mentioned Eataly, ABC Cocina, Boqueria, The Breslin,  and  Beechers Hand Made Cheese, not to mention established favorites such as Gramercy Tavern and Eleven Madison.

“We have some of the best restaurants in the world, all of the subways right here, a lot of residential development, cool stores and fancy retailers,” said Goodkind, who believes the Rosen ground floor would suit a restaurant concept.

“It’s a very cool space with high ceilings and situated on a street with an exciting dining scene,” added the leasing broker.

The Flatiron District has quietly become one of the most expensive office markets in the city. According to the Flatiron/ 23rd Street Partnership’s latest annual report, asking rents for Class A and Class B office spaces in the area have almost doubled over the past decade from $39.26 psf to $69.94 psf.  That amounts to a 78 percent hike

The demand for office in the area space was driven by TAMI sector, which accounted for 48.5 percent of lease signings this year. Recent move-ins  include tech firm Grovo and content discovery platform Taboola.

The neighborhood, which is now claiming the title “The Fitness District,” is home to 47 fitness gyms and studios, and there are now more than 200 restaurants and bars in the area.