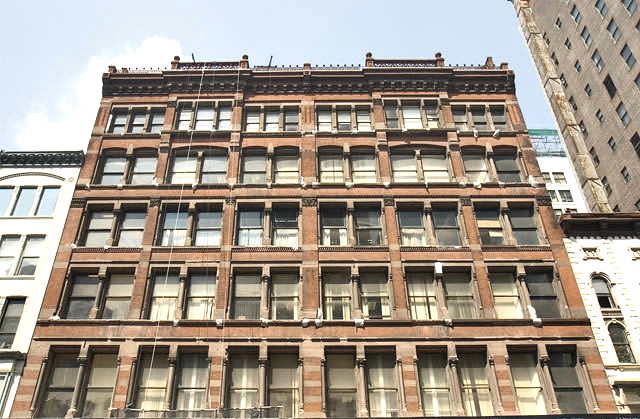 Knotel powering into New Year with 80,000 s/f in deals

In the largest transaction, Knotel agreed to lease 51,000 s/f of space at the Rosen Family’s 27 West 23rd Street. The deal encompasses the entire 2nd and 3rd floors of the building. Knotel was represented in the transaction by Elie Reiss of Skylight Leasing, while the landlord was represented by Danny Breiman of Olmstead.

Last week it was reported that Knotel also took a 7,629 s/f full floor at the Rosen Family’s 443 Park Avenue South in a transaction negotiated by David and Max Koeppel of Koeppel Rosen.

Knotel has also inked deals for:

And 6,044 s/f at Savanna’s 31 West 27th Street located between 6th Avenue and Broadway. Savanna was represented in the transaction by Patrice Meagher, Paul Amrich, Neil King and Meghan Allen of CBRE. Knotel was represented Michael Morris and Greg Digioia from Newmark Knight Frank.

“We are thrilled to expand our presence in Midtown South’s Flatiron neighborhood,” said Eugene Lee, global head of real estate & business development at Knotel. “These new transactions illustrate the continuous and strong demand we are seeing for flexible office space in that area of Manhattan.”

Knotel – which designs, builds and operates custom spaces for companies of 50 employees or more – was founded in New York City in 2016 and caters to established and growing brands. It has quickly expanded nationally and internationally, with additional locations in San Francisco, London, Los Angeles, Berlin and Brazil.

Knotel currently operates more than 100 locations, with plans to expand in existing cities, and into new markets in the U.S. and overseas. Today, over 200 companies call Knotel home.