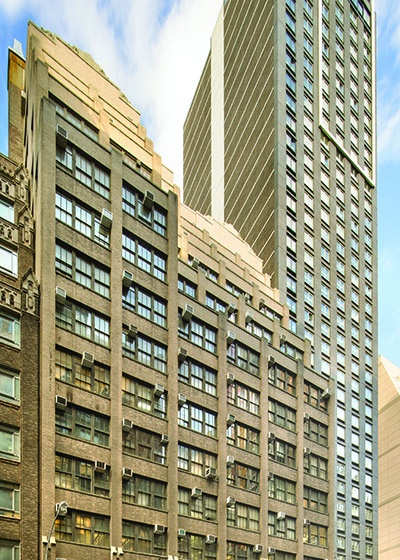 The Fashion School at Kent State University is renewing and expanding its space at 315 West 39th Street, according to Handler Real Estate Organization, who arranged the deal.

The Fashion School is adding 1,500 square feet to its footprint, for a total of 6,000 square feet in the building, and will occupy space on the third and fourth floors.

The school was established in 1983 and provides its Fashion Design and Merchandising majors with a chance to showcase their talent and innovation in real-world settings. The school has earned a consistent ranking among best fashion programs around the world.

Ownership was represented by Handler CEO and Principal Scott Galin along with EVP Darell Handler and Associate Helen Kim. Galin said that the Fashion School renewed and expanded its space at 315 West 39th Street to serve its expanding programs, while remaining in a vibrant and well-run building with convenient access to transportation, excellent food, lodging, and retail.

“We are incredibly pleased to be able to grow our presence for the NYC Studio to support our requirement that each fashion student participates in at least one of our study away program experiences prior to graduation,” the school’s director, J.R. Campbell, said. “The NYC Studio is the keystone of our suite of study away programs, which we call ‘FSGLOBAL.’ In New York City, Handler Real Estate Organization and the Garment District Business Improvement District teams have both been fantastic partners in our success with the programs.”

Handler’s 315 West 39th Street appeals to several industries including creative arts, nonprofits, design, media, fashion, education, and technology in one of the city’s most in-demand neighborhoods. A full lobby renovation is currently being planned.

Other firms to sign leases at the property of late include LEDA, the International Legal Foundation, Highstreet IT, Cut Showroom, iManagement, Vladimir Spencer, and Acme Studios, among many others.