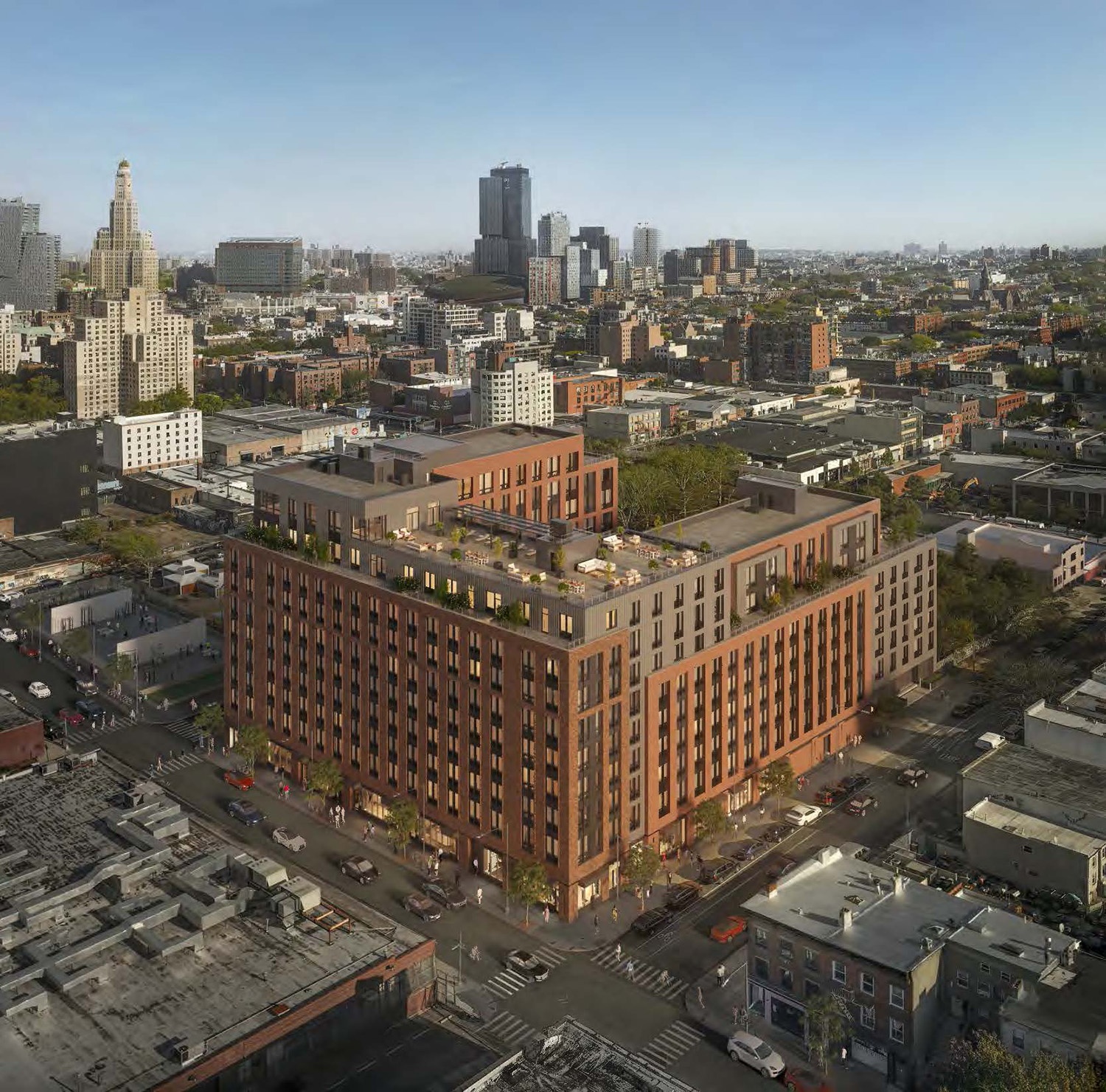 JLL Capital Markets announced today that it has arranged $142 million in construction financing for Majestic, a ground-up, Class A mixed-use development with 255 multi-housing units and 18,000 square feet of commercial space, located at 540 DeGraw St. in the rezoned Gowanus neighborhood of Brooklyn.

JLL worked on behalf of the borrower, a partnership of Domain Companies, the Urban Investment Group within Goldman Sachs Asset Management, Vorea Group and Mega Development, to secure the loan through U.S. Bank. The project team includes Handel Architects with landscaping by FutureGeeen. The total capitalization of the project is $230 million.

Scheduled for completion in 2025, the 12-story, mid-rise building will allocate 25 percent of the apartments as affordable.  Domain is targeting a LEED Platinum certification for the property and is working on a partnership with Arts Gowanus to provide dedicated studio space for local artists.

Positioned as Brooklyn’s premier mixed-use property, Majestic will rise on the highest profile inland site situated directly adjacent to Thomas Greene Park, the only large public park and community pool in the area. Under an Administrative Settlement with the EPA, National Grid is remediating the western two thirds of Thomas Greene Park, and additional park enhancements will include an expanded pool and pool house, a playground, green space and sports facilities.

Located in a Qualified Opportunity Zone near highly ranked schools and the Smith Street retail corridor, the development will be among the first to rise since 82 blocks of Gowanus were rezoned last year to accommodate demand for permanent affordable housing in a neighborhood with strong transit access.

The JLL debt and equity advisory team representing the borrower was led by Senior Managing Director Christopher Peck, Director Nicco Lupo, Senior Managing Directors Jeff Julien and Rob Hinckley, and Associate Jonathan Faxon. The deal is the second arranged in recent weeks by JLL for Domain with the first being 420 Carroll St., a 350-unit multi-housing property also in Gowanus.