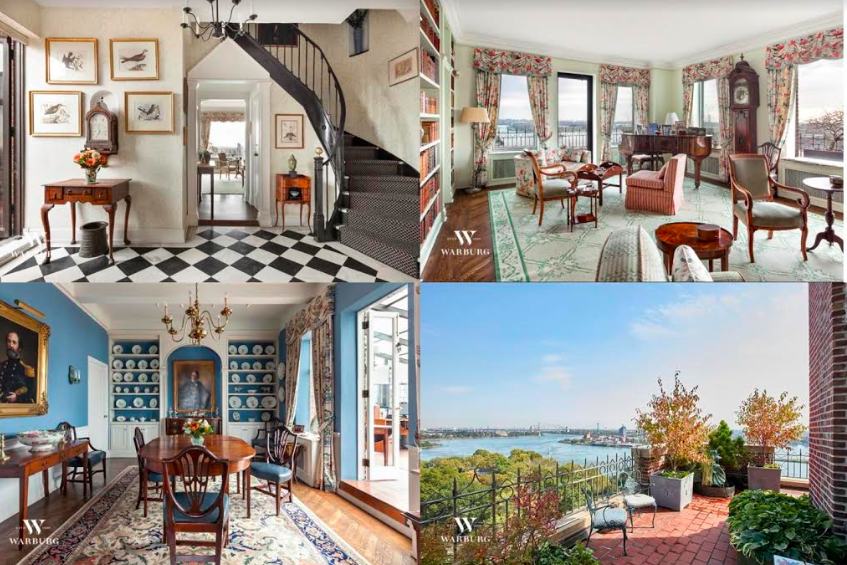 A Yorkville penthouse apartment that was once home to songwriter Irving Berlin is now a million dollars cheaper.

The two-bedroom, four-bathroom home has views of Carl Schurz Park and the East River. It has a landscaped terrace, a formal dining room with adjoining sunroom and a maid’s room at the lower level.

Berlin and his family lived at 130 East End Avenue for 13 years. Berlin’s biographer, Laurence Bergreen, described it as a “stately dwelling with impressive views of the East River.”

Jane Andrews of Warburg Realty’s Upper East Side office is handling the listing.

IN PICTURES: Magnum RE launches CODA