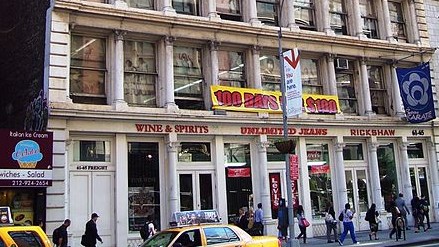 NGKF said a private investment group acquired the property for an undisclosed price. City records show the property was bought by an LLC for $65 million. Vickram Jambu and Jeremy Nazarian of Venture Capital Properties represented the “private family” buyers, they told REW.

The 52,000-square-foot office building was built in 1920 with a cast iron façade. It is located  between Fifth and Sixth Avenues and near Madison Square Park, Eataly and Home Depot. The building’s largest tenant is Betterment, a financial technology company with an automated investing service that provides optimized investment returns for individual, IRA, Roth IRA & rollover 401(k) accounts.

“There is a very high demand for office space in Midtown South, particularly among TAMI companies, due to the market’s character, transit access and cachet,” said Draznin.

According to NGKF Research, TAMI companies accounted for 68 percent of the total square footage leased in the first quarter of 2016. “61-65 West 23rd Street presented an incredible opportunity for the new owner to capitalize on the success of the neighborhood’s office market as they attract new tenants with building upgrades.”

In the past year, Two Trees has signed a series of high profile tech deals with DropBox, SoundClound and Grovo at asking rents said to be in the range of $70 psf.

The landlord is spending a reported $25 million upgrading the building and last week opened a new roof deck for tenants.