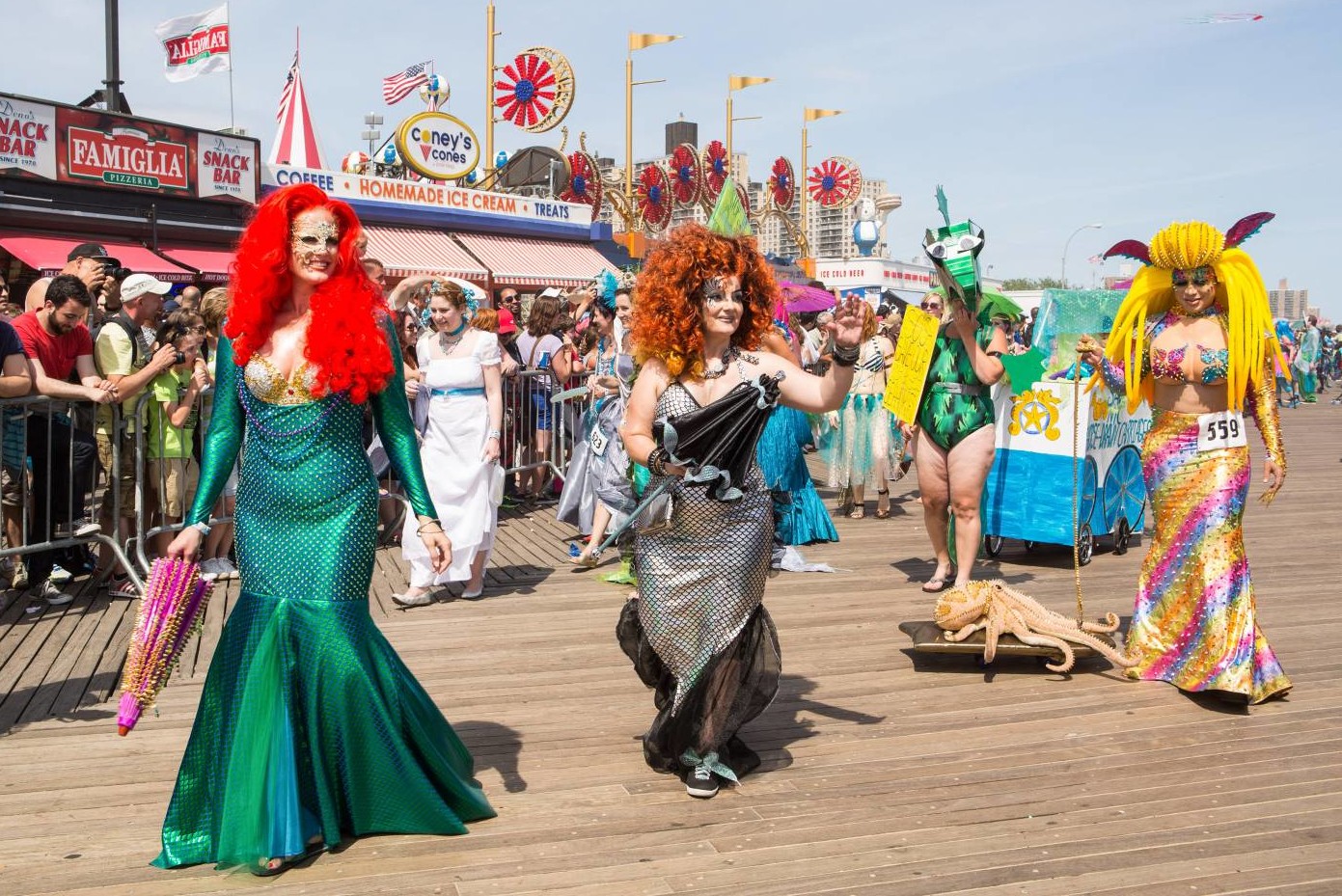 Orbach, who grew up in Manhattan Beach, donated $20,000 to Coney Island USA, organizers of the Mermaid Parade, on Thursday at the group’s Surf Avenue headquarters. He challenged other New Yorkers to also donate to the storied parade so organizers raise the $50,000 needed for the Mermaid Parade to sail smoothly.

“Coney Island and South Brooklyn are special places for me and my family, and that’s why we want to support the community and ensure that the Parade remains viable. That’s why I have invested in ensuring that this neighborhood’s housing stock remains affordable, by agreeing to keep the Friendset apartment complex here in Coney Island affordable for the next quarter century,” said Orbach.

“When I heard the parade needed funds to stay afloat, I was eager to contribute so Coney Island can continue this extraordinary annual event.”

The Mermaid Parade started in 1983 and this year’s king and queen are Blondie band members Deborah Harry and guitarist Chris Stein. The organizers started the campaign this month with a goal of $50,000 to cover all the costs of permitting, security and other expenses that go into creating the parade, which has grown tremendously in participation and turnout since its inception.

Coney Island USA, a nonprofit that also operates the Coney Island Museum and art projects in the area, estimates 400,000 to 800,000 will attend the June 17 parade.

“The Mermaid Parade celebrates Coney Island’s history of craziness – the carnival mayhem and the unpredictability of the ocean. This is a parade for everyone to show off their silly side.  I’m thrilled that more and more people turn out every year for this wonderful event but it also means we need more money to keep it safe and festive. I’m grateful that Meyer Orbach has made this generous donation,” said Dick Zigun, the nonprofit’s founder and artistic director.

The New Jersey-based Orbach Group owns approximately 6,000 multifamily units in New York, New Jersey, Pennsylvania and California. Orbach Affordable Housing Solutions, a subsidiary of The Orbach Group, owns and manages approximately 2,000 affordable units and has a $150 million of acquisitions set to close this year. Orbach is also an avid basketball fan and a minority owner of the Minnesota Timberwolves.

“Business and community groups need to be partners. That’s why I believe wholeheartedly in supporting nonprofits like Coney Island USA,” said Orbach, who has given nearly $30,000 to basketball leagues in New York City.

Kurland keeping it real at RECon 2017