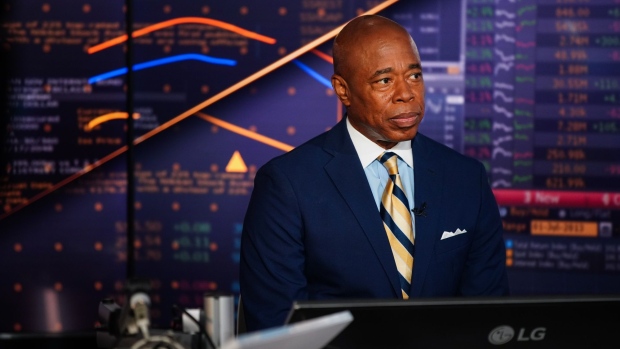 Two of the city’s biggest real estate organizations have hailed the election of Eric Adams as Mayor of New York.

A favored candidate of the real estate industry, Adams has pledged to overhaul regulations that hinder development and to up-zone neighborhoods to promote the development of more affordable units when he takes office in January. He is also expected to work with building owners struggling to meet the city’s strict timetable on carbon emission caps and address calls for commercial rent control.

“We congratulate Eric Adams on his successful campaign and share his goals of ensuring safe communities, revitalizing our economy and building a more equitable City for all,” said REBNY president James Whelan.

“REBNY and its members are committed to working closely with the Adams Administration and the next City Council on critical efforts to create good jobs, produce much-needed housing and address climate change, among other key issues that will continue to impact the City’s economic recovery and its long-term future.”

Carlo A. Scissura, President and CEO of the New York Building Congress also congratulated Mayor-elect Adams, along with the newly elected Public Advocate Jumaane Williams, Comptroller-elect Brad Lander and the incoming Borough Presidents and Council Members who won their elections .

“They will lead a New York City that finds itself at the crossroads of history,” said Scissura. “The last year and a half has forced a reckoning with public health, racial divisions and economic disparity. While this has no doubt been a challenging time for the five boroughs, we are now at a moment in which we can literally build a stronger, fairer future.

“The women and men of our industry are ready to work with the incoming City leadership to design and construct the next generation of schools, open spaces, hospitals and affordable housing. A new New York City is on the horizon.”

Gov. Kathy Hochul has pledged “a whole new era of cooperation” between the state in the city, after eight years in which the former governor, Andrew Cuomo, was constantly at adds with Mayor Bill de Blasio. “We will fight for you, not fight each other anymore,” she said.

Pierre Debbas, managing partner of Romer Debbas LLP, said Adams, historically a moderate democrat, will need to work to shift a progressive liberal narrative from taxing the rich to enticing them to stay

“Alarming increases in crime rates and a marked decrease in general cleanliness have been an impetus for people leaving the City, citing conditions worse than the infamous ‘80s,” said Debbas. “Drawing from his years with the NYPD and addressing these issues right out of the gate will increase confidence and make the City a desirable place to live rather than just visit.”