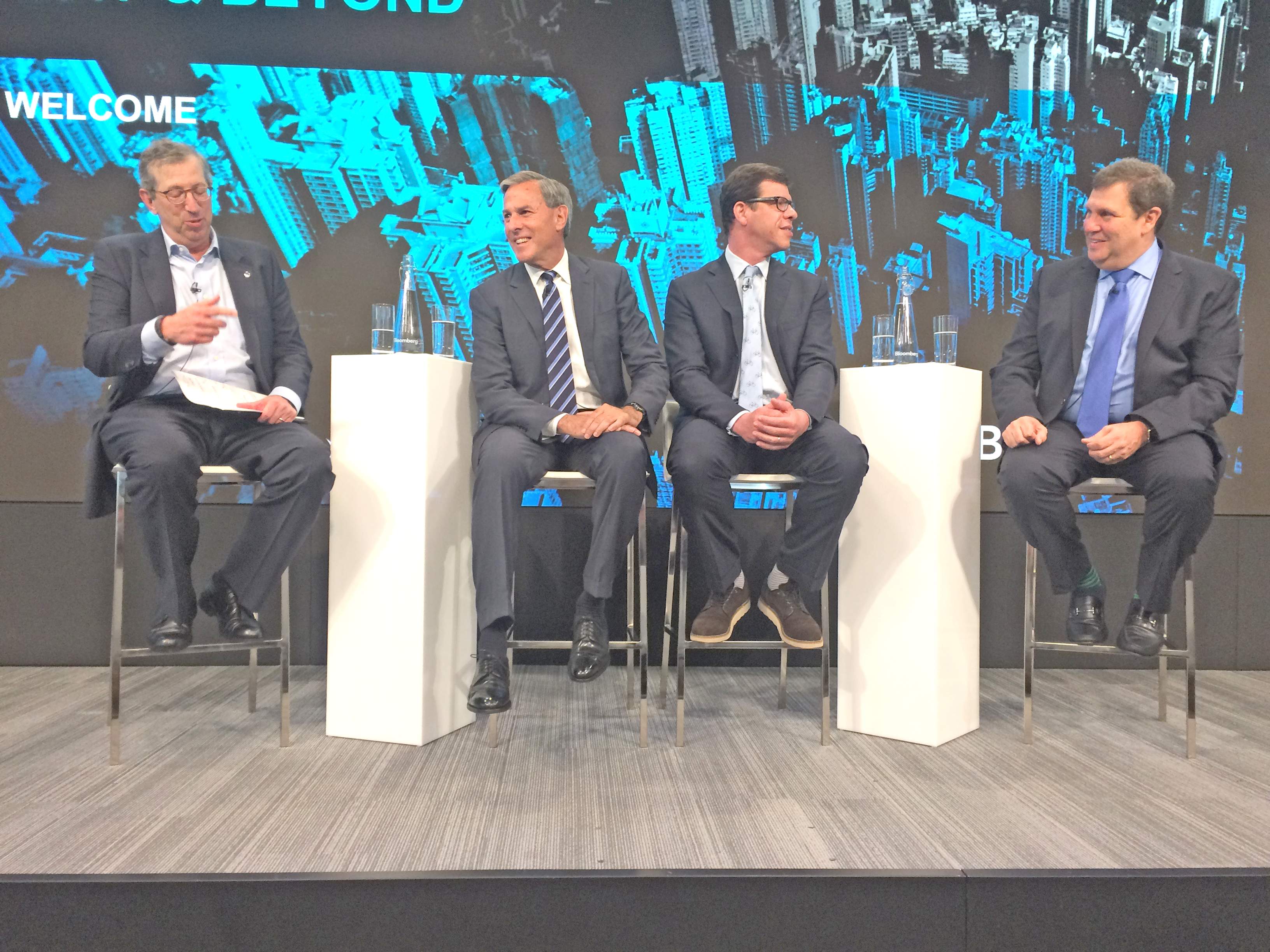 “Where are we in the cycle?” That’s a question people often ask SL Green CEO Marc Holliday. His response should reassure any New Yorkers who fear a peaking market.

With an eye on six months from now, Holliday finds many reasons to be optimistic, which he shared in a keynote speech at “Real Estate at a Crossroads,” a Bloomberg and EisnerAmper event that took place at Bloomberg’s headquarters on June 22.

Holliday is not alone in his optimism. In a panel discussion that followed the keynote, Kenneth Weissenberg, partner and chair of EisnerAmper’s real estate practice, spoke with three other industry luminaries who, to a large extent, shared Holliday’s positive outlook: William C. Rudin, vice chair and CEO of Rudin Management Company, Inc., chair of the Real Estate Roundtable, and chair-elect of REBNY; Mitch Rudin, vice chairman of Mack-Cali Realty Corp; and Scott Wanyebern, managing director of Benefit Street Partners. Here is what these experts had to say:

According to Holliday, SL Green is a firm believer in New York City. What underpins this confidence? Strong job growth, “sensible” rezonings (e.g., Hudson Yards and the Vanderbilt Corridor), the reinvigorated 421A program now known as Affordable New York, and such large-scale infrastructure projects as the Second Avenue subway, East Side Access, the upgrades to JFK and LaGuardia airports, and the proposed Gateway Tunnel project.

“We’re very positive that the market will continue to expand,” said William Rudin. He and Mitch Rudin agree that continued investment in transportation has been beneficial – both are advocates of ferry and light-rail services in particular.

In contrast to some, Holliday isn’t worried about any “overhanging supply” created by record levels of construction. These buildings, he said, “are getting financed, they’re getting equity funded, and getting leased. That’s good in my book – not bad.”

What about the recent decrease in transaction volumes? To Holliday, the culprit is “sticky owners.” He, like many of his counterparts, is a net buyer. And from an owner’s perspective, the strong financing markets offer an attractive alternative to selling, he explained.

Holliday also stressed that there’s been no slowdown in terms of price. “There’s an enormous amount of equity in the market that keeps the demand side of the equation very high,” he said, noting that foreign investment is particularly strong.

Some of the concerns allayed during the event were national in scope. Take the retail market, for example, which has been a focus of many negative stories. If you consider that, as Scott Waynebern pointed out, much of the space from shopping centers is being absorbed by data centers, distribution centers, healthcare, and insurance company call centers, the situation does not seem so bleak.

What about the CMBS market? Weissenberg compared the makeup of the capital stack now and in 2007, recalling that banks at that time were lending about 75 percent loan-to-value. That 75 percent wasn’t so much the problem in Waynebern’s view: “It was the 75 percent with the aggressive underwriting, which really made it 85 percent, and then the financing of the equity, which really made it 97 percent … nobody had any margin for error.” In today’s market, in contrast, Waynebern sees much more equity and much more realistic underwriting, resulting in margin for error on the debt side.

Waynebern also addressed the recent lull in transactions. This lull, he said, can be attributed to “a bit of a hangover from the election … and some of the uncertainty around the tax laws.” But now that the treasury rates are back in the low 2s and people “are getting their feet under them with the new administration, we’re seeing a pickup in the underlying volume of transactions, which will drive more loans.”

Given the low rates, great markets, and tenant demand New York City market now enjoys, why, Holliday asked, aren’t there cranes all over Midtown? His answers are “pretty obvious” — difficulties in assembling land, finding infill sites, and dispossessing tenants, along with huge time and costs associated with upzones, Landmarks Commission reviews, and addressing concerns of neighboring communities. Then there is the high cost of labor and high cost of materials.

Said Holliday: “We have to figure out how to overcome these barriers in a responsible manner by encouraging and incentivizing new commercial and residential development in the areas where businesses and people want to be.”
One solution that’s worked out well for both SL Green and Rudin Management is public-private partnerships, exemplified by the former’s One Vanderbilt project and the latter’s Dock 72 project.