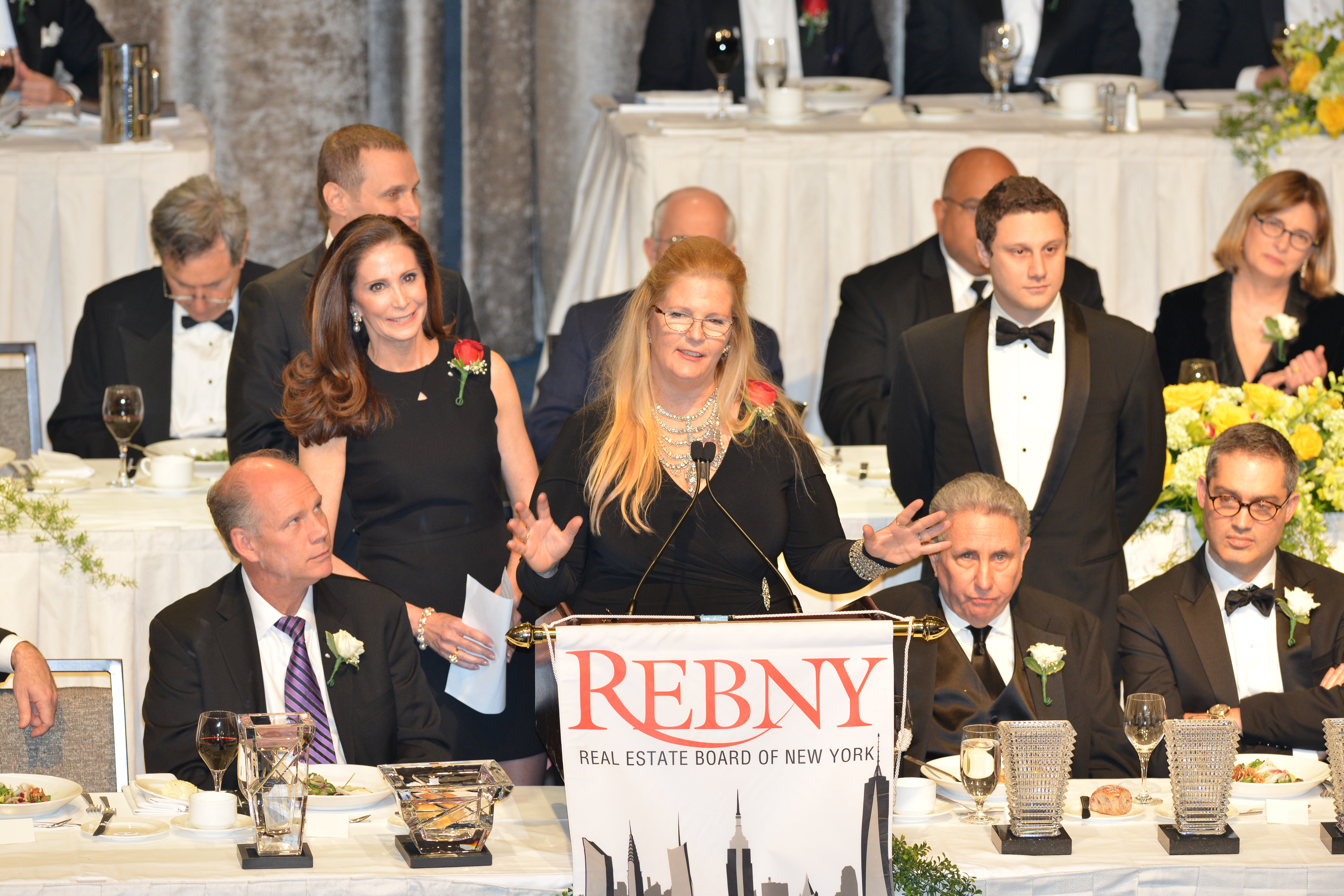 Real estate’s finest, along with City and State dignitaries including Governor Andrew Cuomo and Mayor Bill de Blasio, showed up in force last night at the Real Estate Board of New York’s (REBNY)overwhelmingly successful 120th Annual Banquet held at the New York Hilton.

The momentous evening honored the legacy of industry titan John Zuccotti, a former REBNY Chairman, and the exceptional contributions and accomplishments of Matthew, Tara, and Darcy Stacom – who became the first family to receive The Bernard H. Mendik Lifetime Leadership in Real Estate Award – as well as those of Daniel Brodsky, Jeffrey E. Levine, Bill Montana, Edward V. Piccinich, and Steven H. Marvin.

Prompted by REBNY’s annual video presentation this year, the evening also ignited discussion concerning the City’s need for the development of new commercial office, industrial manufacturing, and life sciences space for continued economic growth and the creation of good jobs for New Yorkers. The video, with commentary from Rob Speyer; Maria Torres-Springer, President of the New York City Economic Development Corporation (NYCEDC); Mary Ann Tighe, CEO of CBRE’s Tri-State Region and former REBNY Chairman; andRobert Knakal, Chairman of Cushman & Wakefield and REBNY Executive Committee member, highlights the history of New York City office development and findings from a recent study commissioned by the NYCEDC, which projected that based on projected job growth over the next 10 years, the city will need up to 60 million additional square feet of office space to keep up with demand.

“While there will be challenges and obstacles to this growth initiative, commercial vacancy rates are well below the national average, and there is strong demand for new office product throughout New York City,” said REBNY President John Banks. “We commend the administration for their analysis and efforts to address this critical need.”

Focal points of the evening included the REBNY Foundation Cocktail Party hosted by the REBNY Board of Governors, which brought together hundreds of guests including those seated at the dais to raise funds for industry-wide charitable activities and projects and REBNY’s Members In Need Fund, and the REBNY Banquet Dinner, during which the honorees were presented with their sought-after awards.