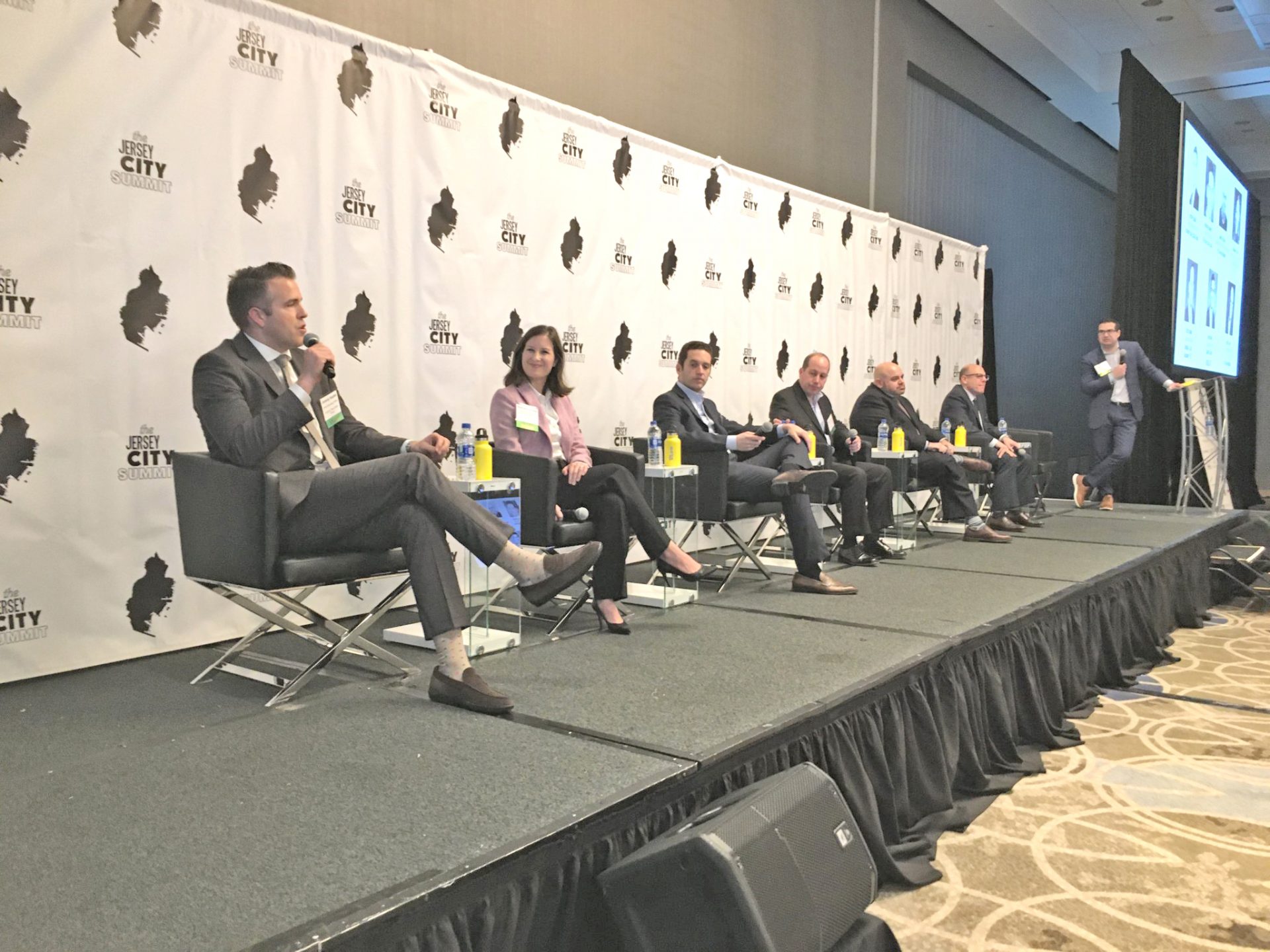 In Jersey City, owners say amenities are more important than ever

In Jersey City, the amenity war is just as raging as the one across the Hudson, and experts at a recent panel for development in the city said they’ve been key not only in attracting residents but retaining them.

Additionally, Jersey City buildings these days are likely to boast services beyond the expected gyms, lounges and roof decks. Many are also offering direct package delivery for tenants, bigger gyms, flashier pools, dog runs, lobbies as art galleries and social events as ways landlords are trying to stay one step ahead of the next new high-rise.

In with the old, in with the new
In existing buildings that have been renovated or converted, speakers brought up ways to make the best of a building’s quirks.

Tepper mentioned how in one building, he had 15,000 s/f in a building across four stories with no windows, “so we had to create an amenity that didn’t need windows.” This wound up being the creation of a bike repair shop as well as a childcare room.

Bodner spoke about repurposing spaces to meet changing expectations. In a mixed-use development called Beacon that was converted from the former Jersey City Medical Center campus, a chapel is now a lounge (“and it’s one of the most used spaces plus it works as a coworking space”), and a theater space has become a club room. Another theater is now a gym. However, the landmark building itself is maintaining its character through original finishes like Art Deco walls.

“Some people want glass sleek brand-new buildings, but all it takes is for 1,200 people to like it,” said Bodner.

Embrace multi-purpose space
Batshaw said he thought it was important to have spaces that can serve multiple functions.

“In the evening it’s a lounge and you’re creating a lifestyle.”
Landlords, Schwartz said, should think twice before opening a space with one specific use.

“Our role is to advise landlords and one wanted to put in a squash court that was to be 100 percent dedicated to playing squash an there’s a special floor you need for that.”

In the end Schwartz talked the owner into making it more of a general sports area where residents could also play volleyball. “You lose some quality on the floor, but you’ll get more use out of it.”

To fee or not to fee
At one point, the topic of “amenifees” was brought up, with all panelists in agreement the fees were necessary.

Both Tepper and Kaplan said an amenity fee is something residents have come to expect.

“There’s a cost for parking and they expect that there will be additional fees,” said Tepper.

When Wolfe brought up talk he’s been hearing about some developers doing away with fees, Batshaw said that would be a game changer.

“Amenity fees are part of the amenity war. When someone stops that, the others will follow along.”

As far as monetizing amenities, Batshaw mentioned the possibility of revenue sharing with onsite storage services.

If you drive them, they will come
At the Beacon, BLT offers residents a shuttle service that takes roughly 1,000 people on any given morning to the Grove Street and Exchange Place PATH stations, with the cost included in the overall amenity fee. The fleet of seven buses (five active, two in reserve) are operated by a third party.

“If you live in Jersey City and work in New York, you are definitely utilizing the shuttle.”

Access to bikes has also come to be seen as an advantage.

La Raja noted that there are now over 50 Citi Bike stations in Jersey City, with many having been placed at the request of landlords.

“We do partnerships with developers to organize the purchase of stations as an amenity to tenants as well as adding annual memberships,” she said.

Don’t forget to talk to the tenants
According to Tepper, embracing the arts in a city that’s become known for its downtown arts scene is important. At Bodera Lofts, he said, where there are 14 rentable art studios, there are also regular art exhibitions.

An adequately sized package room is also important, Batshaw said. Otherwise, the lobby becomes a dump with “packages everywhere from November 15 to January 15.”

“We want the community to engage in these spaces, and not just the residents,” he said. “So the public space has to be thoughtfully integrated into the streetscape. Ultimately having community engagement allows our buildings to become more important fixtures to the city for the long term.”

Figuring out whether an amenity is a success or not boils down to use.

“It’s creating a lifestyle,” said Batshaw. “You can have super flashy high-end amenities, but if they’re not being used, and people are not finding them functional, it’s not going to work. It’s the KISS method; keep it as simple as possible. It’s coffee in the mornings, concierges that know people’s names, an event once a week.”

Now, he added, owners are willing to lose 10-15 units for the sake of amenities. “The amenities make up for the rents that those units could get.”

“You want feedback from people who are living with it,” he said.
But at the same time, he thinks for most people, amenities are not the main reason a resident will choose one property over another, but still the more traditional reasons, like proximity to transit and what neighborhood they want to be in.

“The city itself is an amenity,” said Tepper, “and most residents want to be able to walk out of a building and have a variety of eating and other options. That’s the most important amenity of all.”