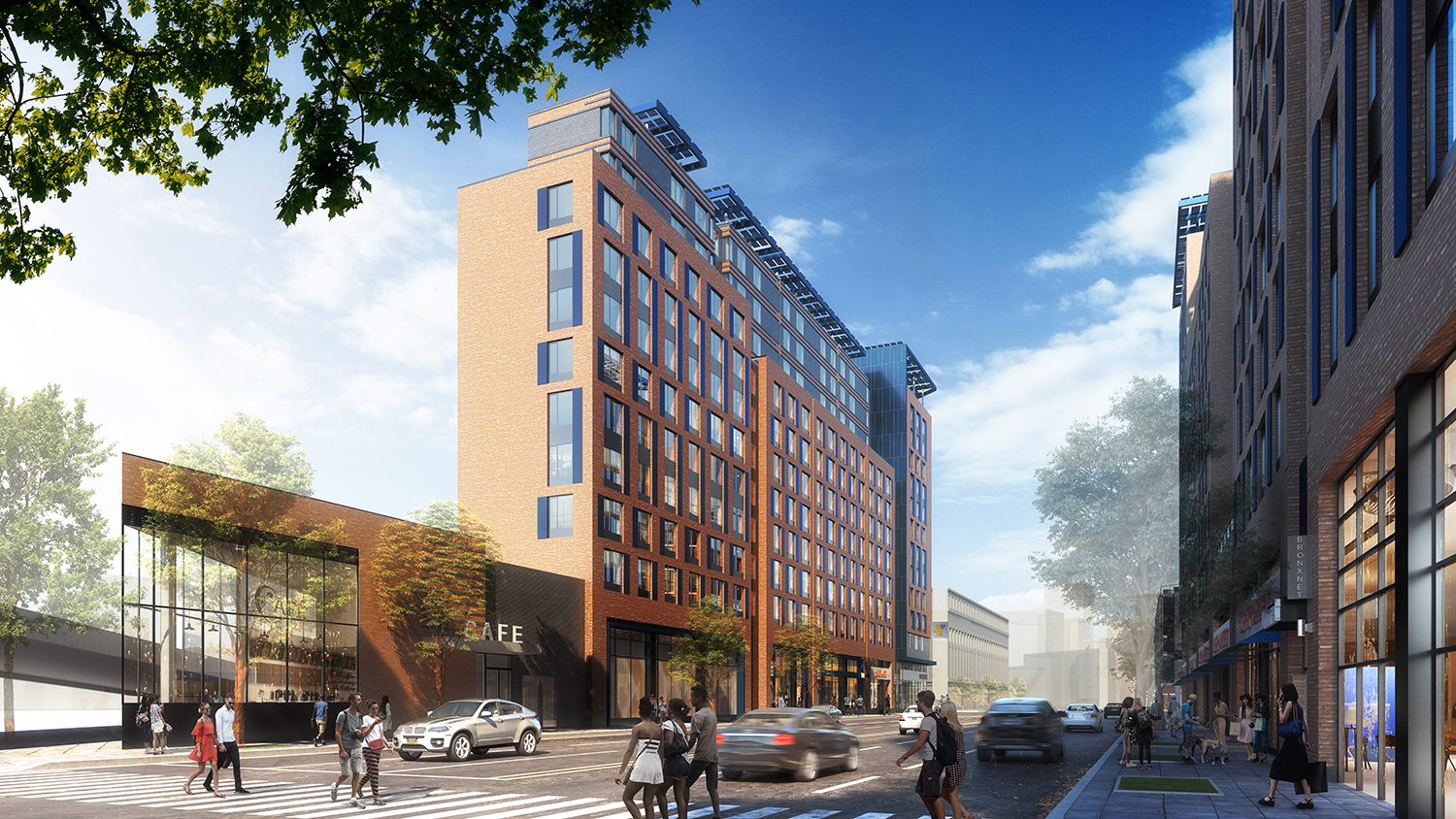 The Hudson Companies has signed four new tenants at La Central, its affordable housing development at 556 and 600 Bergen Avenue in the Bronx.

The new tenants include a community-based café, a sit-down Mexican restaurant co-located with a slice shop, an organic grocer, as well as an operator for the 135-space on-site parking garage.

The leases, totaling 6,710 s/f and 36,904 square feet for the parking garage. “At a time when the entire city is struggling, the strong interest in La Central is a testament not only to the vibrant Melrose neighborhood but to The Bronx as a whole,” said Aaron Koffman, Principal of the Hudson Companies.

“These new tenants will help transform La Central into a neighborhood destination, bringing beloved Bronx businesses and needed amenities to the community. We look forward to welcoming residents to these exciting new spaces at La Central next year.”

The new tenants include the Taste of The Bronx Cafè, an culinary partnership between Paul and Anthony Ramirez, owners of The Bronx Beer Hall in the Arthur Avenue Retail Market, and Rebecca Scott, founder of Sustainable Snacks, a Bronx-based natural foods company committed to promoting public health through better snacking. The community-focused café space will feature gourmet menus prepared by a rotating roster of borough-based chefs.

Metate Authentica Comida Mexicana, a Mexican restaurant based in Riverdale, will open a 3,000 s/f outpost on the ground floor of La Central. Metate, owned by Cecilio Ballinas, will also have a take-out pizza counter within the restaurant.

Hudson has also signed a 2,600 s/f lease with a small organic grocery, operated by Hamood A. Alsaedi, who owns six other stores in the New York City area. The grocery will stock fresh fruits and vegetables, smoothies and other healthy food options.

Zafar Majeed has signed on to manage the development’s 135 plus-space public parking lot. Open to the general public, the lot is not restricted to use by La Central’s tenants, meaning customers of La Central’s tenants as well as users from the surrounding area can park there.

The leases were co-brokered by Kathy Zamechansky at the KZA Realty Group and Steve Kaufman and Mia Abdou of RM Friedland.

These new tenants will join the YMCA, which has signed a 50,000 s/f lease in La Central Building A, and a BronxNet television studio in Building B. Overall, nearly 90 percent of the available retail space at La Central A & B has been leased.

Together the three phases of La Central comprise five individual buildings, which will include 992 affordable residences; a landscaped courtyard; 80,000 s/f of community facility space; a public park; 45,0000 s/f of retail; and a roof-mounted telescope to be controlled by the Bronx High School of Science.

626 Bergen Avenue, the first building completed at La Central and developed by Breaking Ground and Comunilife, opened in the summer of 2019 and created 161 apartments for formerly homeless veterans and New Yorkers with special needs as well as low-income residents.

The final phase is expected to be completed in 2023 and will contain approximately 350 affordable apartments at a range of income levels.