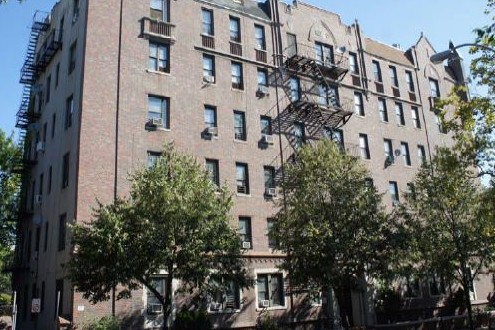 The Section 8 Housing Voucher Program, which was designed to help families move out of public housing and homeless shelters, is an important cog in the city’s affordable housing strategy.

It allows low and moderate income residents to rent homes in the open market, with families paying just 30 percent of their adjusted income.

The program has been criticized for pushing residents to poor neighborhoods, thereby keeping them far from public services and good schools.

In New York City, many Section 8 homes are located in the impoverished parts of Brooklyn and the Bronx.

There’s also a racial component to the criticism of Section 8 Housing. Two years ago, Tatiana Rhodes, a 19-year old black teenager in McKinney, Texas, hosted a pool party that made national headlines after video surfaced showing a police officer pointing a gun at unarmed teenagers.

One of the things that resonated about the incident was an offensive comment from Rhodes’ white neighbor. The woman told her to “go back to (her) Section 8 home.” Later, Rhodes described the comment as a racial slur.

The program works as a rental subsidy, with the voucher covering any costs exceeding 30 percent of the household’s income. Eligibility is based on a household’s size and gross annual income.

According to 2015 figures, New York City has 123,000 vouchers, making it the largest Section 8 program in the country. The total represented a drop from 2009, when vouchers stood at 132,000. The decrease was due to budget cuts and rising rents.

The same obstacles persist today. The only difference is the severity, with New York City housing teetering close to a crisis.
According to Shola Olatoye, the chair and CEO of New York City Housing Authority, her agency may lose thousands of vouchers due to budget cuts proposed by the Trump administration.

NYCHA is one of three agencies that offer Section 8 vouchers in New York City. Other vouchers come from the state and the Department of Housing Preservation and Development. 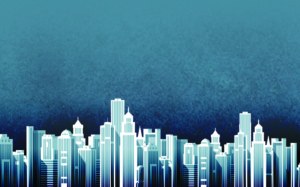 Olatoye said that the Section 8 units may disappear as her agency gets crippled by a funding shortfall. The Trump administration’s 2018 budget proposal calls for a $54 billion reduction in spending. If the plan passes, one of the hardest-hit agencies would be the US Department of Housing and Development. The agency would have its budget reduced by 13.2 percent under the plan. Olatoye claims that this would have a disastrous trickle-down effect for NYCHA, which is already saddled with a $17 billion capital backlog.

“We’re looking at a combined set of cuts of about 11 to 13 percent, which leaves about $100 million to $150 million operating dollars that are just gone from our budget,” she said.

“We could potentially lose 13,000 vouchers. That’s not only in 13,000 households, but also… those small businesses that rely on that constant cash flow to operate buildings across the city,” she said.

If Olatoye’s prediction turns out to be accurate, it would mean that 15 percent of NYCHA Section 8 households would lose their rental subsidy.

The New York Housing Conference, a non-profit affordable housing organization, offered a bleaker outlook on the effects of the Trump budget plan.
According to the group, the plan, if enacted, would “cause a rise in homelessness, accelerate the decline of public housing infrastructure and curb affordable housing production.”

The organization estimates that the budget plan would heighten the risk of homelessness for 26,530 voucher holders in New York State. It would also mean the loss of $1 billion in annual funds for housing programs across the state.

The analysis singled out one component of the Trump budget proposal. The plan aims to increase the contribution of HUD-assisted tenants from 30 percent to 35 percent. The Trump administration also wants to eliminate utility reimbursements for tenants. According to the report, this would put vulnerable citizens at risk since 85 percent of NYCHA households with HUD rental assistance include children, the disabled and senior citizens.

“It’s pretty horrifying. These are people whose housing stability is relying on having this housing subsidy,” Sewell said.

On the development side of the equation, Sewell claims that the proposed budget makes being a Section 8 landlord financially problematic. This goes even for project-based Section 8, an arrangement that involves the HUD directly paying a landlord.

“These project-based developments that have project-based contracts, they are sort of guaranteed for certain periods of time. It might be a five, ten or 20 year contract. But it’s subject to annual appropriation. So if the federal budget goes down, those projects are really in a lot of trouble because they would have to do with less money from one year to the next because they’re not getting the same payments from the federal government,” she said.

Earlier this week, Congressional Republicans floated a budget proposal that had more defense spending and deeper cuts to entitlements than President Trump originally proposed. With such conditions likely to persist, NYCHA has adopted a defensive stance.

“This is a disastrous budget for public housing and for NYCHA,” Olatoye said. “We’re fighting these cuts with the mayor and the entire administration. But we are also planning. We are very cautious and diligent with our resources. This is always our approach, but this is requiring us to think more carefully about things. We are deeply immersed in a defensive strategy.”