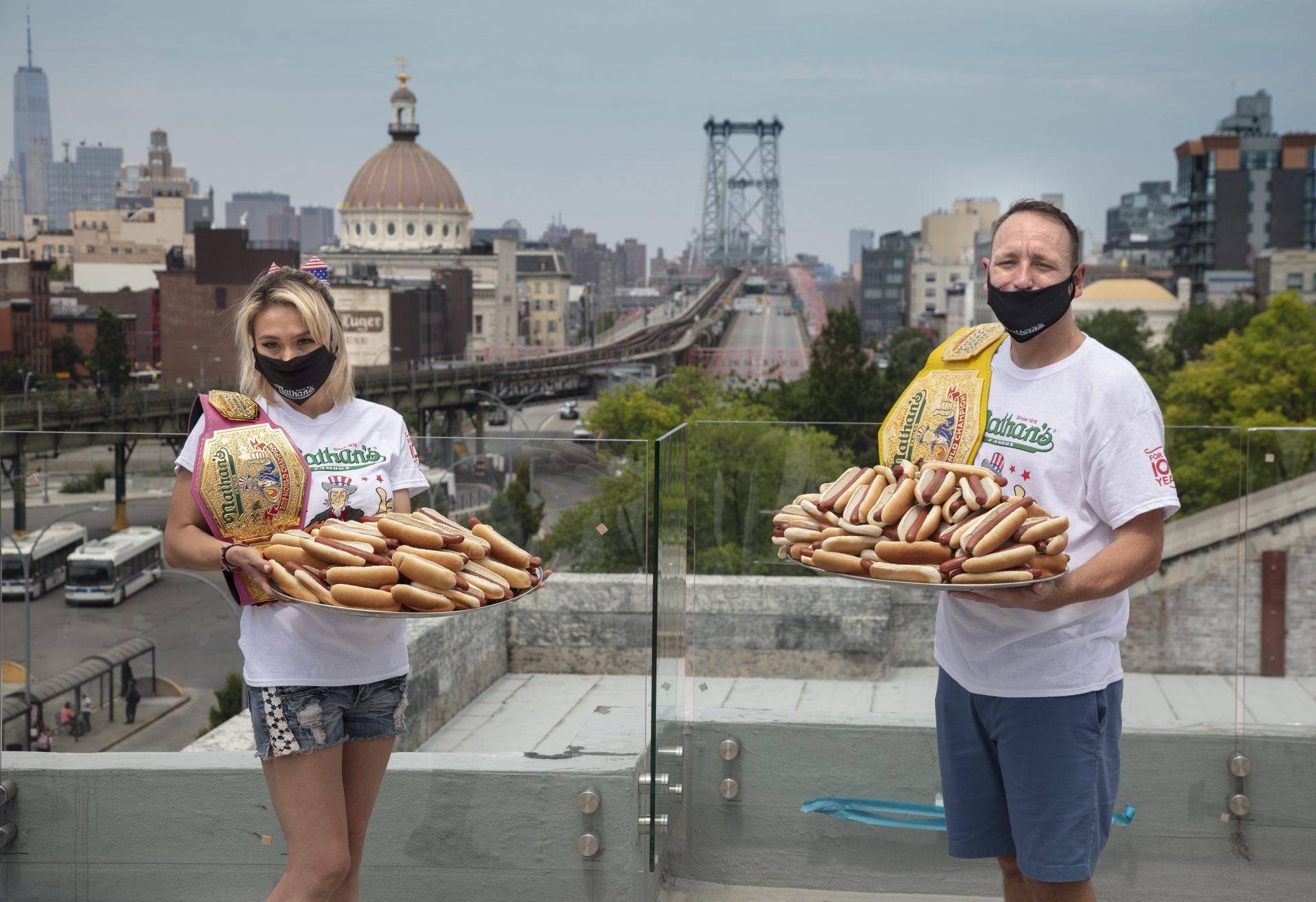 The Major League Eating crowd got a taste of luxury living ahead of the annual 2020 Nathan’s Famous Fourth of July International Hot Dog-Eating Contest.

Competitors in the American holiday tradition took part in the official weigh-in ceremony ahead of the hot dog-eating contest at The Dime in South Williamsburg.

With the coronavirus weighing heavy on the minds of organizers and competitors, Major League Eating chairman George Shea said it was vital to hold the weigh-ins in a space that was private but also offered great outdoor space.

Jointly developed by Charney Companies and Tavros Holdings, The Dime is a 23-story rental building developed atop the former Dime Savings Bank. Its 23,000 s/f outdoor terrace provided a perfect backdrop for eating champions Miki Sudo and Joey Chestnut to be weighed-in and certified for the historic July 4 competition, where the two champions broke records – again.

The contest took place in a private Coney Island location with COVID-19 safety measures in place and no fans. There were five eaters rather than the usual 15 to allow for social distancing in the 10-minute competitions for leading male and female eaters.

This year, the contest – which features an annual donation of 100,000 Nathan’s Famous hot dogs to the Food Bank for New York City – was dedicated to raising funds for food banks and to raising awareness of food bank needs.