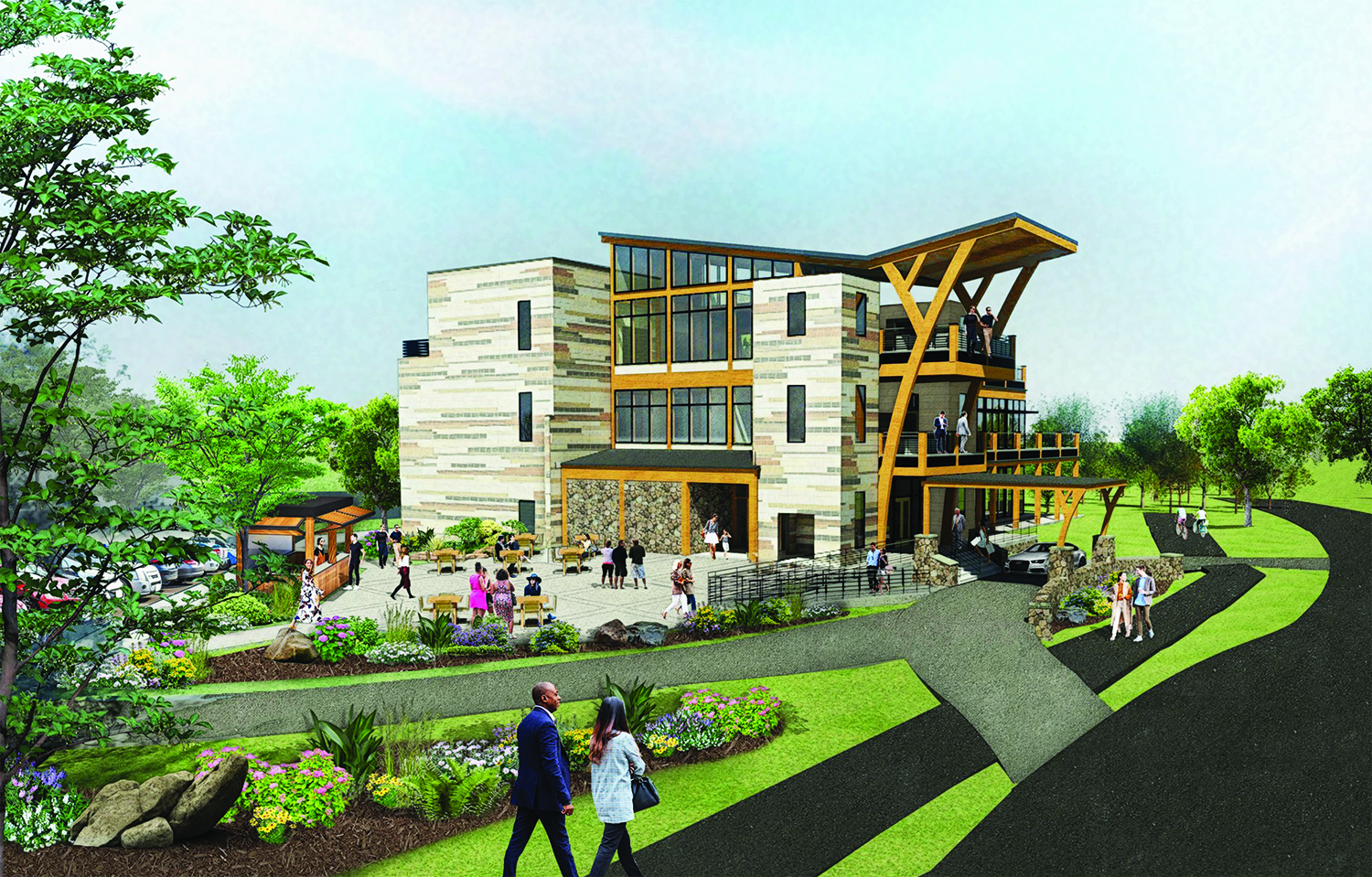 Historic Jersey City casino to be reinvented as banquet hall

Landmark Hospitality has broken ground on The View at Lincoln Park, the only mass timber building in Jersey City.

The new three-story facility, which will feature two banquet halls, a mid-scale restaurant, and a rooftop dining area, replaces the former Casino in the Park.

A groundbreaking ceremony was held with stakeholders and project collaborators, including The Hudson County Board of Commissioners, the Hudson County Improvement Authority, and Landmark Hospitality.

The Casino in the Park opened in 1950 and hosted thousands of weddings, political events, parties, and fundraisers (including the 50th wedding anniversary of Frank Sinatra’s parents). It served as an essential staple in Jersey City for decades. In 2019, Hudson County, the facility’s landlord, decided it was time to close the property and demolished the old building. They tapped Landmark Hospitality co-founders Frank and Jeanne Cretella to reimagine the site’s future.

Intending to put this notable venue back on the map, Landmark Hospitality is planning an expansive facility layout. The new design of the historic Casino in the Park banquet hall will fit up to 190 patrons in the restaurant and bar area, in addition to a kitchen and back-of-house support space. A 3,090 s/f rooftop terrace is also part of the expanded dining options as well as additional balconies on the second floor.

The first banquet hall will be approximately 2,850 s/f, while the second will be about 3,375 s/f with a maximum capacity of 225 people. The restaurant will be nearly 1,225 s/f and able to host up to 175 guests. All of the event spaces will be prefabricated with laminated timber to create a chic aesthetic.

Set to be a state-of-the-art dining and catering facility, The View at Lincoln Park will be operated by Landmark Hospitality when it opens to the public in September 2022.

How much parking do you need? ULI has the answer