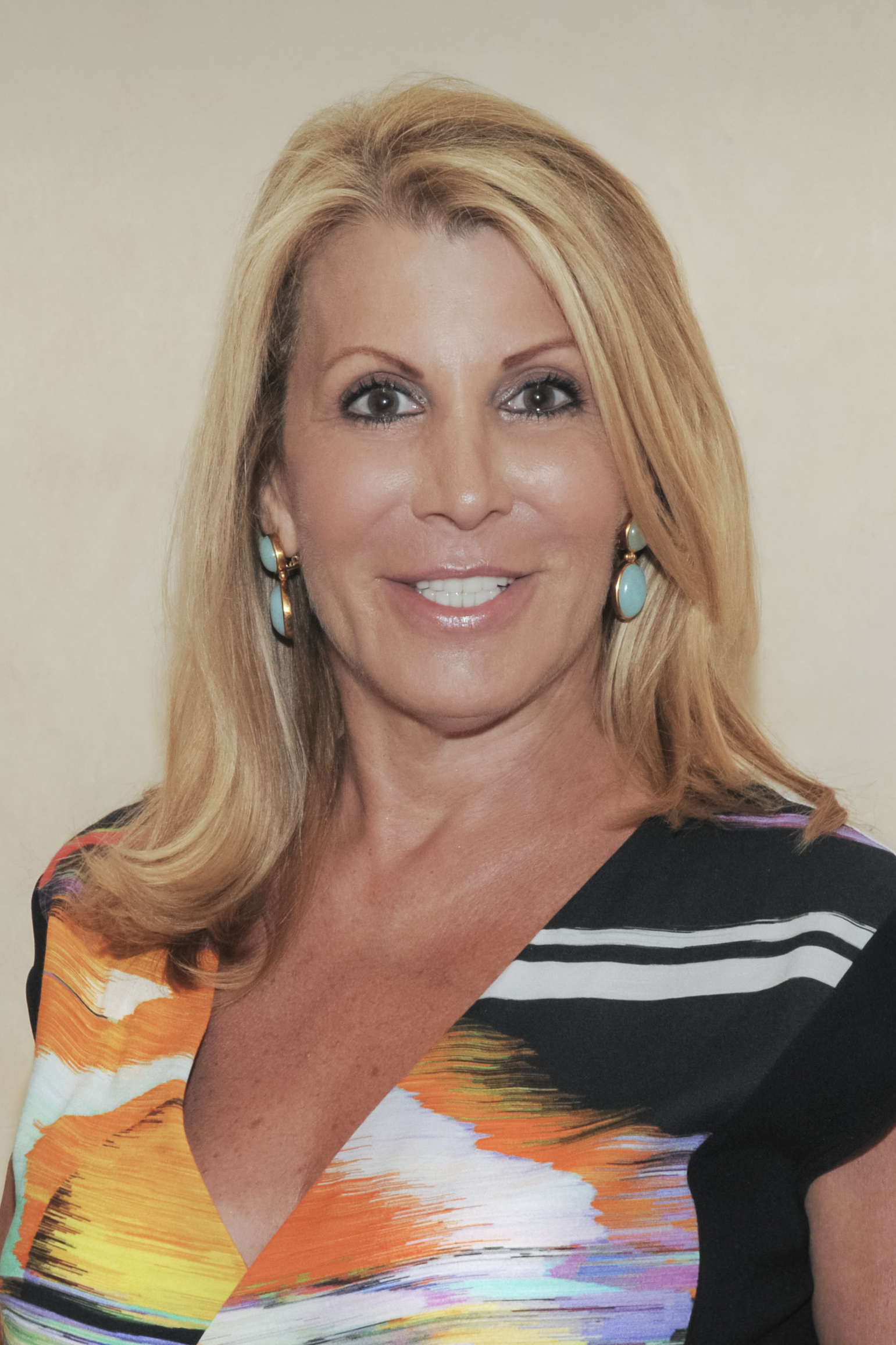 “Most people are afraid to fail, but anyone who is successful, a man or a woman, will tell you they failed many times on their way up,” she said.

“As long as you learn from it, and grow from it, as long as you are passionate about what you are doing, don’t let people discourage you, because in my experience, the only people who never fail are those who never do anything.”

Herman said that if she had listened to what people said people said about her, “I would never have gotten anywhere.”

“When I went to banks, they laughed in my face,” Herman recalled of her first bid to buy into the business when, in her mid-30s, she bought Prudential Realty’s Long Island Division. “They told me I’d be bankrupt in six months.”

Fourteen years later, the banks told her flat out she was crazy when she said she wanted to borrow $72 million to buy the Douglas Elliman firm in Manhattan.
“It wasn’t long after 9/11, when no one believed in the city. Everyone said I was out of my mind.”

Today, Herman is one of the most powerful women in the real estate industry, sitting at the helm of a $14 billion empire that consistently ranks among the top in the country.
She did it, she says, by refusing to care what other people said about her.

The first thing she went after was an education. She attended Adelphi University, the liberal arts and science school on Long Island, and planned to become a teacher because “that’s what people did” where she was from.

She switched to a career in finance after realizing she could make more money on Wall Street and landed her first job as a financial planner at Merrill Lynch.

Back in the 80s, Merrill Lynch launched a real estate division and began buying up companies across the U.S. Herman traveled the country helping conquer new territories and was ultimately tapped to run the Long Island division.

When Merrill decided to break up its real estate division and sell it off in chunks, Herman saw an opportunity to build her own business and, after the banks turned her away, her old bosses at Merrill agreed to back her in her purchase of the Long Island division.

“I put everything I had on the line and grew that business [to the most prestigious real estate firm on Long Island],” said Herman, who turned down an offer for her firm from Cendant, the behemoth that ultimately bought Corcoran.

She had her sights set on expanding into the city and, when Douglas Elliman came up for sale, she went after that.

With her business partner Howard Lorber — a leader in the finance world and chairman of Nathan’s Famous hotdogs — Herman went to Prudential again and convinced them she was good for a $72 million loan to buy the company.

The fact that they loaned her the money is a credit to her business acumen, although she said it was also a reflection of her real passion for her work.

“People did say I was crazy and if I had listened to them, I wouldn’t even have tried. But if you really believe in something, sometimes that belief and that passion can convince other people to believe in you, too.”

Herman also inspired confidence in the brokers and agents at Douglas Elliman who initially eyed her with suspicion as she took the reins of the firm on the eve of America’s war against terrorism and a post 9/11recession.

“I was scared, of course. I don’t believe a title buys you respect and I asked the agents to give me a shot at earning their respect.”

That was in 2003, a period of lull before the storm of raging prices and freefalling interest rates that were the boom years and it seemed everybody was making money. Then came the Great Recession, which brought pay cuts and belt tightening but no lay-offs at her firm.

“We got through the recession with the help of everyone in the company who made sacrifices. But I never stopped investing in technology and we created a tremendous website and continued to develop our brand… and trained agents to be prepared for working with new clients.

“When the markets change, you need to take your business and adjust. I have survived bad and great markets and I think it’s important for brokers to have a strong foundation and a company that is focused and strong that they can rely on. But you have to be on top of your game and be able communicate with your clients about the information that’s out there.”

As the housing market roared back, Herman positioned Douglas Elliman as its own brand, dropping the Prudential affiliation and capturing new brokerage business through a kind of ‘one-stop service’ for real estate.

The firm’s Ask Elliman campaign has driven new traffic to that expanded website where company experts answer questions from visitors ranging from financing and relocation to credit and appraisal.

“You don’t have to be buying or selling to ask a question,” said Herman. “The whole premise is that you give people what they need. The internet spits out so much information today, and while it could be right, it could be wrong.

“People need someone to help navigate that tangle of information and we have positioned the company to provide anything you might need in home ownership, even if it is just information.

“This is not a one-size-fits-all business and our aim is to help people make decisions based on their own personal needs.”

Doglas Elliman is strategic partners with London-based Knight Frank LLP for residential business in all of its New York markets, a relationship it aims to expand in terms of resale and development this year.

In 2011, industry veteran Susan DeFranca joined the firm to bolster its new development division. She’s “taken it to the next levelˮ said Herman, citing recent deals for 432 Park, which will be the tallest residential building in the city, and the Puck Penthouses in Soho as well as the Metropolis in Los Angeles and Faena House in Miami Beach.
“Susan is one of the best in the business,“ said Herman. “My business partner is a man, but I am all about women supporting women because I don’t think there are as many successful women as men. And with kids, family, marriage and work, it can be hard to balance everything.

“I worked my whole life and I don’t think there’s any real formula you can take to the bank. I do know that you have to have support, you have to give and take and you have to believe in yourself.ˮ