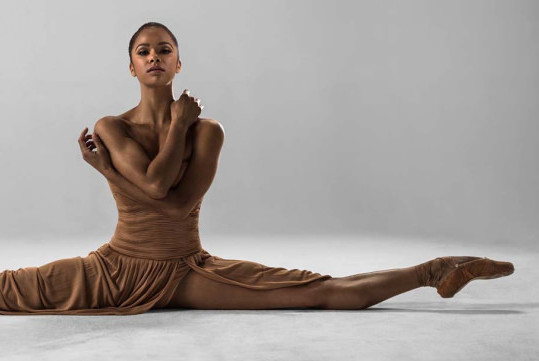 BALLERINA Misty Copeland and her attorney husband Olu Evans have bought a new Upper West Side apartment.
The couple paid $3.125 million for the three bedroom, 2-bath pre-war condo unit on West 88th Street that was listed at $3.25 million by Corcoran agents Amy Katcher and Curtis Rhine, according to public records.

The agents called the 1,676 s/f unit “picture perfect” following a meticulous renovation that showcases its double-sized living and dining space and “serene” master suite.
The sellers were Ariel Property Advisors founder Shimon Shkury and his wife Ruby.
Copeland, who was the first black ballerina to hold a principal position for the American Ballet Association, was introduced to her hubby by his cousin, actor Taye Diggs.
The couple are longtime Upper West Siders and have been renting on nearby West 70th Street since 2010.
They launched their own dancewear company the same year and operated the business from the one-bedroom pad.
Missouri-born Copeland (pictured top) was considered a prodigy who rose to stardom despite not starting ballet until the age of 13.
Today, she is a celebrated dancer, public speaker, celebrity spokesperson and author having penned two autobiographies. In 2015, she was named one of the 100 most influential people in the world by Time magazine.

STRIBLING agent Jared Seligman has reduced the price of Justin Timberlakeʼs Soho Mews apartment from $7.995 million to $6.75 million.
TMZ first spotted the price chop on the 2,600 s/f three-bedroom, 3.5 bathroom pad, which has a wraparound terrace and walls designed for art displays.

The one-time Mickey Mouse Club member turned superstar singer/actor/producer bought the apartment in 2010 for $6.57 million as a starter home to share with wife Jessica Biel.
Now parents, the celebrity couple upgraded their New York digs last year with a $20 million duplex penthouse on Greenwich Street.
Their real estate portfolio features several homes, including a 13,000 s/f Mediterranean-style villa in LA’s Hollywood Hills and a mansion at the Yellowstone Club near Big Sky, Montana.
The couple also have an estate in the village of Leiper’s Fork near the Memphis, Tenn. suburb where Timberlake grew up.