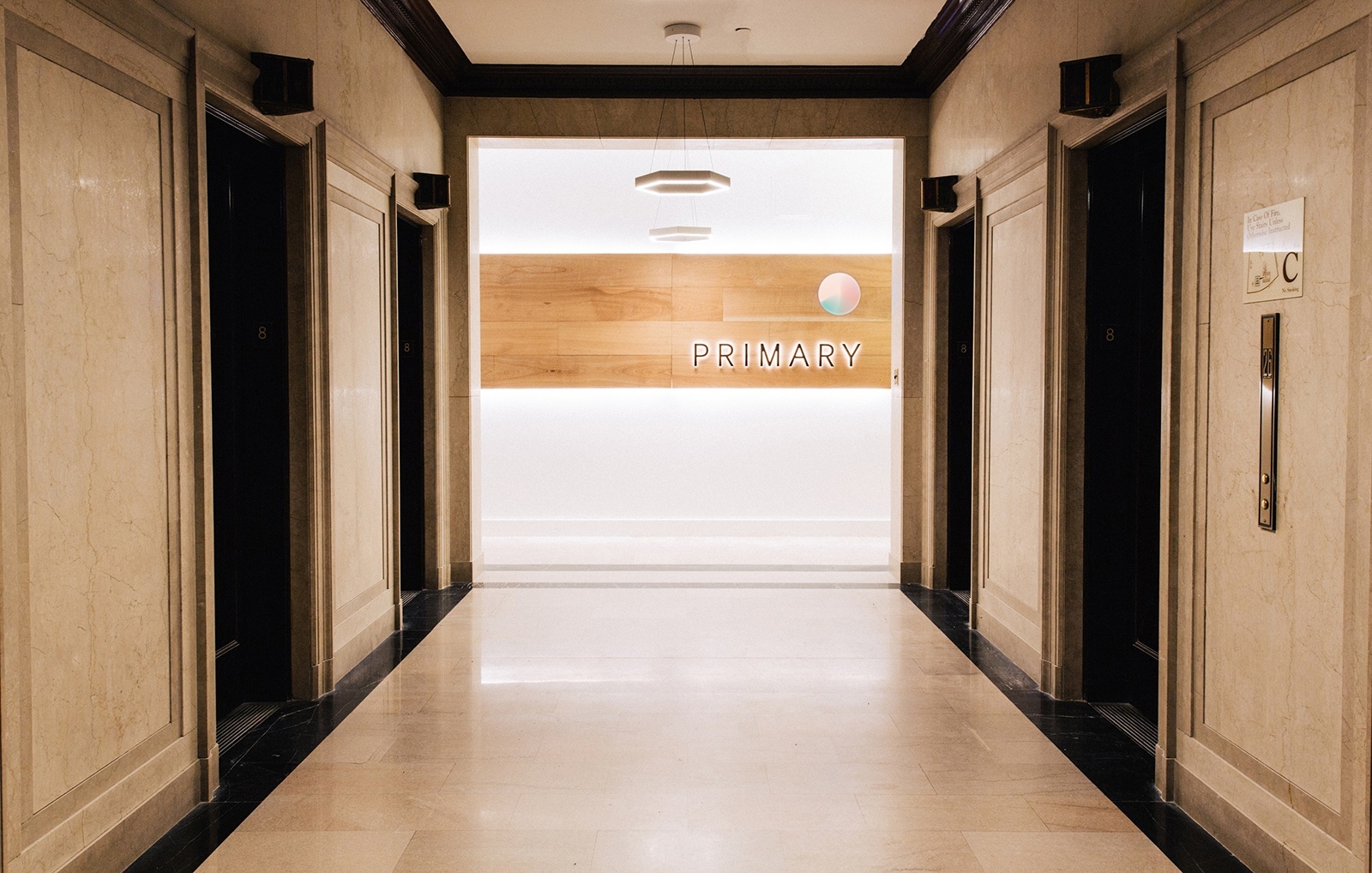 Primary, an upstart co-working company that focuses on health and fitness, is adding a second floor to its operation inside 26 Broadway.

Launched in 2016 with 25,000 s/f on the eighth floor of that same building, Primary adds an athletic twist to the shared office concept pioneered by WeWork, offering members an exercise studio with yoga and meditation classes, full locker rooms and a café that serves fresh juice and healthy snacks.

This month, the company adds the entire 48,873 s/f third floor to its lease, where it plans to build 130 shared offices and a larger studio space. With the addition, Primary’s total holdings in the 32-foot building come to 73,873 s/f.

Co-founder Lisa Skye Hain said the company plans to add three or four more Manhattan properties in the near future, with its next target being a space in the 30s near Seventh Avenue. Eventually, she’d also like to expand to other major office markets such as London, Toronto and San Francisco.

Primary considered 40 locations throughout Manhattan before choosing 26 Broadway for its first location. Hain said she’s been pleased with the support she’s has received from Michael Chetrit, whose Chetrit Organization owns the building through a subsidiary company, adding that she was happy to grow her company’s footprint within the Financial District.

“It’s been perfect as it relates to our brand because it feels as though you’re in a Zen garden within the middle of this stressful jungle of steel and concrete,” she said. “It tempers that vibe that many of us in New York have become all too familiar with.”

With a warm aesthetic that includes soft colors, rounded edges and a plethora of plant life, Hain said new space will match the inviting aesthetic of the the original offices. Primary members will have access to both floors.

Once the studio space is moved to the third floor, Primary will use the additional floor on the eighth floor to expand the café, which has become a popular destination for workers throughout the building. The added space also affords Primary the opportunity to appeal to a wider range of businesses.

“We’ll be able to accommodate anywhere from one to 30 people in our offices on the third floor,” she said. “We’re excited to be able to expand our offerings and our flexibility.”

REBNY to honor Gene Boniberger for accomplishments in property management