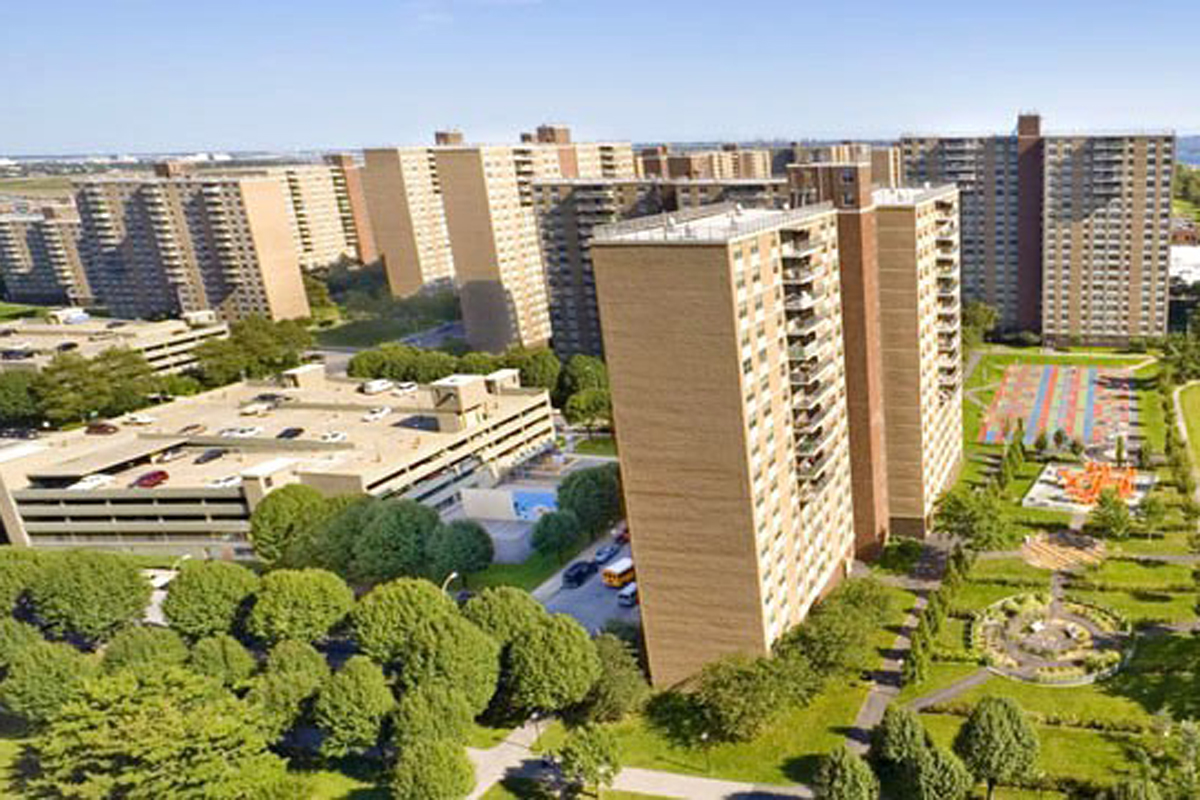 The owners of the nation’s largest subsidized housing complex have cleared another legal hurdle in their attempt to sell the 44-year-old Starrett City in Brooklyn.

The request was filed by the children of the project’s original developer and a company that wished to buy the site for a higher premium last September.

But Judge Scarpulla saw no merit in the request, saying the sale didn’t pose any irrevocable damage to the partners, only the potential loss of money, which could be retrieved through a separate suit once the sale closes.

The Starrett City Associates can proceed with the sale but the buyers, the Brooksville Company and Rockpoint Group still need to convince state and federal regulators that the transaction will allow the apartments to remain affordable. Assuming there are no hang-ups, as there were in 2007 when objections from tenants and government officials derailed a $1.3 billion sale of the complex, the dissenting owners could sue the managing partners for not living up to their fiduciary duties to sell for the highest price possible.

A few salacious storylines have emerged since the dissenting partners first filed a complaint on September 28. There’s the familial infighting between Carol Deane — managing partner of the Starrett City Associates and widow to project’s financier Disque Deane — and her four adult stepchildren as well as the fact that President Donald Trump holds a small ownership stake inherited from his father, Fred Trump.

However, the real issue stems from another minority owner: Belveron Partners LLC. The California-based firm, which specializes in preserving affordable and workforce housing, offered to pay an additional $25 million for Starrett City only to be rebuffed by the general partners. It is believed to be the main agitator behind the injunction request.

“They’re really the motivating force behind the lawsuit because they’re the thwarted purchaser,” William P. Walzer, a real estate attorney with Davidoff Hutcher & Citron LLP, said. “Companies like Belveron buy these minority holdings because they think it will give them an inside track when it comes time to sell and they think the general partner will want to work with them because they have an established relationship but that’s not always the case.”

Belveron and the other dissenting partners argued that the general partners breached their fiduciary duty by undervaluing the property, not opening the sale to public bids and denying them the opportunity for “meaningful review for informed consent.”

Bob Liff, a spokesman for the Starrett City Associates, said, “The most important result of this decision is it lifts a potential roadblock to the sale going through and gives the residents confidence that their apartments will remain affordable and their quality of life will be preserved.”

Belveron has not sued for damages, though it has not ruled it out. An attorney with Dechert LLP, the law firm representing Belveron, did not respond to requests for comment this week.

With 5,881 apartments spanning 46 buildings and more than 150 acres, Starrett City is home to roughly 15,000 people and various commercial properties. It even has its own zip code: 11239. The complex’s name was changed to Spring Creek Towers in 2002.

After the owners refinanced the property in 2009, they secured the affordability of all the units through 2039, with 60 percent of the apartments falling under the jurisdiction of the federal government’s Section 8 rental assistance program and the other 40 percent being covered by Section 239 interest rate reduction and the state’s Mitchell Lama program.

However, with a balloon payment on the property’s mortgage due in 2020 and the many of the limited partners — whose numbers crested at 200 before dwindling down to the current roster of 90 — already paying more in taxes than they received from their federally-capped annual dividends, the complex’s near-term viability was imperiled.

The consensus was that a sale made more sense than attempting to refinance again, so Harmon and the managing general partners began quietly fielding offers from a handful of companies, including Belveron and its partner, the LIHC Investment Group.

Despite offering a more generous package and extensive affordable housing portfolios in New York and throughout the country, Belveron and LIHC were skipped over for Brooksville and Rockpoint, which offered a lower asking price that the general partners felt would be viewed more favorably by regulators than the $1.3 billion offered a year ago.

“The managers of the entity had to walk a fine line,” Walzer said. “They had to get a price that would satisfy the partners but not one that was so high that the buyer couldn’t afford to service the debt without sacrificing affordability.”

A Brooksville spokesman said the company plans to hold Spring Creek Towers as a long-term investment and it has committed to improving the property while maintaining long-term affordability.

Prior to taking the job of president at Brooksville, Andrew MacArthur ran CWCapital, the Fortress Investment Group subsidiary that took over Peter Cooper Village and Stuyvesant Town in 2010 after the previous buyer, Tishman Speyer, defaulted on its loans, so he feels confident in his ability to manage Spring Creek and preserve its affordability.

“We are fully committed to the preservation of affordable housing and have structured the deal with low leverage and targeted modest returns in order to ensure long-term stability,” MacArthur wrote in an emailed statement.

However, not everyone in the affordable housing industry is convinced that Brooksville and Rockpoint were the best choices.

Burkhart, an affordable housing specialist, said she has worked with both companies on many projects in New York and praised their “pro-tenant” business models. She said she was skeptical of the reasoning behind the Starrett City Associates’ decision to opt for a lower sale price.

“If their reasoning is because the other group offered less money, I think that’s a joke of an answer because you never know how someone will be until they get the property,” she said. “Everyone has their own execution style; everyone has their own way of creating added value.

“Of course, everybody also has their reasons for how they want to be perceived and perception is everything in this era of social media saturation.”