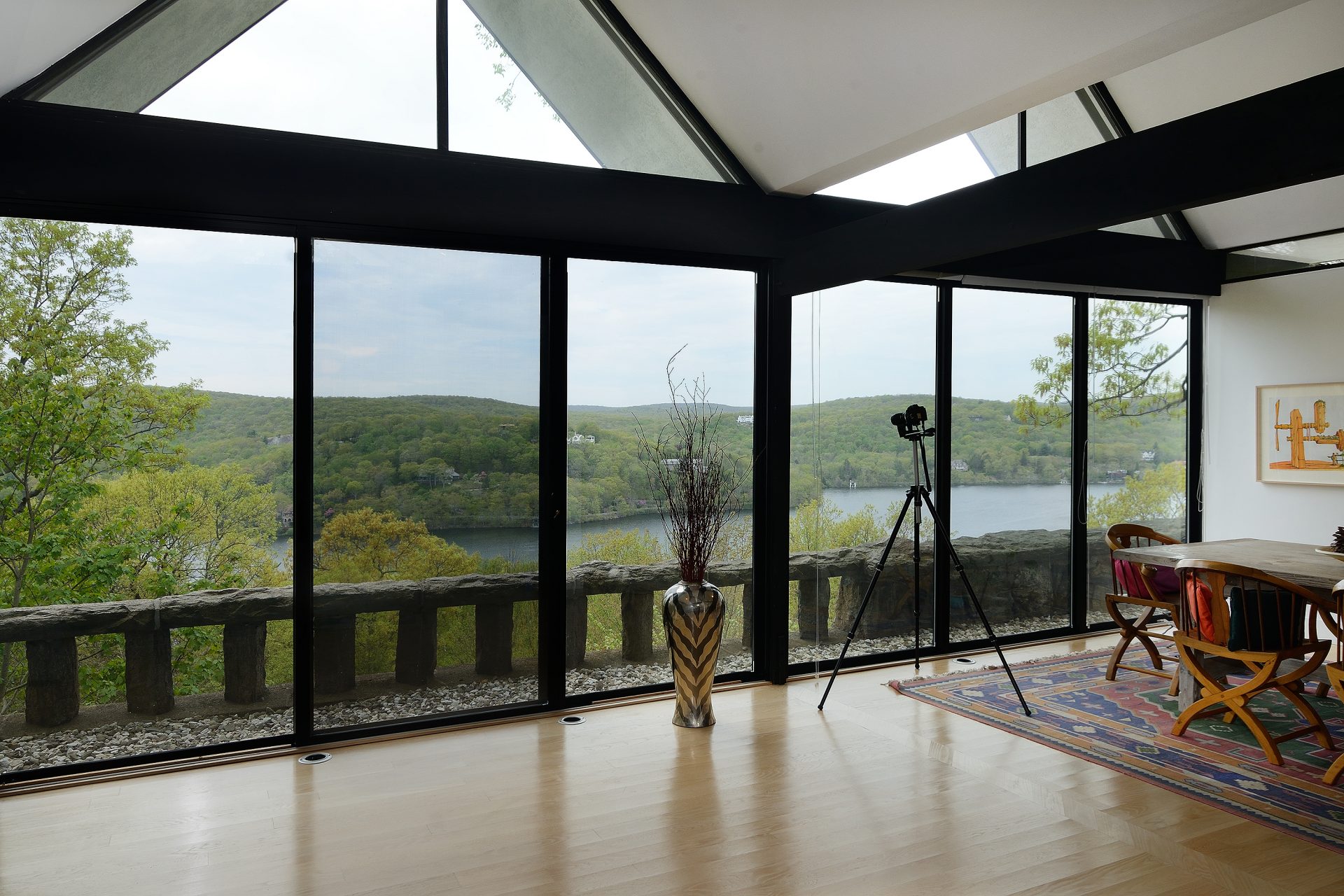 HAVE YOU HEARD? Upstate offering more castle than cabin

A newly listed home in upstate Tuxedo Park is being offered for $2,375,000 by Ellis Sotheby’s International Realty.
The 6.8-acre gated glass house (pictured top) is located in historic Tuxedo Park, the nation’s first gated community founded in the 1880s by tobacco heir Pierre Lorillard IV as a hunting and fishing haven for blue blood society.
Both J.P. Morgan and William Waldorf Astor had homes there, and the village gave its name to a new kind of dinner jacket, the Tuxedo.
Today, the fully renovated three bedroom home overlooking Tuxedo Lake is home to Chiu Yin Hempel, author of several books including Tuxedo Park: Lives, Legacies, Legends.

COMPASS agent James Michael Angelo is pitching a new reality real estate show to the networks.
The Realtor and comedian has created What’s Your Deal?, a talk show with well-known New Yorkers filmed in multi-million dollar homes.
Angelo and his celeb guests chat about city life and how Manhattan has played a pivotal role in their personal lives and careers.
They are also joined by the listing brokers for a quick spin around the kind of homes that most people would only dream of owning.
The first episode features journalist Michael Musto; the second art-world darling Scooter LaForge, and the most recent is with designer and Sex And The City stylist, Patricia Field.
A spokesman said Angelo is currently in discussions with “major and independent networks about placing the show, either as a standalone or within a news broadcast.”

AUTHOR Peggy Noonan is selling her Upper East Side apartment.
An Emmy Award-winning broadcaster and former speech writer for President Ronald Regan, Noonan has owned the Carnegie Hill co-op for over 20 years.
The three bedroom at 60 East 96th Street has a private entrance and a split layout, with two bedrooms, a bath office, den and possibly fourth bedroom at one end and the master suite at the other.
Christine Miller Martin, Deanna Lloyd and Hunter C. Hulshizer at Stribling & Associates have listed the unit at $1,295,000,
Noonan is a columnist for The Wall Street Journal and contributor to NBC and ABC News. She was a primary speechwriter and five of her books have been New York Times bestsellers.
Noonan was nominated for an Emmy Award for her work on America: A Tribute to Heroes.