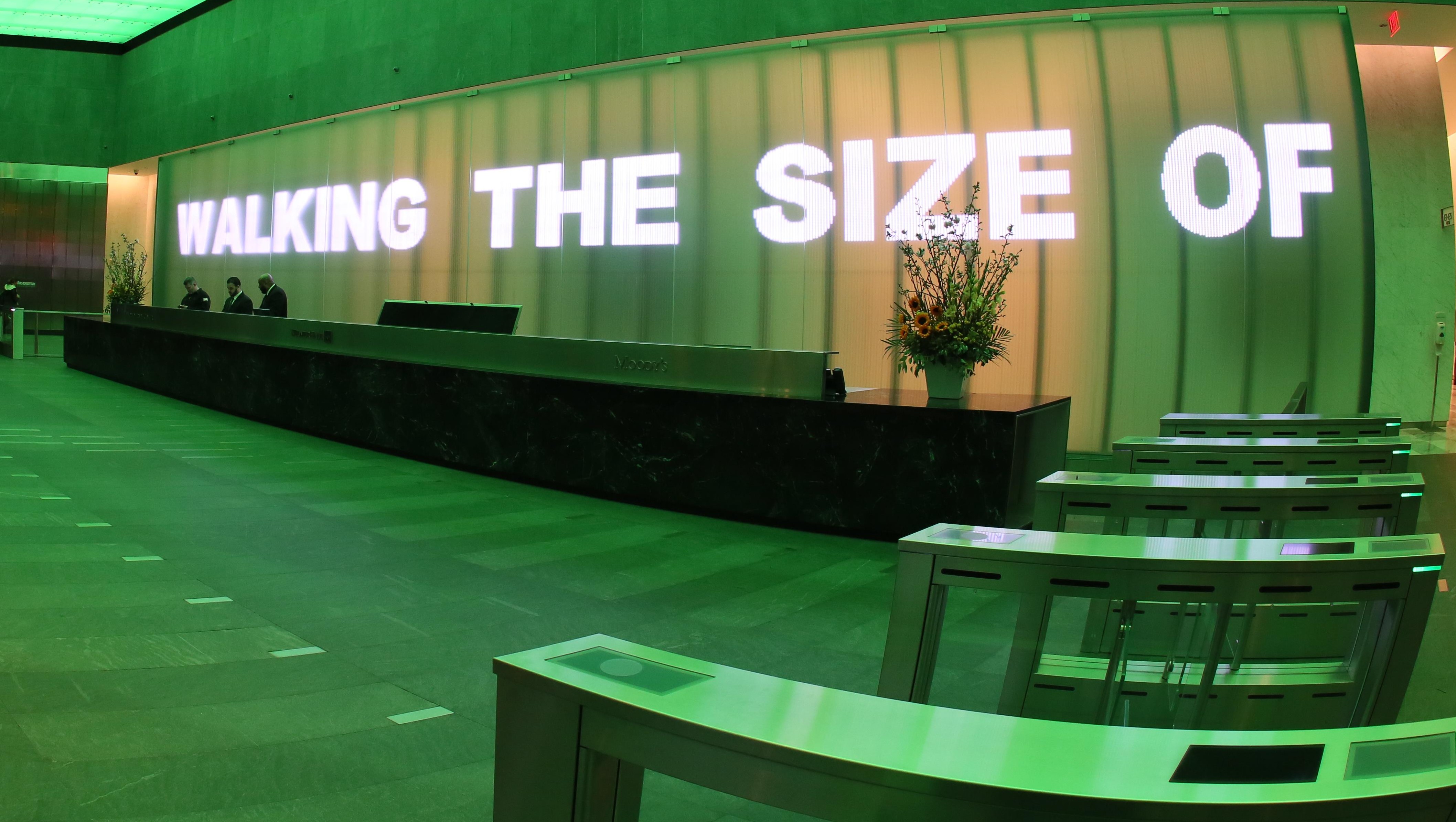 Silverstein Properties has turned the entire lobby of 7 World Trade Center green today from 6:00 a.m. until midnight in honor of St. Patrick’s Day.

The display is part of Tourism Ireland’s seventh annual Global Greening initiative, a campaign which sees some of the world’s most famous attractions going green to mark the holiday.  Other sites taking part in this year’s initiative include the Colosseum in Rome, the Leaning Tower of Pisa, Sacré-Cœur Basilica in Paris, Christ the Redeemer statue in Rio de Janeiro, and Nelson’s Column in London.

This transformation of the lobby was made possible by the installation of a new LED lighting system last year, which allows Silverstein to program up to 1,000,000 colors.

Completed in May 2006, 7 World Trade Center was named the first “green” office tower in New York City by the U.S. Green Building Council.  The tower was designed by SOM architect David Childs in collaboration with local artist Jamie Carpenter.