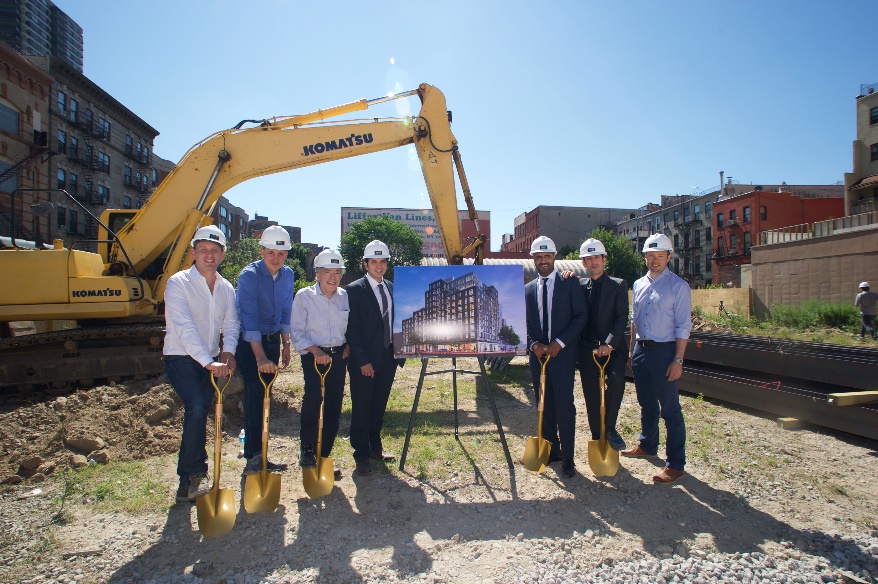 The site is located on the corner of 3rd Avenue and East 121st Street in Manhattan’s East Harlem neighborhood, one of the most rapidly transitioning areas of New York City.

Karl Fischer serves as the architect of record for the project.

“HAP is pleased to start construction on this residential project in East Harlem, which will have a major positive impact in further transforming the East Harlem neighborhood. We are excited to partner with Karl Fischer to create this premier New York City property, which will serve as a destination for residents and retailers bringing new life to the area.” said Eran Polack, CEO, HAP Investments.

The new residential project is an 80/20 rental development, in which at least 20 percent of the units will serve as affordable housing for low-income residents.

The project will serve as home to the neighborhood’s newest grocer. The building has applied with the DOB for the Food Retail Expansion to Support Health (FRESH) program.

HAP Investments has been very active in Upper Manhattan and the East Harlem areas with properties including: 419 East 117th Street, 247-249 East 117th Street, 2338 2nd Avenue, 329 Pleasant Avenue, and 1655 Madison Avenue. In addition, the company purchased a major development site at 215-219 West 28th Street in New York City’s Chelsea neighborhood. Most recently, HAP is in contract to purchase a development site at Journal Square in Jersey City, New Jersey, to be known as “HAP Tower.”