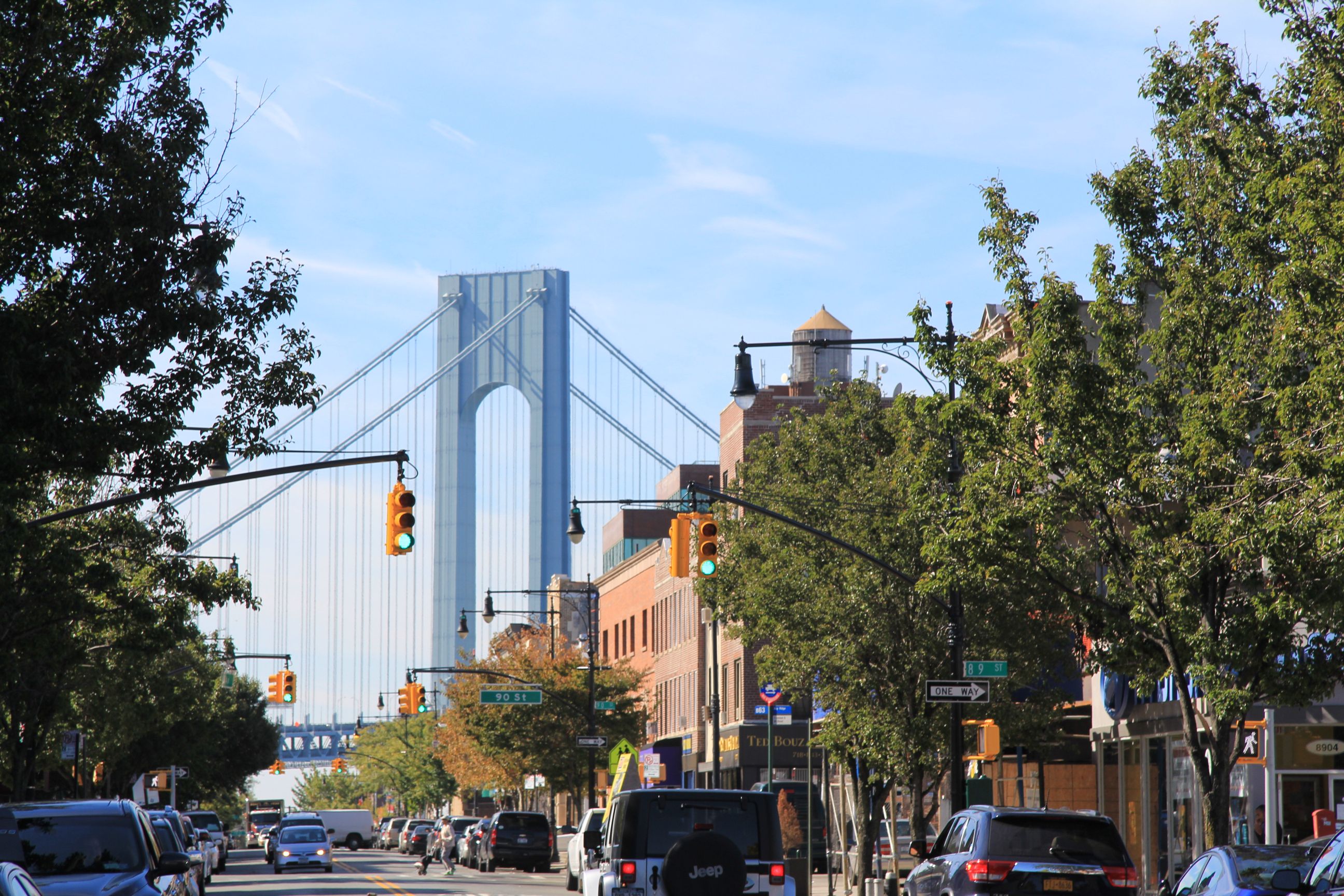 The neighborhood of Bay Ridge, Brooklyn isn’t exactly unknown – it was perhaps most famously immortalized in the hit movie “Saturday Night Fever,” starring a young John Travolta, in 1977. It depicted the middle-class community along the southwest shore of Brooklyn as a bustling, family-oriented place to call home.

Bay Ridge, originally named Yellow Hook, after the color of the soil in the area, wasn’t unlike many other neighborhoods in Brooklyn, in that immigrants made up the population – Norwegians and Danish to be exact.

Over time, the neighborhood shed its original name (so as to avoid being associated with Yellow Fever), many Norwegian families moved out in the 1970’s, and the area saw Irish, Italian, and Greek immigrants move in. Many other cultures are reflected in Bay Ridge, and as a result, a wide selection of cuisines is available in the neighborhood, which teems with restaurants.

Though it is located in New York City proper, Bay Ridge has the largest amount of parks per square mile than any other neighborhood in Brooklyn, and boasts a waterfront promenade. It’s an area known for having excellent schools, its own “restaurant rows” on Third and Fifth Avenues, and a suburban feel.
But in the last few years, residential real estate prices have been increasing, spurred by an uptick in interest in the neighborhood from buyers looking for a cheaper alternative to Manhattan, and other areas of Brooklyn.

“More people are starting to consider it that wouldn’t have before because they thought it was too far from Manhattan,” said Citi Habitats broker Carlos Miranda, who grew up in Bay Ridge and still lives there now.

Many buyers looking to move to Park Slope have found it to be too expensive and congested, and are finding Bay Ridge to be an appealing alternative, said Miranda.

“Inventory is a little low right now, but Bay Ridge is definitely still cheaper than Park Slope and other nearby areas,” he said. “A lot of Bay Ridge natives are moving to Staten Island or New Jersey, there are different younger faces, young professionals in the neighborhood now.”

“There’s a house on Shore Road that sold not too long ago for over $4 million,” said Diane Henning, a

broker with Corcoran who lives in Bay Ridge. “A lot of people are coming here because they’re looking to be less congested and like being along the water. In 2012 when Sandy hit, I saw a lot of people moving from different neighborhoods – Downtown Manhattan, Breezy Point, Far Rockaway – because a lot of people don’t realize Bay Ridge is nicely elevated and not in a flood zone.”

But those prices should be taken with a grain of salt.

“Properties are very different here,” said Douglas Elliman agent Rezwan Sharif, who lives in Bay Ridge and does business in the area. “There’s not a single comp for a single property, because there’s such a wide mix. There’s not method to the madness if you look at property prices.”

Sharif works out of the firm’s Park Slope office, along with fellow agent Helen Chee, a lifelong Bay Ridge resident who agrees that mix of different housing stock makes it difficult to estimate average prices.

“Housing here is so broad,” said Chee. “We do have a difficult time as brokers representing people from other parts of Brooklyn, like Park Slope buyers, and getting them to understand how real estate works here, because it’s just so insular.”

The neighborhood has a “mixed bag” of housing, ranging from semi-attached homes, pre-war co-ops, two-family homes, detached frame houses and mansions along the waterfront.

Besides both being residents of Bay Ridge, Sharif and Chee are diehard supporters of the neighborhood they call home, ticking off the good schools, numerous parks, and tight-knit community spirit as one of the many things they love about the area.

“I would consider it a hidden gem of Brooklyn,” said Sharif. “It has that level of intimacy and that neighborhood feel that other parts of Brooklyn may have lost.”

New changes happening lately include retailers opening outposts in the neighborhood – including the Century 21 department store which expanded recently, The Gap, and Victoria’s Secret, and a highly-anticipated ferry service is expected to bring faster transit for those commuting to Manhattan.
But they also agree on what holds Bay Ridge back from becoming the next Park Slope, or even Williamsburg, in terms of popularity and sky-high prices.

Sharif recently helped two friends – one from Park Slope and one from Carroll Gardens – find new homes in Bay Ridge. It ended up being a struggle, because the local real estate firms representing the sellers would not co-broke, a frequent issue that has dissuaded Sharif from taking on buyers in Bay Ridge.

“It’s what is holding back Bay Ridge – It’s just a lack of presence and exposure,” said Sharif, who pointed out that none of the top residential brokerage firms in NYC have brick-and-mortar offices in Bay Ridge.

Sharif, who is looking to buy in the neighborhood himself, has often struggled to get an agent to return his phone call.

“There’s a lack of professionalism on the other side, and it’s certainly going to change, especially in the world we are in and with the internet. I just think Bay Ridge is a slow adopter,” he said.