Victory for affordable housing industry is a… 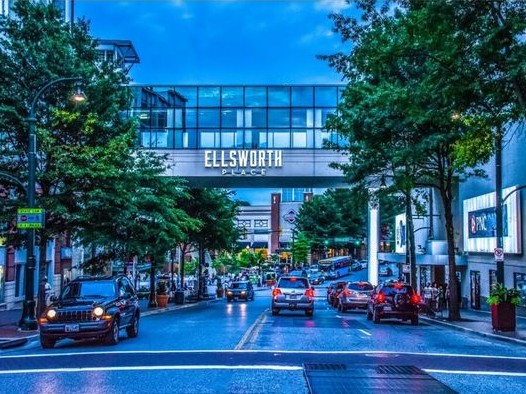 California-based Guitar Center, the world’s largest musical instrument retailer with nearly 300 locations across the United States, has opened its first mall location amid a flurry of new lease deals.

SCG Retail, a division of The Shopping Center Group, arranged five leases for Guitar Center in the past six months, including a 14,600 s/f store at Ellsworth Place mall in Silver Spring, Maryland.

The former City Place Mall was transformed into Ellsworth place (pictured top)  in late 2015. The $75 million renovation and overhaul of tenants  made the four-level mall into central focal point for Silver Spring. The mall features a multiplex, Forever 21, Dave & Busters, Marshalls and Ross. The center is owned by Petrie Richardson Ventures and was represented by Sean Hartcourt of H & R Retail Ventures in the lease.

Bruce Shepard, broker at The Shopping Center Group/ SCG Retail, located in the New York City office, has worked with Guitar Center since the 90’s doing deals coast to coast, exclusively representing them from Hartford down to Virginia. He also reps them exclusively in Florida.

As well as the Ellsworth deal, Shepard signed five locations including 19,000 s/f at Paramus Town Square, 240 North, Route 17, Paramus, New Jersey. Guitar Center plans to close both its stores in the area, one on 17, one on Route 4, and open a superstore in this new Paramus location which includes Dicks, Golf Galaxy, LA Fitness and Michaels. The center is owned by Galbrellian Associa tes and they were represented by Jerry Welkis of Welco, Realty. The new superstore is planned to open in September.

At Interstate Shopping in South Ramsey, NJ, Guitar Center subsidiary Center Music and Arts leased 2,200 s/f for a store addressing the band and orchestra needs of local schools and community musical organizations. Music and Arts provides rentals, and lessons for local musicians and students. DSW, Petco, TJMaxx, Bed, Bath & Beyond, are also in the center. The center is owned by Galbrellian Associates. They were represented Jerry Welkis of Welco Realty.

GC took 15,425 s/f at 3005 Alexandria Commons in Virginia, a community strip center with Giant Food and Panera, Guitar Center took a piece of Staples, which recently vacated the center. The center is owned by American Realty Advisors and was represented by John Mitchel formally of JBG Real Estate.

At Town Center at Laurel maryland, Shepard arranged a 12,000 s/f lease within the open air, lifestyle center that has been upgraded and revamped to meet the needs of today’s consumers. Owned by Greenberg Gibbons Commercial, they were represented in house by Tracey Holehan. Guitar Center occupies one of the out-parcel buildings at the entrance to the center and plans to open in September.

“Guitar Center transformed the musical instrument retail landscape, becoming the world’s best seller of guitars, electric pianos, recording equipment and sheet music,” said Shepard. “It’s been exciting working with their team as they continue to introduce innovations and improvements to their concept. I look forward to helping them continue to dominate for many years to come.”