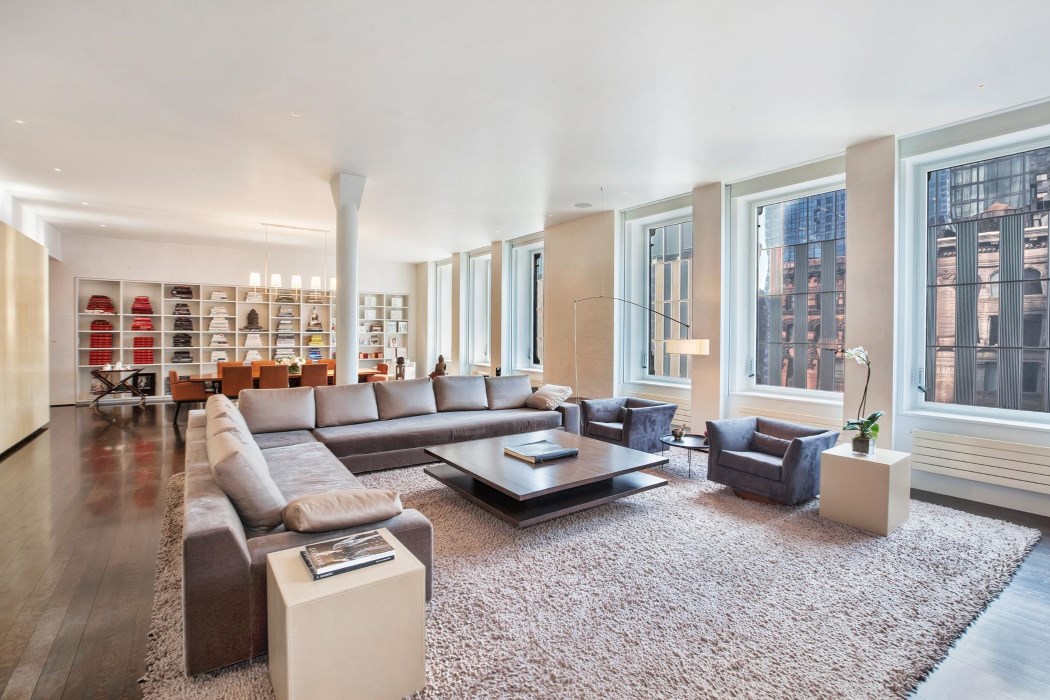 Restaurateur Giuseppe Cipriani has bought a $7.3 million apartment in the Financial District.

Cipraini, a member of the family that operates the restaurant of the same name, snagged a six-bedroom, six-bathroom apartment at 114 Liberty Street, according to property records. The 5,362 s/f, full-floor loft, which was designed by Yale School of Architecture Dean Deborah Berke, contains original columns, 12-foot ceilings, a media room, a laundry room and a fireplace. Giuseppe’s son Ignazio is also named in the deed.

The Cipriani family is known for its restaurants in Venice and New York. At the peak of the family’s empire, they operated seven restaurants in New York City, including Harry Cipriani and the Rainbow Room in Rockefeller Center. In 2007, Guiseppe and his father Arrigo were arrested on tax evasion charges. The fourth generation of the family has since focused on the hospitality business. Ignazio and his brother Maggio are behind the Mr. C hotel brand, which is slated to open its first New York City location later this year.

Cipriani will be in close proximity to a celebrity neighbor. His apartment is just below the penthouse unit owned by Def Jam founder Russell Simmons.

To finance the purchase, Cipriani took out a $5 million mortgage from Nassau Education Federal Credit Union.