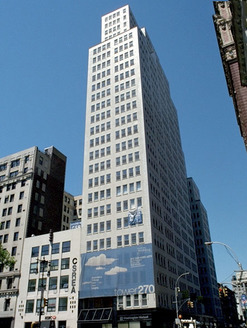 General Services Administration (GSA) signed a 72,258 s/f lease renewal covering the entire third through sixth floors. GSA is an independent agency of the United States government established in 1949 to help manage and support the basic functioning of federal agencies. Edward Welbourn and Marcy Owenstest of CBRE also represented the landlord in the transaction.

Rapid Ratings signed a 9,534 s/f, long-term lease renewal on the 7th floor. The tenant, a SaaS technology firm providing information on the financial health of public and private companies around the world, was represented by Todd Korren of Avison Young.

“Retaining the GSA and Rapid Ratings is a huge win for 86 Chambers and the landlord,” said David Hoffman. “Immediate proximity to City Hall, Tribeca and the Financial District were factors in the tenants’ decision making, but Nuveen’s attentiveness to the property and responsiveness to the tenants sealed the deals.”

“It is with great pleasure that we renew both long-term tenants,” said Ines Olesen, Director of New York Investments and Head of Dispositions, Office and Life Science, Americas at Nuveen. “GSA and Rapid Ratings’ decision to stay at 86 Chambers has reinforced our belief in the building’s value proposition and its ideal location that set it apart.”