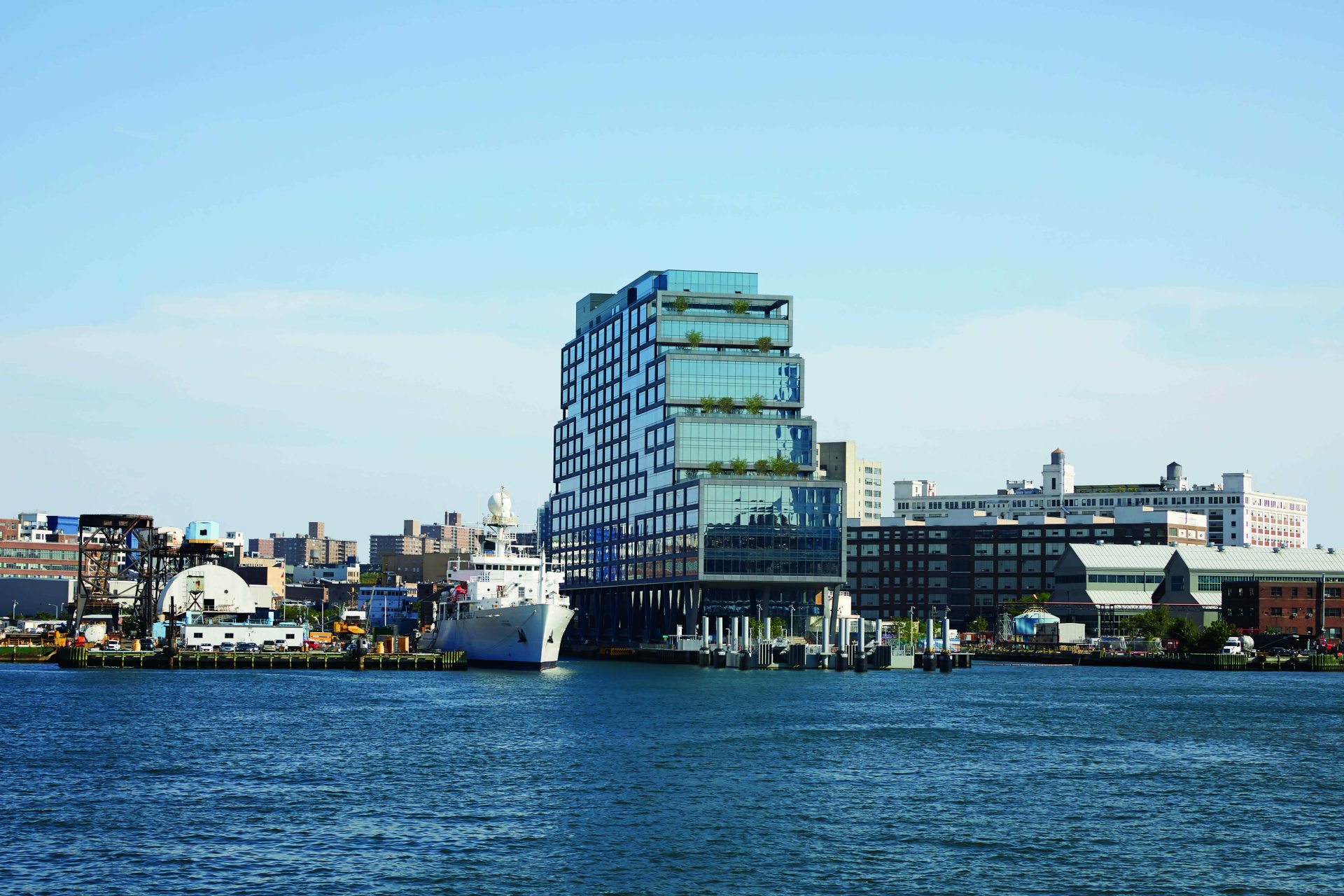 Rudin Development and Boston Properties announced that Food52, a premier online cooking and home brand, is moving its New York offices to Dock 72 at the Brooklyn Navy Yard. Food52, which currently has offices in Chelsea, will occupy approximately 42,000 s/f of space spanning the entire 13th floor.

As part of a 12-year lease, the firm plans to relocate from Manhattan to Dock 72 during the second half of 2022.

Co-founded in 2009 by former New York Times food editors Amanda Hesser and Merrill Stubbs, Food52 created a digital hub combining content, commerce, and community around the belief that the kitchen is at the heart of the home and food is the center of a well-lived life. With a monthly reach of more than 25 million people, the site features content such as recipes, videos, and podcasts, as well as a shop featuring its own line of award-winning products for kitchen, home, and life. Food52 was recently named by Fast Company as one of the world’s “Most Innovative Companies” in 2020.

“We are beyond thrilled to call Dock72 in the Brooklyn Navy Yard the future home of Food52. Through the pandemic, we redefined our vision for the future of the workplace and how we’ll intertwine our worlds of content and commerce creation just as we do on our site,” said Amanda Hesser, Food52 founder and CEO. “We’re already beginning to build out studios, communal spaces and test kitchens in the light-filled space for our team and collaborators to help even more people enjoy life’s most important pleasures — food, home and connection to others.”

“Bringing an innovative digital company like Food52 speaks volumes about the appeal of Dock 72 and our vision to create Brooklyn’s most advanced workplace,” said Michael Rudin, Executive Vice President of Rudin Development. “It is a testament to the quality of this project, as well as the technology community’s continued faith in the future of Brooklyn and New York City, and shows that despite the past year and a half that companies like Food52 are growing and still want to be in New York and in the office.”

“Dock 72 represents the cutting-edge of 21st century office space, which has been designed and constructed to contain the industry-leading amenities and technical infrastructure needed by today’s modern businesses,” said John Powers, Executive Vice President, New York Region at BXP. “It is an ideal fit for Food52’s brand as it establishes its presence in Brooklyn.”

“Being at the forefront of the food industry and digital content, Food52’s new space at the Navy Yard will offer its employees access to the state-of-the-art amenities at Dock 72 while allowing the media site to expand operations,” said David Ehrenberg, President and CEO of the Brooklyn Navy Yard Development Corporation. “Food52 is one of the latest additions to the Yard’s robust industrial ecosystem that enables food and beverage manufacturing companies to thrive by fostering collaboration and innovation.”

Opened in October 2019, Dock 72 was the first major ground-up commercial office building to be constructed in Brooklyn in over a decade. Originally a former shipbuilding facility, the site has been reinvented as an innovative and collaborative workspace. Co-developed by Rudin Development, BXP and WeWork, the 16-story, 675,000 s/f office building integrates state-of-the-art class-A office infrastructure with a unique design that honors the Navy Yard’s maritime history.

The building features massive, column-free workspaces with 14-foot ceilings and expanses of glass, which allow for an abundance of daylight and fresh air throughout the building. Surrounded by water on three sides, Dock 72 was designed by S9 Architecture, with interiors by Fogarty Finger, and Perkins Eastman serving as managing architect. It offers 16,000 s/f of outdoor terraces in addition to a large waterfront open space.

Employees and guests of Food52 will benefit from Dock 72’s expansive 35,000 s/f of amenities, which includes a rooftop conference center and ground floor food hall managed by FLIK Hospitality and Danny Meyer’s Union Square Events, a state-of-the-art health and wellness center, an open lawn and basketball court and an on-site bike valet, among others. Food52 will also have access to the Dock 72 mobile app, which expedites access to the building and all amenities and provides real-time transit updates.

Dock 72 and the Navy Yard are served by a wide array of multimodal transportation, including a NYC Ferry stop just steps from the building, onsite parking, CitiBike access, bus service, and WiFi-equipped shuttle service to major subway lines.

Food52’s new lease coincides with the Navy Yard’s $1 billion expansion, which has helped transform the Yard into Brooklyn’s preeminent tech and innovation hub. The expansion includes Building 77, a one million-square-foot property adjacent to Dock 72, which recently underwent a multi-million dollar renovation featuring a food manufacturing hub on the ground floor. Other recent projects include the redevelopment of Admiral’s Row, which is anchored by a 74,000 square-foot Wegmans Supermarket, and the expansion of Steiner Studios, NYC’s largest and most successful film and television studio.