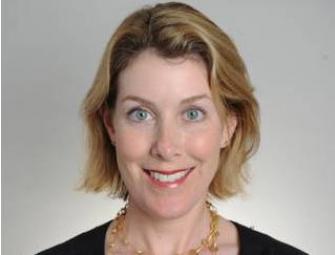 “Last year was a great year,” said Dennis Yeskey, the chairman of MIT’s Center for Real Estate, who has spoken at this annual presentation by New York Commercial Real Estate Women for the past seven years. “And in 2014, we’re going to have another good year, almost great. But beware 2015.”

Yeskey said commercial real estate could suffer from an expected slowdown in the stock markets. “It’s rare to have the stock market up for six years in a row,” he noted.
Historically, markets rise for five years, followed by a two-year dip, though there have been exceptions, including the 1990s recovery.

Heidi Learner, chief economist of Studley, said the New York City office market has seen a number of positive developments, but the “growth spurt” likely is over.
“It will be a bit lackluster over the next six to nine months,” she said.

Rising office rents do not necessarily indicate a strong market, as the New York market has a high ratio of Class-A space to the overall total, skewing rent averages.
While unemployment is down and other economic indicators are positive, Learner noted that New York’s office-employment growth is still weak. Fewer than 6,000 new office-using jobs have been added since December. “We are not going to see a big rebound in the financial sector,” Learner noted.

At least continued growth of foreign investment should give reason for optimism.

New York has just six percent of the nation’s population, but fully one-third of its office space, Learner noted. And while REITs have been the dominant investor in office space on a national level, foreign investors have been extremely active in acquiring New York City office space.

“What happens if interest rates begin to rise?” Learner asked. “It makes U.S. investments more attractive” as the dollar strengthens.

“Manhattan has seen all the action,” Woloshin said.

Going forward, demographics may be an economic issue, he warned. Young adults are graduating with record levels of student debt, delaying the formation of households and families.

Home ownership rates are declining and unemployment is higher than the national average for 20- to 24-year-olds.