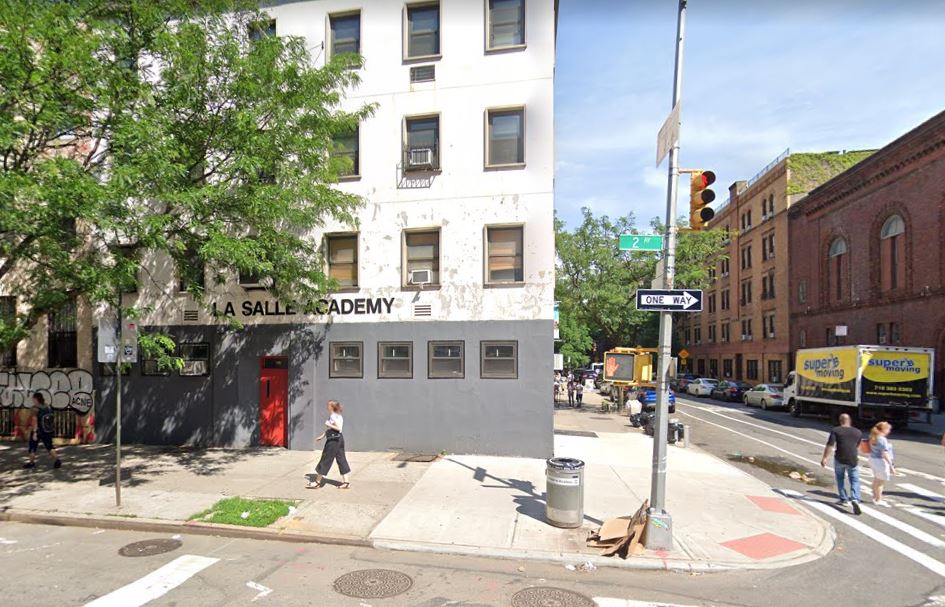 Los Angeles-based Gemini Rosemont has closed on the final piece on an East Village assemblage where the company plans to build a new apartment development.

Gemini Rosemont closed on 42-44 Second Avenue and 46-48 Second Avenue in March 2020 for $40 million. The new acquisition gives them  a combined development site that can accommodate an as-of-right buildable area of 75,908 s/f and up to 101,210 s/f of residential area under New York City’s Inclusionary Housing Program. Development plans are not yet available.

A significant portion of the proceeds from the sale are earmarked for La Salle Academy’s endowment fund, boosting the school’s financial stability and its ability to meet the growing needs of the segment of its student population who require tuition assistance.

La Salle Academy, which currently occupies the top three floors of St. George’s Ukrainian School on East 6th Street off Second Avenue, will continue to operate at its present location.

According to AY, La Salle capitalized on the opportunity to sell its valuable asset following Gemini Rosemont’s acquisition of Archdiocesan properties that share the block earlier this year

“This transaction will be a game-changer for La Salle Academy,” added Cottingham, a graduate of La Salle Academy who serves as co-vice Chairman on the Board of Trustees. “By earmarking a significant portion of the proceeds for the endowment, we are ensuring that the school will re-main viable and continue to serve students for many years to come.”

La Salle purchased the Annex property in 1966 to provide additional space for its large population of students during that era. Since 2010, the Annex served as the home of the Brothers’ Community that was associated with the school and provided office space for some members of the school’s administrative staff.

La Salle Academy’s former school building and Brothers’ Residence on Second Street, which is currently leased by the Nord Anglia International School, are not included in the transaction.

Paul Gerwin, executive vice president of the Development division at Gemini Rosemont, commented, “When developing a project, acquiring the corner site is often the key to efficient project design.

“The addition of the corner lot gives us more flexibility and creativity and increases the project value due to its exposure on two streets, Second Avenue and East Second Street.”

“The acquisition of 38 Second Avenue completes a strategic assemblage pieced together from multiple sellers over a two-year period,” said Schubiner. “Through persistence and patience, we now control nearly the entire blockfront representing 235 feet of wraparound frontage between East Second and East Third Streets.”

“New York is incredibly resilient and will remain one of the most desirable places to live and work. We are actively seeking opportunities that meet our criteria to continue to grow our company’s ground up development capabilities.”