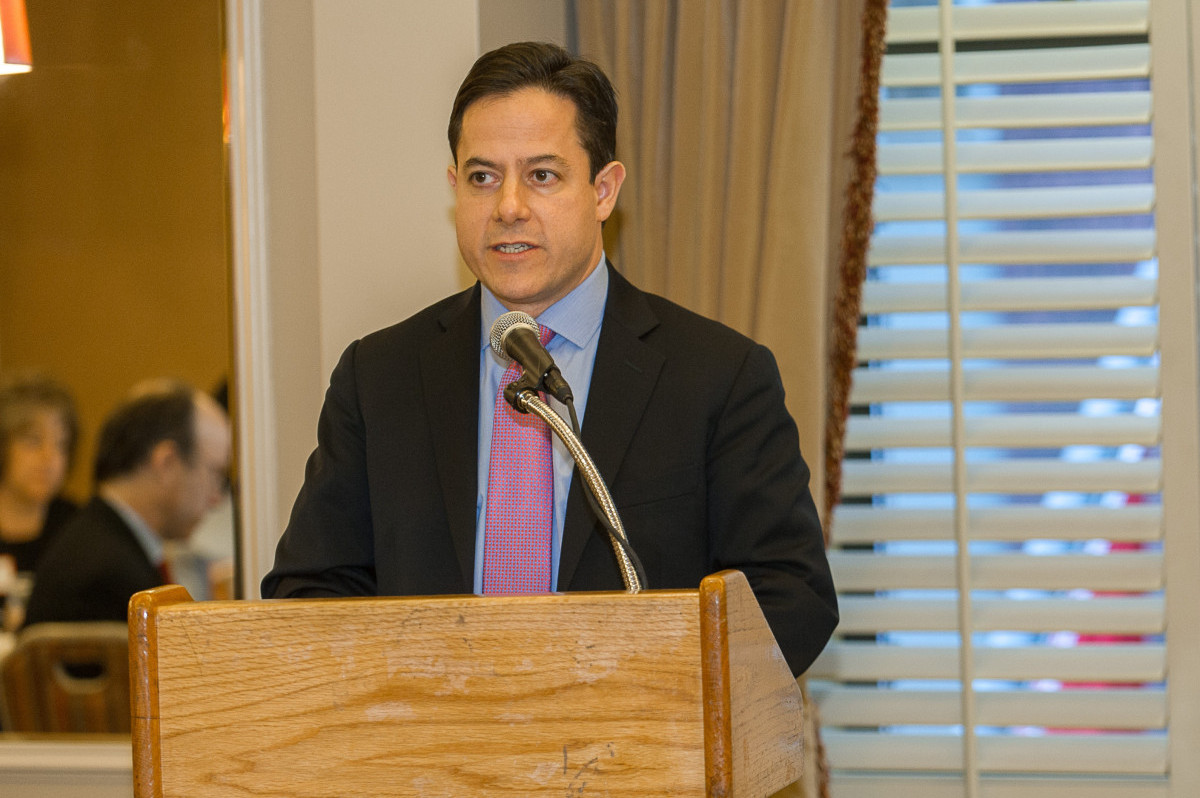 Garodnick: East Midtown transit problems too big to be solved through rezoning

While the rezoning of East Midtown has been tied to transit improvements with promises of reworked subway stations, its overall effect may amount to a drop in a bucket.

“As to whether or not it would be enough to support the mass transit needs, definitely not. The transit needs in New York City and East Midtown are enormous,” said Council Member Dan Garodnick, who serves as the co-chair of a steering committee tasked with creating a framework to revive the aging commercial district.

Garodnick, who made the statements during the B’nai B’rith Luncheon last week, described the benefits of the East Midtown rezoning plan, which allows developers to build taller buildings in exchange for funding transportation improvements, as “on the margins” of the solution to the area’s transit requirements.

“These will help, the public realm improvements, (but) these are on the margins when we’re talking about transit improvements. If you are developing a building right next to a transit site, and you decide to earn your FAR (floor area ratio) by doing a real improvement to that subway station, that would be real and could be transformative for the riders’ experience. But we should make no mistake about the fact that our transit needs in East Midtown are much bigger than anything that we could fix through rezoning,” he said.

East Midtown, which contains landmarks such as Grand Central Station, accounts for 700,000 trips in its stations every day, according to figures from the MTA. The agency also estimated that 80 percent of East Midtown’s workforce uses transit infrastructure to get to work. The steering committee, which was established by Mayor Bill de Blasio in May 2014, studied a 92-block area that covered East 39th Street and East 57th Street between Second and Fifth Avenue. In its final report, the group prescribed measures that provided as-of-right higher density if certain requirements are met. For example, some sites that are located next to a transit line, a wide avenue or a landmark are eligible for higher FAR.  The additional FAR can be earned through paying for transit improvements and then through plaza bonuses or air rights transfer from landmarks.

Garodnick said that he expects the East Midtown rezoning plan to pass in 2017. “So my expectation is that we will pass the East Midtown rezoning in 2017,” he said. “I think you’re going to see a proposal from the mayor this year, coming towards the end of this year. They have to study what we’ve given to them. They have to do environmental reviews. They would propose it then it goes to ULURP (Uniform Land Use Review Procedue and then we pass it.”

The report estimates that there are 4 million square feet of air rights that would be available once the rezoning passes. A previous version of the plan from the Bloomberg administration pegged the price at $260 per square feet. In its current form, the Landmarks Preservation Commission will be responsible for pricing the development rights, with the city taking a cut ranging from 20 to 40 percent for every deal.

“I think that the idea that the price of air rights on 39th street and 3rd avenue would be the same as on 57th street and park avenue just does not make any sense. We did not want to have the city be in the position of putting a precise dollar amount on what these air rights will sell for,” Garodnick said.

Controversial Sutton Place project may be out of reach of opponents