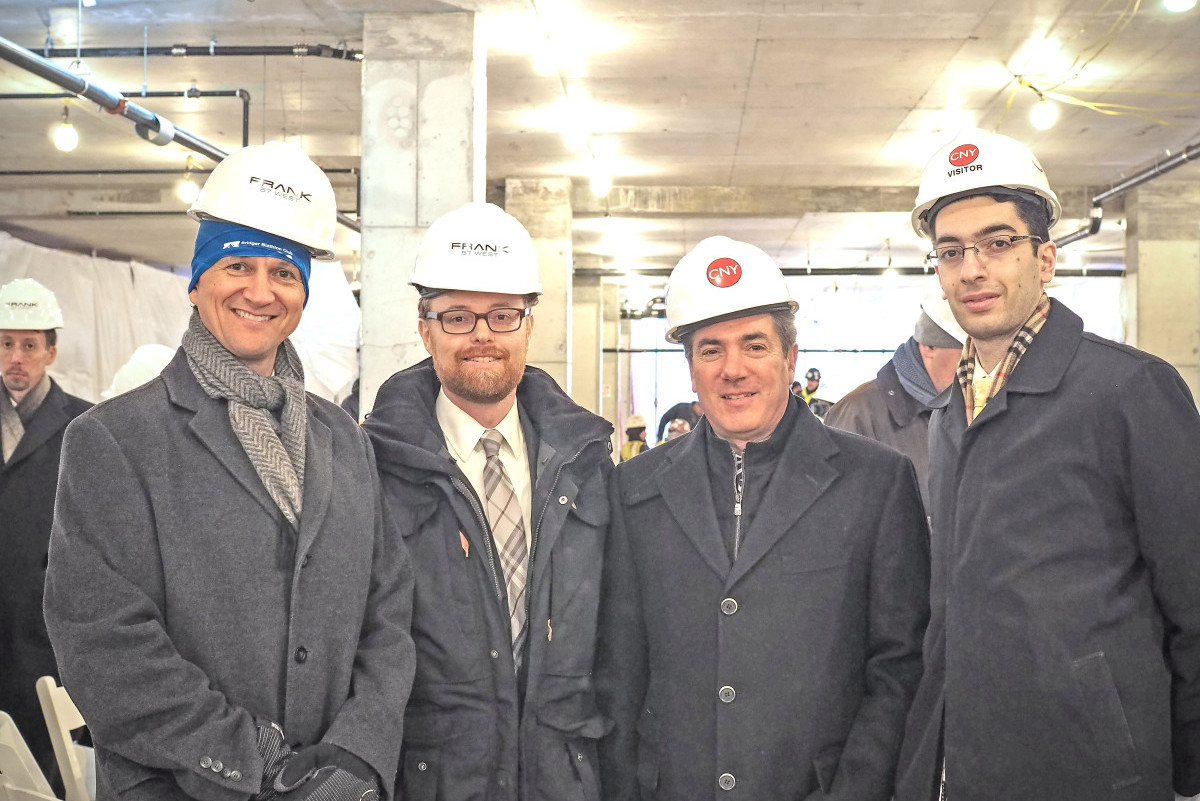 600 West 58th Street, a ground-up mixed use building located in one of the city’s fastest-expanding neighborhoods has officially topped out, The Durst Organization and Wexler Healthcare Properties of the Corcoran Group announced.

The Wexler Healthcare Properties Team at The Corcoran Group is leasing the 87,717 s/f of medical space on the first four floors of FRANK 57WEST, a ten-story mixed-use building designed by architect Studio V.

The space, which includes plans for a lower level medical area and 6,407 ft. of retail on the first floor, as well as on-site parking and a dedicated medical entrance and lobby, is slated for move-ins in the third quarter of 2016.

FRANK 57WEST will also include 65 rental residences located on the top six floors of the building, adding to the rapidly growing residential neighborhood, which has grown to over 10,000 residential units within a ten block radius.

The Durst Organization is also developing VIA 57WEST at 625 West 57th Street. Designed by Bjarke Ingels of BIG Architecture, this is the Danish firm’s first project in New York City and will offer 709 rentals and 45,000 ft. of commercial retail space. 600 West 58th Street is also located adjacent to HELENA 57WEST at 601 West 57th Street, a LEED-certified rental building with nearly 600 units.

“In an area with limited medical space that will soon be flooded with thousands of residential units, 600 West 58th Street is an amazing opportunity for a forward-thinking tenant to collaborate with The Durst Organization, one of the city’s most celebrated developers,” said Paul Wexler of The Wexler Healthcare Properties Team.

“We are thrilled to be creating this exciting new medical and retail opportunity,” said Alexander Durst, Chief Development Officer of The Durst Organization.

“It will not only be great service to our tenants in the surrounding buildings but also an important resource to the entire community.