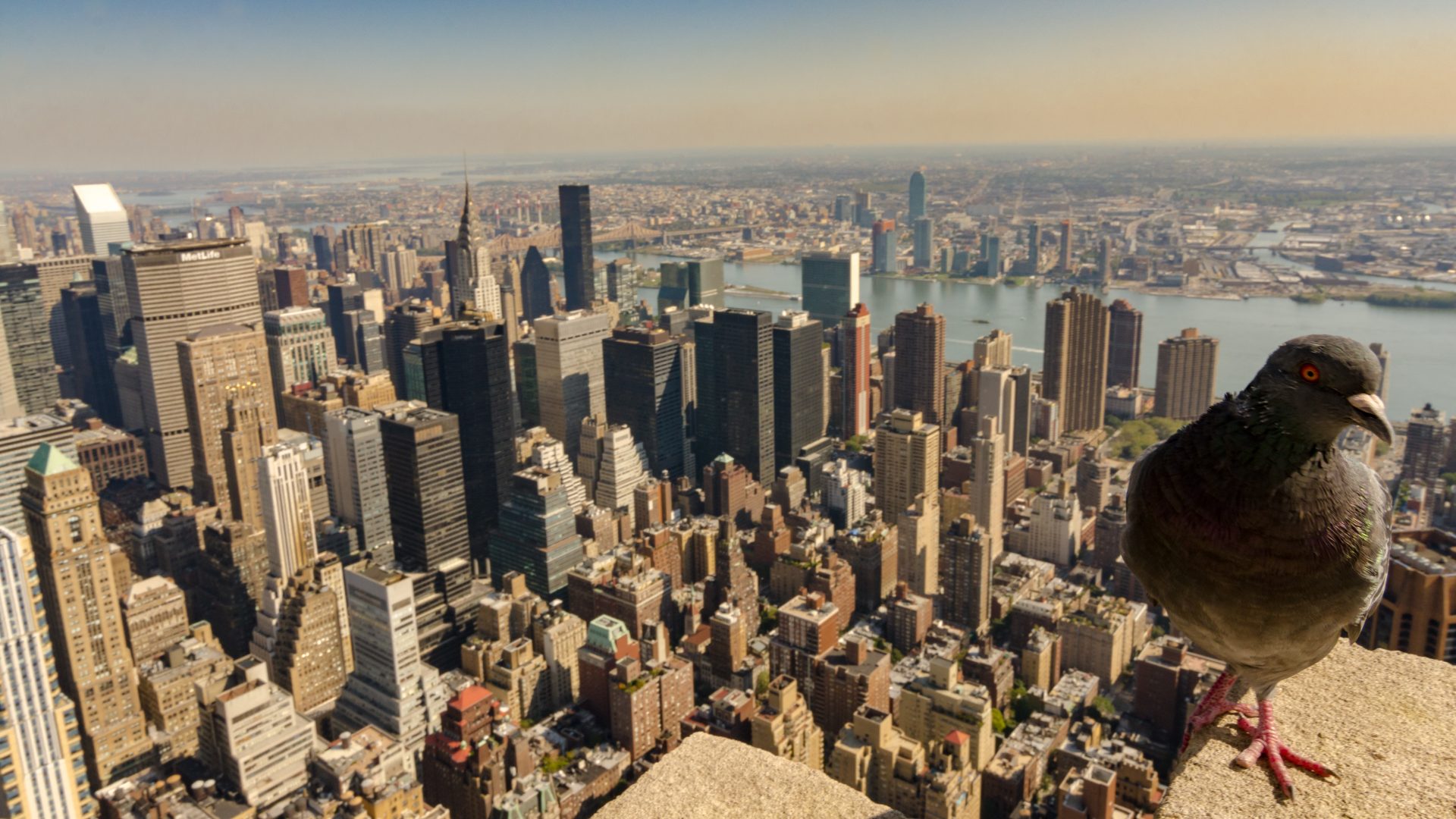 Ornithologists estimate that 330 million to one billion birds die annually in the United States due to glass collisions, fatalities that can be prevented by the adoption of several emerging building strategies.

Dan Piselli, the Director of Sustainability for architecture firm FXCollaborative, recently joined an alliance of groups – including New York City Audubon, the American Bird Conservancy, and the local chapter of the American Institute of Architects – that lobbied the New York City Council on the potential benefits of a proposed law that would require the use of bird-safe glass on all new construction projects.

“The bird-glass collision issue is part of a larger problem with human impact on the environment,” Piselli testified before the council’s Committee on Housing and Buildings on September 10.

“As architects, we often use glass to connect people with nature, but if done wrong, that glass can literally kill the nature we seek to connect with,” he said.

Depending on the location, light conditions, and time of day, building glass and windows can appear highly reflective or completely transparent; and by appearing similar to open sky, trees, and vegetation, it causes birds to mistake the space as a safe place to fly.

The continued proliferation of glass buildings constructed across New York City has exacerbated the problem, especially at this time of the year as the city sits in the Atlantic Flyway, a major north-south route migratory birds take each fall.

Bird-friendly glass prevents bird collisions by making the glass visible to birds by adding patterns to glass surfaces with frit, silk screening, or ultraviolet coatings, Piselli told the council, adding only a fraction of a percent to the overall cost of an average new city building.

“I’ve been working with these types of solutions since 2005 and have been involved with a number of buildings in the City that have mitigated collisions,” Piselli said.

“The Javits Center was once known as the worst bird-killing building in the city. We (FXCollaborative during a 2014 renovation) replaced the original tinted and reflective glass with a less-reflective type that has a pattern of tiny dots. This change reduced bird fatalities by more than 90 percent, while also reducing air conditioning loads and saving energy,” he said.

“At the Museum, there was a National Park Service goal to avoid collisions. There, we used a different dot pattern which enables views into the building to see the historic torch and outward to see the Statue,” Piselli said.

The firm used bird-safe solar shading devices at The New York Times headquarters tower, designed in collaboration with Renzo Piano and completed in 2007. FXCollaborative’s first design using bird-safe glass was in 2005 at the Bronx Zoo’s Center for Global Conservation.

“While we’ve had success implementing bird-safe glass with institutional clients, commercial building owners are hesitant because of a market expectation for lots of clear glass, and concerns about cost,” he said.

“We urge the Council to incorporate the recommended proposals and approve this bill. It will help New York City lead on this important issue, and it will help the design and construction community make better more responsible buildings,” Piselli said.

What are some of the specifics of the proposed new regulation?

Does this legislation apply to new and old buildings?
• The new regulation applies to new construction only. Existing buildings
are not included in this version of the legislation being considered by
the City Council

Do other major cities have laws about bird-friendly glass?
• Various forms of bird-safe building standards have been adopted in
Minnesota; Oakland; Portland, Oregon; San Francisco; and Toronto
• New Jersey Senator Corey Booker — along with Representatives
Mike Quigley of Illinois and Morgan Griffith of Virginia — have intro
duced federal legislation which seeks to require bird-safe features in
new federal buildings

How do bird-proof glass costs compare to normal glass? What about
overall building costs?
• It is estimated that bird-friendly glass may add a fraction of a percent
to overall new construction costs.
• New technologies such as UV patterns are new to the market and
may cost more.
• Frit, solar shading devices, and other bird-friendly measures are often
used for aesthetic reasons, or to reduce energy use in buildings. In
such cases, the bird-friendly aspect represents no additional cost.

Why are bird strikes prevalent in New York City?
• New York City sits in the Atlantic Flyway, a major north-south flyway
for migratory birds every spring and fall.
• As migratory birds (including sparrows, juncos, buntings and warblers)
stop, rest and forage in the city’s parks, trees and other green spaces,
they risk colliding with glass buildings and other glass structures that
they do not perceive as barriers. The continued proliferation of glass
buildings constructed across the metro area has exacerbated the
problem.
• Non-migratory birds like pigeons have adapted to the urban environ
ment and generally do not collide with glass.

How many birds are killed in building collisions each year in New York
City? In the United States?
• It is estimated that 330 million to one billion birds die annually by glass
collisions in the US, according to scientists and experts at the Ameri
can Bird Conservancy and the Smithsonian

• New York City Audubon estimates that between 90,000 to 230,000
birds die annually in collisions with glass in New York City

What type of buildings are prone to collisions?
• Most bird-building collisions happen where birds rest and forage,
generally from the ground up to around the tree canopy. While some
common urban tree species can grow over 100 feet tall, experts
recommend bird-friendly glass be used up to 75 feet as a practical
limit that correlates to the building code definition of a “high-rise”
• The upper stories of skyscrapers pose relatively small threat to birds
because bird habitat is around the tree canopy level and below.