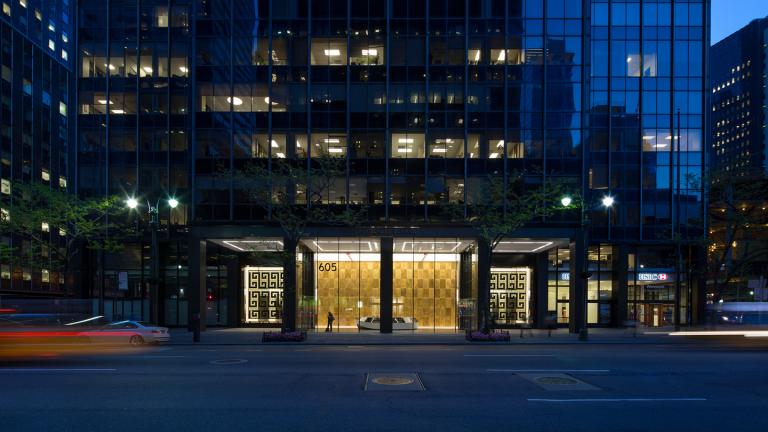 Valerie Wilson Travel, a travel consulting firm with 15 offices across the U.S., signed a new 10-year lease to occupy 25,258 s/f across the entire 19th floor and a portion of the 24th floor.

The firm will relocate its headquarters from 475 Park Avenue South in early 2018.

Meridiam, a public infrastructure investment firm, signed a new 10-year, 11,823- s/f lease to occupy a portion of the 36th floor.

The company is currently a subtenant at 605 Third Avenue and will move into its new space in 2018.

And Orangetheory Fitness, a fast-growing fitness franchises, signed a 10-year, 5,761 s/f lease to occupy retail space on the ground and concourse levels. The new fitness studio is slated to open next year.

Since completing a $25 million capital improvement program in 2016, Fisher Brothers has completed 261,000 s/f of new office leases and renewals, as well as another 10,000 s/f of ground floor retail, at 605 Third Avenue.

The centerpiece of the 605 Third renovation was the creation of a new building entrance and lobby, designed by David Rockwell and the Rockwell Group.

The entrance of the building was extended out onto the plaza and David Rockwell and the LAB at Rockwell Group worked with Fisher Brothers to install two oversized digital glass windows, each composed of 900 translucent tiles, which have been designed and programed to function as giant kaleidoscopes featuring a continuous series of computer-generated patterns.

These unique panels function as a form of public art visible from within the lobby as well as to passersby on the plaza.
“605 Third Avenue continues to attract a wide range of companies that are drawn to its great Midtown location and unique blend of corporate and cutting edge features as embodied by the renovation. We are pleased to welcome Valerie Wilson Travel to our esteemed tenant roster,” said Fisher Brothers partner Ken Fisher.

“We strive to provide our tenants with a best-in-class experience and view this long-term lease signing with Meridiam, which has been a subtenant at the building, as a validation of our efforts,” added partner Winston Fisher.

“We are also thrilled to have a dynamic brand like Orangetheory Fitness coming to 605 Third Avenue and know our tenants will appreciate having such a high-quality amenity at the building.”