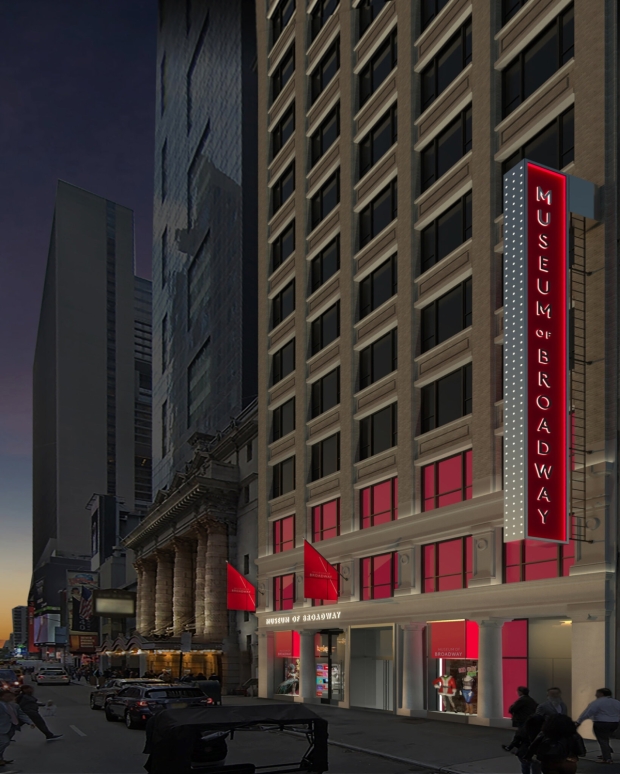 First-ever Museum of Broadway to open at 145 W45th Street

The Museum of Broadway, the first-ever permanent museum dedicated to the storied history, legendary artistry, and lasting legacy of Broadway musicals, plays, and theatres, announced it has signed a 26,200 s/f lease at 145 West 45th Street in Midtown Manhattan.

It will be located in the heart of Times Square at 145 West 45th Street, in the space formerly occupied by O’Lunney’s Times Square Pub and right next door to the Lyceum Theatre, the oldest continually operating theater on Broadway.

Founded by entrepreneur and four-time Tony Award-nominated producer Julie Boardman, and Diane Nicoletti, founder of experiential agency Rubik Marketing, the interactive and immersive experience will offer guests a look at the rich history of Broadway, a sneak peek behind-the-scenes, and a chance to personally engage with the “Game-Changing” shows that redefined Broadway forever.

The Museum of Broadway will also include a retail store, created in partnership with Creative Goods, that will sell everything a Broadway fan could want, from show-specific merchandise to bespoke products from small local businesses.  It is expected to open in the summer of 2022.

LCOR has a team to redevelop Lackawanna, but still short on plans