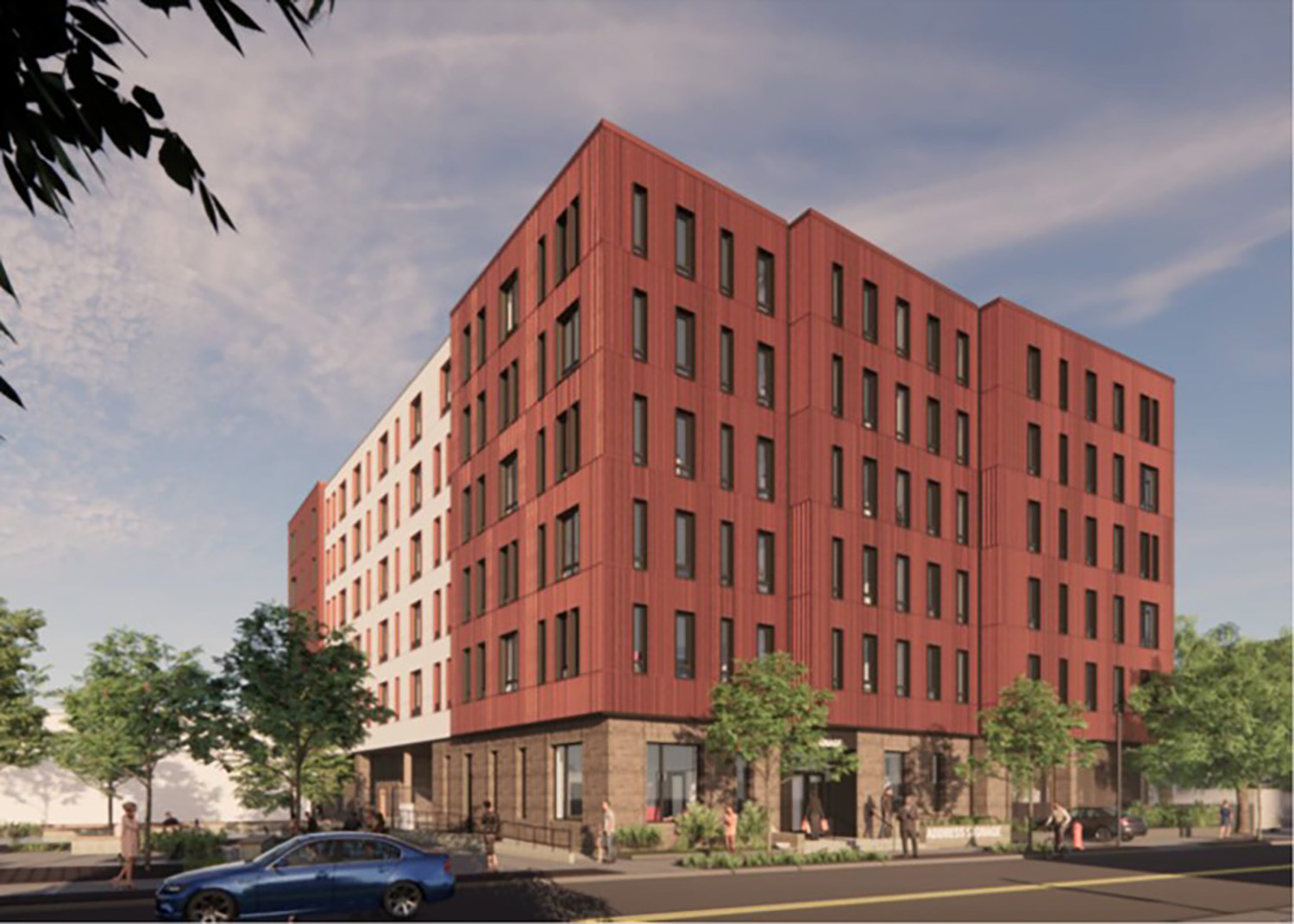 Financing is complete for 1599 Columbus Avenue in Boston, where 65 New Affordable Apartment Homes Will Be Constructed as Part of the Jackson Square Redevelopment

Today, MassHousing, the City of Boston, the Massachusetts Department of Housing and Community Development (DHCD), and Urban Edge, announced the completion of financing for the 65-unit, 1599 Columbus Avenue in Boston, which is part of Jackson Square Redevelopment. All 65 units at the new building will be affordable to lower-income residents.

“I am so pleased that the City of Boston is able to support the construction of this new transit-oriented, income-restricted housing as a commitment to the continuing revitalization of Jackson Square,” said Boston’s Chief of Housing, Sheila Dillon. “I want to thank Urban Edge, MassHousing, and all our partners for their work to revitalize Jackson Square, create 65 units of housing that will further build a vital and vibrant neighborhood.”

“The Commonwealth is proud to advance Urban Edge’s plans to create 65 new units of affordable housing in Boston’s Jackson Square,” said Housing and Economic Development Secretary Mike Kennealy. “As we continue working to address Massachusetts’ housing shortage, every unit counts in delivering a safe, quality, and affordable home for our residents.”

“The development of 1599 Columbus Avenue is another exciting milestone in the community-driven redevelopment of Jackson Square, and MassHousing is excited to join our public and private sector partners in helping bring this project to life,” said MassHousing Executive Director Chrystal Kornegay. “We congratulate Urban Edge for its work to fulfill the community’s vision for a lively and inclusive Jackson Square.”

“The story of Jackson Square is a genuine ‘place-making’ triumph. Our mission every day is to develop stable and thriving communities: vibrant places that are welcoming and nurturing for those who live and work there,” said Emilio Dorcely, CEO of Urban Edge. “We are happy to be bringing more affordable housing and new economic opportunities – with 1599 Columbus Avenue – that will further enhance this wonderful neighborhood.”

The development of 1599 Columbus marks a major milestone in the revitalization of Jackson Square. The 65-unit development broke ground in September and will provide affordable housing at a variety of income levels. 1599 Columbus is part of the ongoing redevelopment of Jackson Square, a process which brings an influx of affordable housing and economic opportunities to the neighborhood and its residents. Over the past 12 years, the Jackson Square Redevelopment has created 487 mixed-income, transit-oriented rental homes while transforming the neighborhood into a vibrant and walkable community.

The new affordable housing is being delivered through a broad array of financing sources including, MassHousing, DHCD, the City of Boston, Massachusetts Housing Investment Corporation (MHIC), Silicon Valley Bank, Eastern Bank, the US Department of Housing and Urban Development, the Massachusetts Housing Partnership (MHP), and equity financing from the sale of state and federal Low Income Housing Tax Credits (LIHTCs).

MassHousing has committed approximately $21.4 million in short-term and long-term conduit financing through the Agency’s Conduit Loan Program. MassHousing issued tax-exempt housing revenue bonds purchased by Eastern Bank and the proceeds will be used to fund both the construction and permanent loans and the bridge loan for the project. MHP will purchase the long-term bonds from Eastern Bank following substantial completion and issue the permanent loan.

Other financing sources include approximately $20.8 million in federal and state Low Income Housing Tax Credit equity, $5 million in direct support from DHCD including $2.25 million in supportive housing funds underwritten by the Community Economic Development Corporation (CEDAC) on behalf of DHCD, $1 million from the Affordable Housing Trust Fund, which MassHousing manages on behalf of DHCD, $4.7 million in City of Boston financing, and $57,478 from the Massachusetts Clean Energy Center. Silicon Valley Bank and Eastern Bank are providing a $24 million construction loan, and Silicon Valley Bank is investing in the tax credits through MHIC, the tax credit syndicator. Acquisition financing was provided through the City of Boston, CEDAC, the Local Initiatives Support Corporation Boston, (LISC), and Home Funders.  Pre-development financing was provided through The Life Initiative.

The general contractor is Bald Hill Builders. The architect is Utile, Inc., and the management agent will be WinnCompanies.  Construction is expected to be completed in spring of 2024.