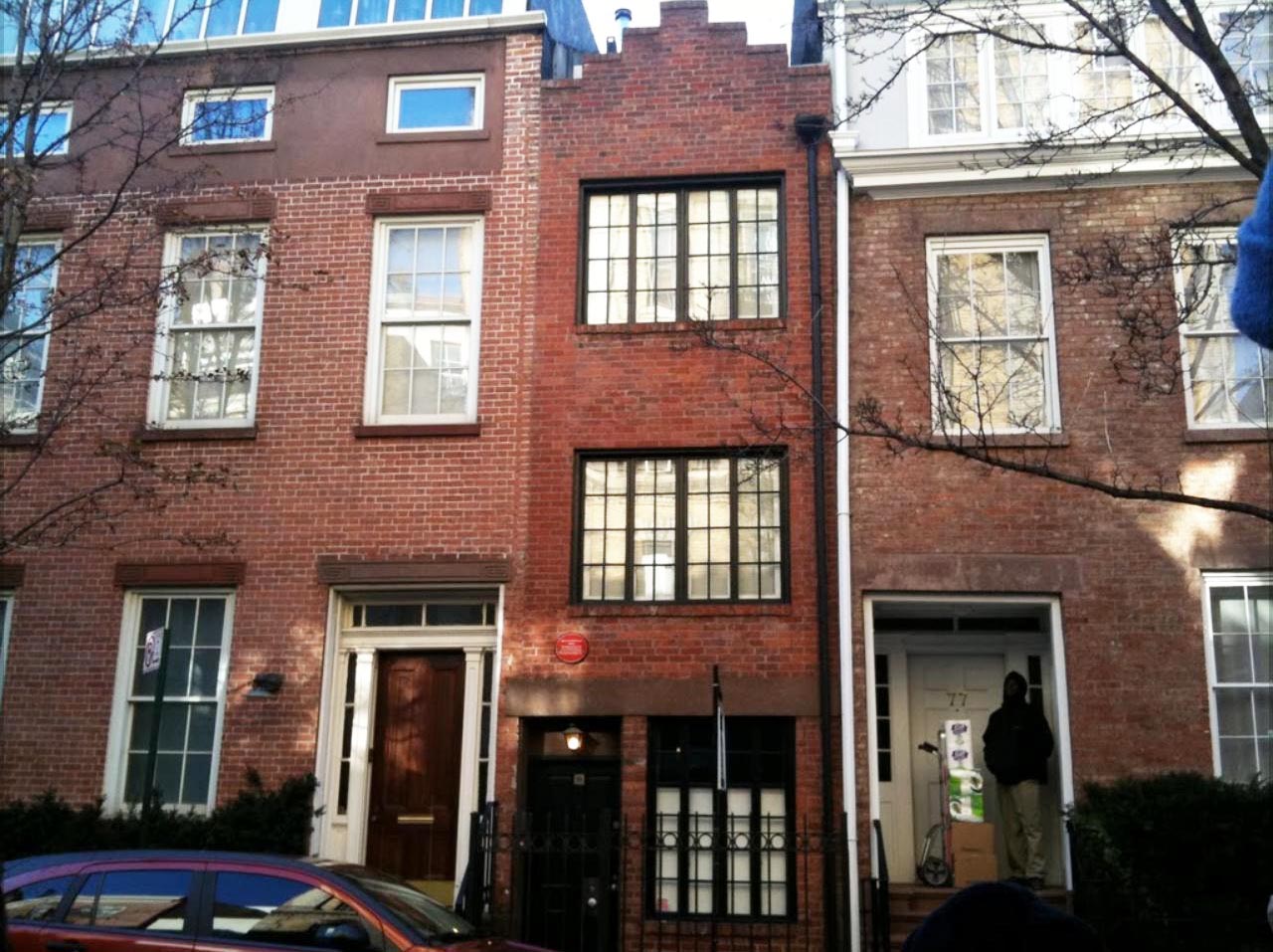 James Oakley, the director of the upcoming Uma Thurman comedy The Brits Are Coming, has sold his 19th century West Village townhouse for $7.8 million, according to documents filed with the city.

The property, located at 75 Bedford Street, is a three-bedroom, three-bath home.  The 3,400 s/f property has a fireplace and a roof deck. It also shares a garden with 75 1/2 Bedford Street, which is famous for being the narrowest house in New York City.

According to a 2015 New York Times profile on Oakley, the home was redesigned by Fernando Santangelo, whose previous work includes the revamping of public spaces of Los Angeles hotel Chateau Marmont. Oakley was said to have invoked “a men’s club or grand hotel gone ever-so-artfully to ruin” with the renovations.

Oakley’s other directing credits include The Devil You Know, which starred Rosamund Pike and Jennifer Lawrence.

He bought the home for $5.8 million in 2012. Three years later, the property was back on the market with an asking price of $12.5 million. The buyer was 75 Bedford Street LLC.