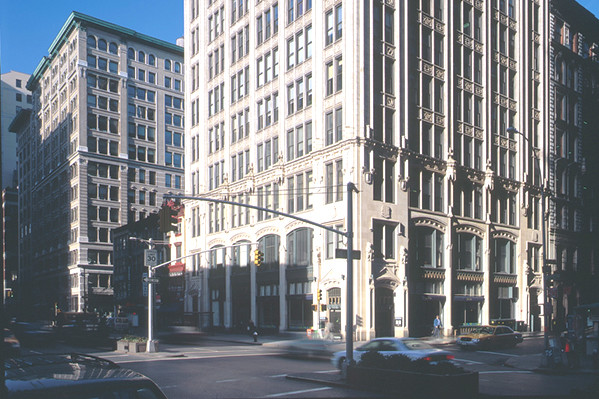 The Feil Organization has signed three major tenants within its Midtown South portfolio.

Ernst & Young has renewed and nearly doubled its space at 841 Broadway for a total of nearly 27,000 s/f comprising the entire fifth and eighth floors.

“These leases represent significant expansions for all three companies, all of whom are poised for more growth in the future. Our ability to accommodate this growth has been a key factor in making these transactions happen. The close proximity of the buildings in the portfolio gives our tenants the flexibility to add space when needed,” said Robert Fisher, Director of Commercial Leasing for The Feil Organization.

“EY has been a valued tenant at Feil’s 841 Broadway for some time, and we welcome DCG and Bulletproof, which are two of the most dynamic companies in their respective fields.”

Built in 1912, the 20-story 257 Park Avenue South (known as the Gramercy Park Building) is located between 20th and 21st Streets in the Flatiron District.

Also known as The Roosevelt Building, the eight-story 841 Broadway has been renovated to include upgraded elevators, a modern lobby, and more than 52 newly installed windows.