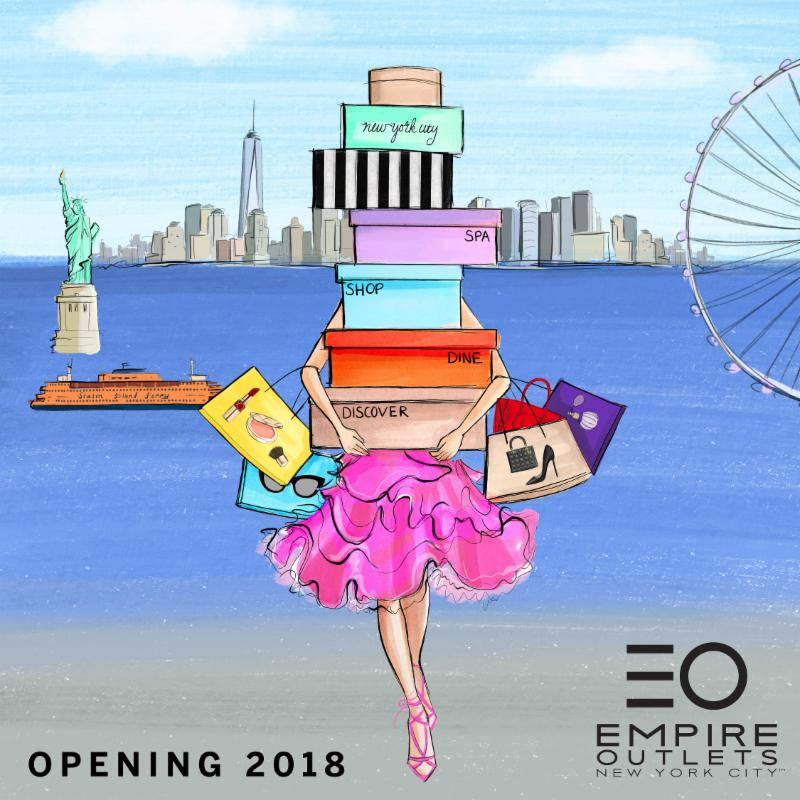 Her campaign is focusing on building brand awareness with couture designers and foreign and luxury brands for the new development.

The illustrator joined the BFC Partners team through Faith Hope Consolo, chairman, of the Worldwide Retail Marketing, Leasing and Sales team at Douglas Elliman, who is Luxury Retail Consultant for Empire Outlets.

“What Holly Nichols brings is the careful eye, the bright colors and the curved lines that are the essence of what fashion and style mean today,” Consolo said. “With her magical markers, Holly brings forth the vivaciousness of life, creativity and fun, and, of course, that means shopping.”

Recent department store campaigns by the artist were credited for driving shoppers to their doors. Limited edition Holly Nichols Illustration art is sold on Etsy, where her work has 8,000 likes; her Instagram following of fashion and art lovers from around the world exceeds 600,000.

“Through art, we’ve found a way to conceptualize the unique experiences and adventures visitors can have at Empire Outlets, and what we’ve come up with is exciting,” said Nichols. “As this innovative project comes to life, I believe my art and illustrations will give a sense of what Empire Outlets can be, and I’m looking forward to sharing that vision with shoppers.”

The new Empire Outlets brand campaign comes as BFC Partners aims for the most interesting designers and luxury brands to complete one of the largest new retail developments in the country, with 350,000 s/f of new construction and major infrastructure improvements.

The focus is now on the elite brands and international designers that should be featured in New York City’s first and only outlet destination.

“Just as Empire Outlets is illustrating the future of Staten Island’s North Shore, Holly Nichols is painting a picture of what we’re building for millions of tourists and local shoppers” said Joseph Ferrara, principal at BFC Partners. “It’s thrilling to work with Holly as her artwork makes Empire Outlets’ world-class shopping and dining experience come to life.”