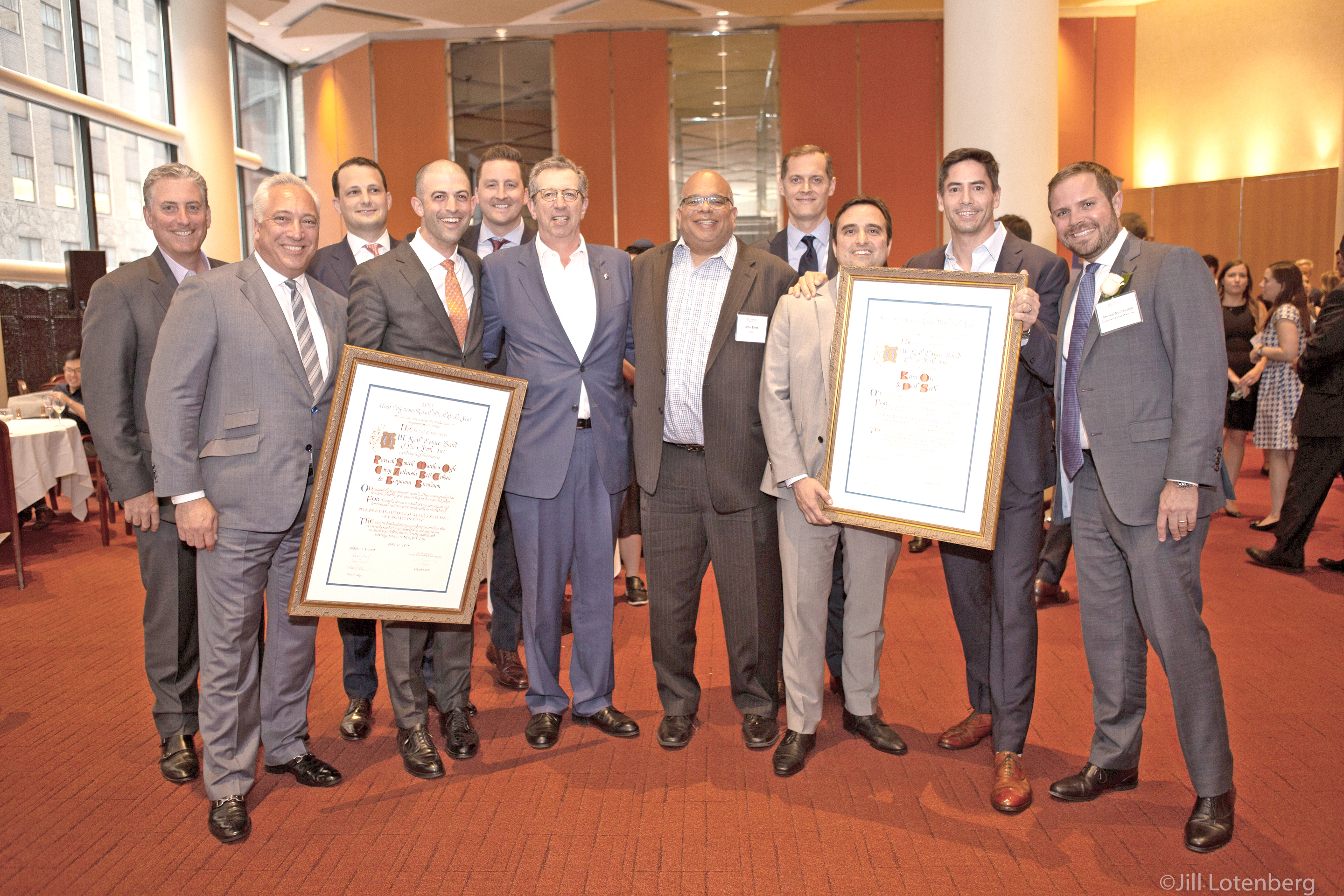 An iconic toy store relaunching its flagship and a fitness phenomena powering into the new Hudson Yards have earned the Real Estate Board of New York’s 2017 retail honors.

Recognized as the most meaningful transaction in its importance to the New York City retail market, FAO Schwarz relaunch at Tishman Speyer’s 30 Rockefeller Plaza, transacted by Kenji Ota, Executive Director, and Neil Seth, Director, of Cushman & Wakefield, was honored as The Most Significant Retail Deal of the Year.

The Most Ingenious Retail Deal of the Year title was awarded to a team from JLL and Newmark for their 32,000 s/f lease for Peloton at Brookfieldʼ5 Manhattan West.

“At this time in New York, as the retail market is in a state of transformation, the work by this year’s Retail Deal of the Year Award winners demonstrate the critical importance of brick-and-mortar space to the life and growth of businesses old and new,” said REBNY President John H. Banks.

“The retail brokers’ achievements are a model for other retailers and brokers as they navigate opportunities in the evolving retail sector.”

After FAO Schwarz shuttered its longstanding Fifth Avenue location in 2015, many mourned the children’s store’s demise. Kenji Ota — picking up the same award for the second year in a row — said there were a number of challenges getting the flagship open at the Roc Center.

“I think with all the negativity that’s come with retail in general, not only nationally but within this city, it shows that retail is still very strong here,” Ota said. “And I think with such an iconic brand and to bring it back, it was such an honor.”

According to REBNY’s retail committee co-chair Steven Soutendijk, the Peloton deal was notable for moving a modern company into an “unproven location.”

“The deal basically threw up every hurdle you can imagine and both teams managed to overcome them,” Soutendijk said.
NKF’s Birnbaum said that the space was a perfect fit for a tenant like Peloton.

“I think Peloton is an innovative, disruptive brand and companies that are moving to Hudson Yards in the far West Side are similar in their mentality,” the broker noted.