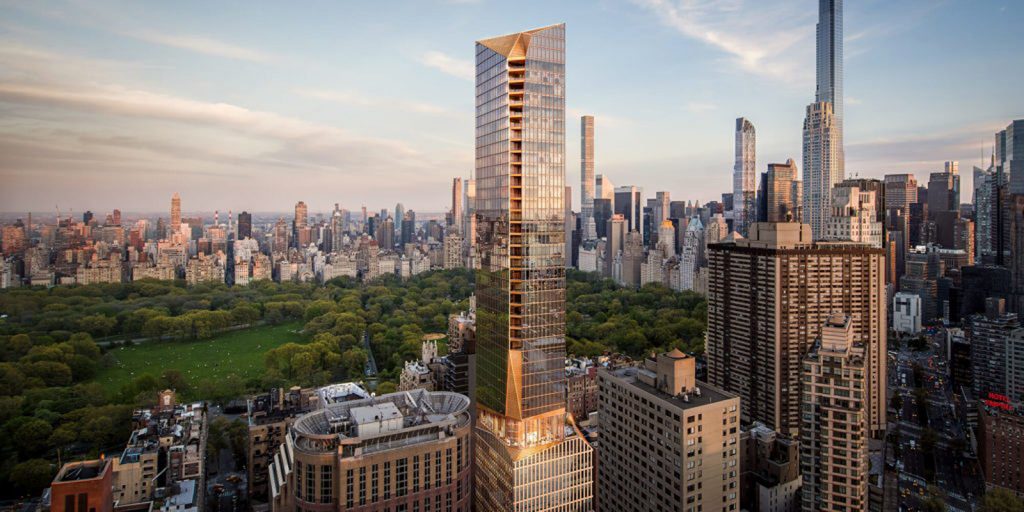 The company just announced that it has signed a joint venture agreement with Tennor Holding B.V., a global investment holding company run by German entrepreneur Lars Windhorst to co-develop the 775 ft. residential tower on the Upper West Side between Central Park West and Columbus Avenue.

“Despite the current challenging environment, Tennor has a long-term belief in New York’s global importance and is undertaking a material investment in the City to support local jobs, tax revenues and communities,” said Windhorst, chairman of the Advisory Board of Tennor Holding B.V.

“As well, we are excited to invest and partner with Extell in this premier development.  Extell has an extensive track record across New York residential projects which includes One57 – the record-breaking glass tower, Central Park Tower, Hyatt Times Square and Hudson Yard’s 555TEN to name a few.”

50 West 66th was designed by Snøhetta, whose notable projects include the Norwegian National Opera and Ballet, and the San Francisco Museum of Modern Art expansion.

Earlier this year, the Board of Standards and Appeals upheld the city’s Department of Buildings’ approval for the tower following opposition from local landmarks groups that it was using mechanical voids to increase the height and create the tallest building on the Upper West Side.

The building will feature 127 condominiums over 38 floors with amenities that include an indoor pool, full basketball court, squash court and bowling alley. The 20th floor will be dedicated to additional resident amenities including a great room and business center, as well as a landscaped terrace with an outdoor pool, spa and fire pit.

“We are pleased to work with Tennor on this premier project,” said Gary Barnett, charmain and founder of Extell Development Company.  “We believe the superb location, views, and design will make it one of the most desirable residential buildings in New York City and expect it to be a great success for both Extell and Tennor.”

No details of the JV were disclosed. Extell previously secured financing from Natixis totaling $314 million for the acquisition and pre-development costs of the project.