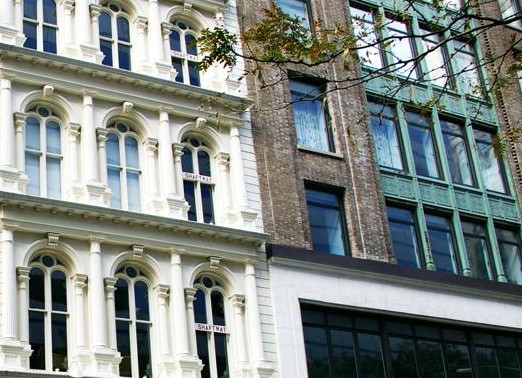 Dov Hertz’ DH Property Holdings has flipped three Tribeca properties bought in the spring from EJ Realty as part of a 10-building portfolio.

In April , Hertz partnered with FBE Limited to buy the Tribeca trio as part of a $125 million package of mixed-use rentals and one office building in Manhattan and Brooklyn, according to The Real Deal. The seller was EJ Realty, a company led by Jeffrey Braun and Efraim Lesser. Braun is the father-in-law of Extell CEO Gary Barnett who is reportedly cashing out on a portfolio amassed over decades.

41 White Street is a 12,000 s/f mixed use walk-up built in 1915. It has seven apartments and one retail store. 45 White Street is a 33,500 s/f elevatored property with 18 apartments. The ground floor retail is occupied by high end atelier, Haus Alkier. Also built in 1915, 74 Franklin is a four-unit residential building with a ground floor showroom occupied by contemporary furniture brand, Uhuru Design.

Barak Jacobov of GFI Realty Services represented the buyer and the seller.

Vogel did not return calls seeking comment on the deal, however, Benchmark has been restructuring its own portfolio in recent months.

Last month, the company sold 200 East 11th Street in the East Village – another apartment building with prime ground floor retail – for $57 million after making $25 million on the retail alone in 2015. In all, Benchmark has offloaded nearly $200 million in mixed-used Lower Manhattan assets over the past 18 months or so. Vogel previously told REW of his firm’s strategy, “We are opportunistic and I would sell anything for the right price.”

Hertz, the former Extell Development acquisitions chief who co-founded DH Property with Aaron Malitzky in 2016, did not return a call seeking comment.